~ Afternoon Tea ~
...The Enjoyment of Drinking Tea Like the British Patrician...

British people are illustrious as a fan of tea. England is the country outside of Asia, which is known as the world's largest tea consumer. Since it was first introduced in the 17th century, the popularity of tea in Britain is so shot. This popularity led to the motto of "Tea Time" which eventually became an essential activity in the lives of the British people. British people predilection for tea evolved a tradition of drinking tea in the afternoon which is known as the "Afternoon Tea". The characteristic of this tea-related ritual is the tea served with snacks that arranged in the three-tier tray.

● The Origins of “Tea Time” Tradition in England 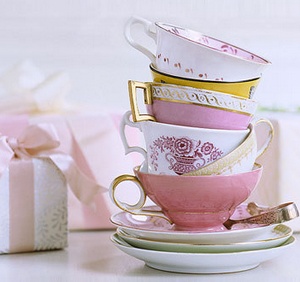 Tea was first introduced in Britain in 1662, credited to Catherine of Braganza, who is the wife of the King of England, Prince Charles II. When she came to England, the princess brought tea leaves from the country of origin of tea, China. During a party at her house, either a garden party or private party, Catherine serving tea to The Duchess. Unexpectedly, the dish was highly favored by the guests.

Although tea is a famous beverage in Britain, however only certain people can enjoy it at the time. The price is expensive causing the tea can only be experienced by the patricians. The rising price of tea due to the tea tax rates that are still monopolized by China. “Tea Time” was known as typical activities of the patricians with the luxury equipment and specific table manner. 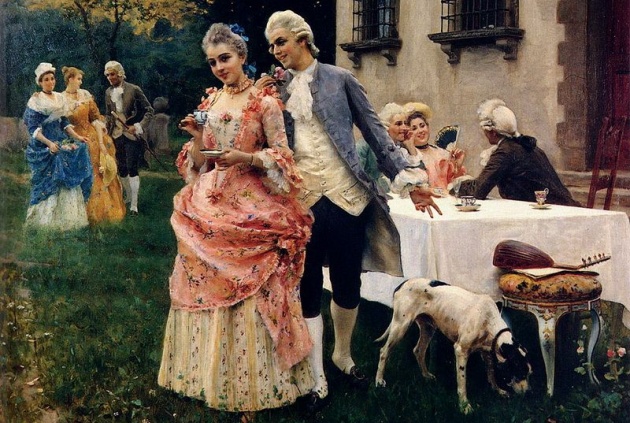 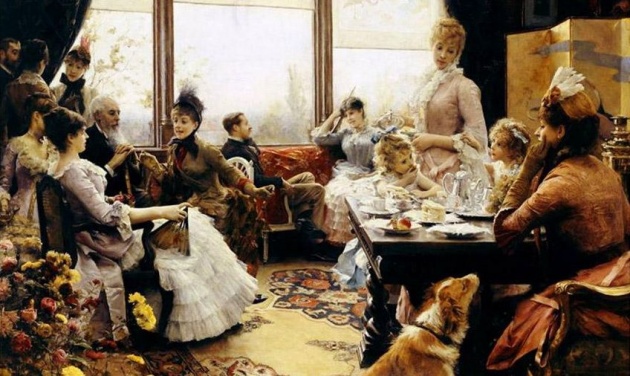 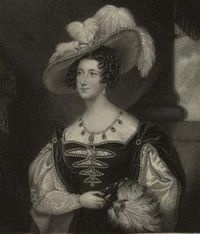 Tea is becoming increasingly popular in Britain in the mid-1800s, owing to Anna Maria (Stanhope) Russell, the 7th Duchess of Bedford. In those days, people usually only have heavy meals twice a day, ie breakfast and dinner. Since the dinner is served around eight, the time between breakfast and dinner were quite long, and it made her craving for food in the afternoon. To deal with her hunger, she ate little cakes as light meals while drinking tea in his private room to await the dinner hour. Gradually, Anna obtained an idea to invite her female royal friends for tea parties together. Quickly, the event was imitated by other patrician ladies, make these habits become popular and become one of the British Tradition. Due to this activity usually held around three to five in the afternoon, it called as "Afternoon Tea". 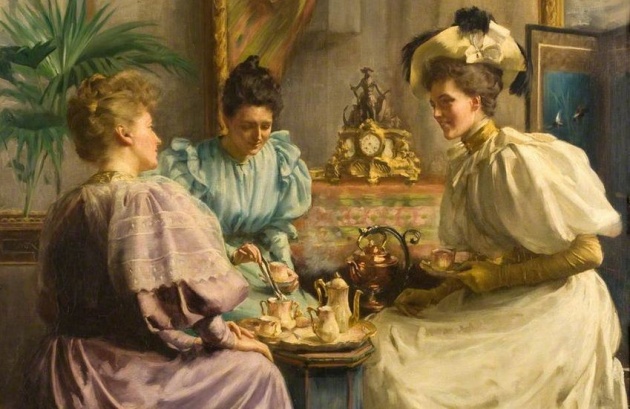 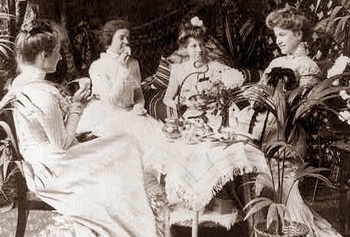 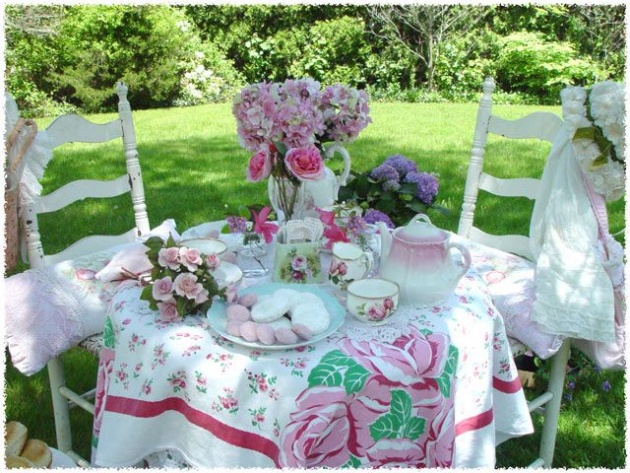 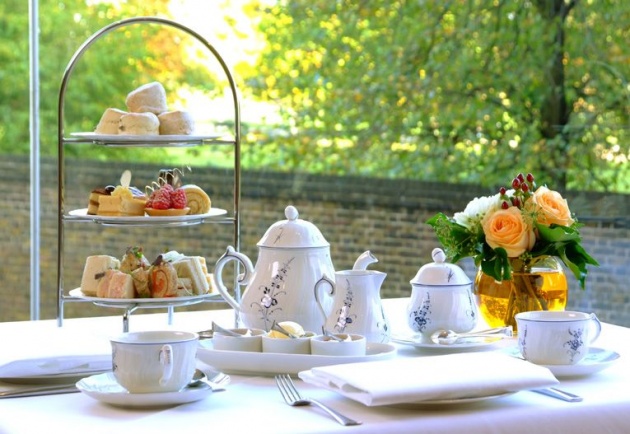 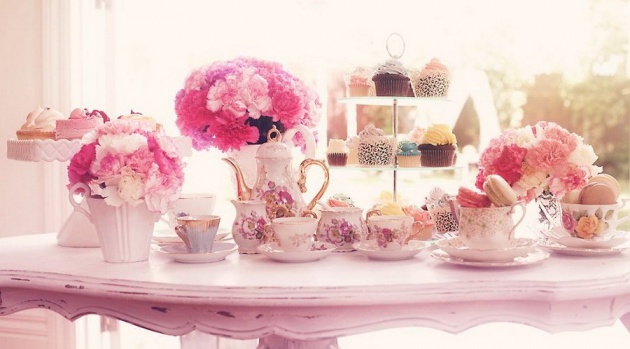 On "Afternoon Tea", tea also comes with sandwiches, sweet cakes, and the scone (British traditional pastry that served with jam and clotted cream). Those courses are served on high-tier tray, which sweet foods placed on the top. There’s specific way to eating the scone in the "Afternoon Tea", first you cut it into half and then add the cream in the middle of it. 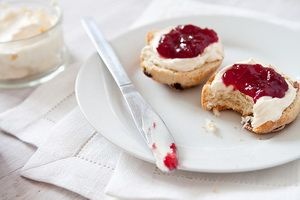 For the tea itself, when British people held the "Afternoon Tea", they’re used Black Tea with sugar block and milk to balancing the flavor. Since the old days, Black tea is the popular type of tea in Britain. This type of tea is different from the Green Tea - which is not too dense and it tend to taste sweet. Black Tea is more suitable, especially the dense one, to mixed with milk and sugar. 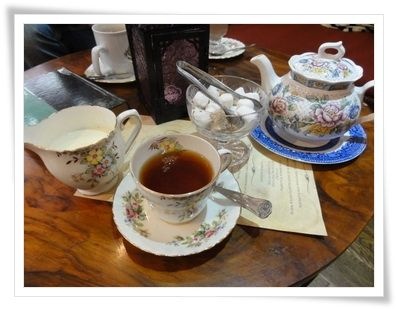 When inputting the sugar, the right way to shuffled it by moving the spoon back and forward, not in circular motion, to make sugar and tea blend perfectly.
Then, when dealing with milk, the question regarding whether pouring milk first of tea first is often arise. In old days, because the ceramic cup fragile when exposed to hot water, so milk is poured first and followed by the tea. But now, the ceramic has excellent heat resistant, so the best method is to pour the tea first and added milk after that. This approach will maintain the balance between the tea and milk.

Another manner in "Afternoon Tea" is the sitting posture should be upright. Then for the cup and saucer, the saucer must remain on the table when the cup is lifted while teaspoon is placed on the back side of the saucer. Brewed tea bag can be put in place that are already available, if it’s not available, place it on a saucer. This is to avoid the table cloth, which usually used the beautiful one, become dirty.

In England, there is two tea tradition acknowledged as "Low Tea" and "High Tea". "Low Tea" is for the upper class, while "High Tea" is affiliated to the lower-middle class. Basically, this naming is based on the type of table that used.

"Low Tea" is a tea party with a light meal in the afternoon between 4 PM to 6 PM, it also labeled as "Afternoon Tea". The term of "Low Tea" is adopted due to the dishes are served, placed on the low side table (small table such as coffee table, which is generally surrounded by a sofa). The food served in the form of tea and a sweet snack. "Low Tea" or "Afternoon Tea" is a tradition to anticipate the dinner time.

"High Tea" actually refers to the tea-drinking habits of the working class in England at that time and is usually held over the night of the "Low Tea" which is five until seven in the evening. "High Tea" is a dish for the 'working people' when they return home after working all day. Therefore, the dish is presented in the "High Tea" is more satisfying than the "Afternoon Tea". The cuisine is often in the form of bread, cheese, and salad which is served at the dining table size (the high one). This is the origin of the term "High Tea". "High Tea" is also often labeled as "Meat Tea" due to the food served not only snacks but also includes meat, sausages and other heavy foods. Unlike the "Afternoon Tea", after the "High Tea" there is no dinner. In the United States (and other countries) rarely or never even know the term "Low Tea" or "Meat Tea", they more often use the term "High Tea" or "Afternoon Tea". Where the selection of the word "high" more impressed formal and there is absolutely no relationship with the table being used. 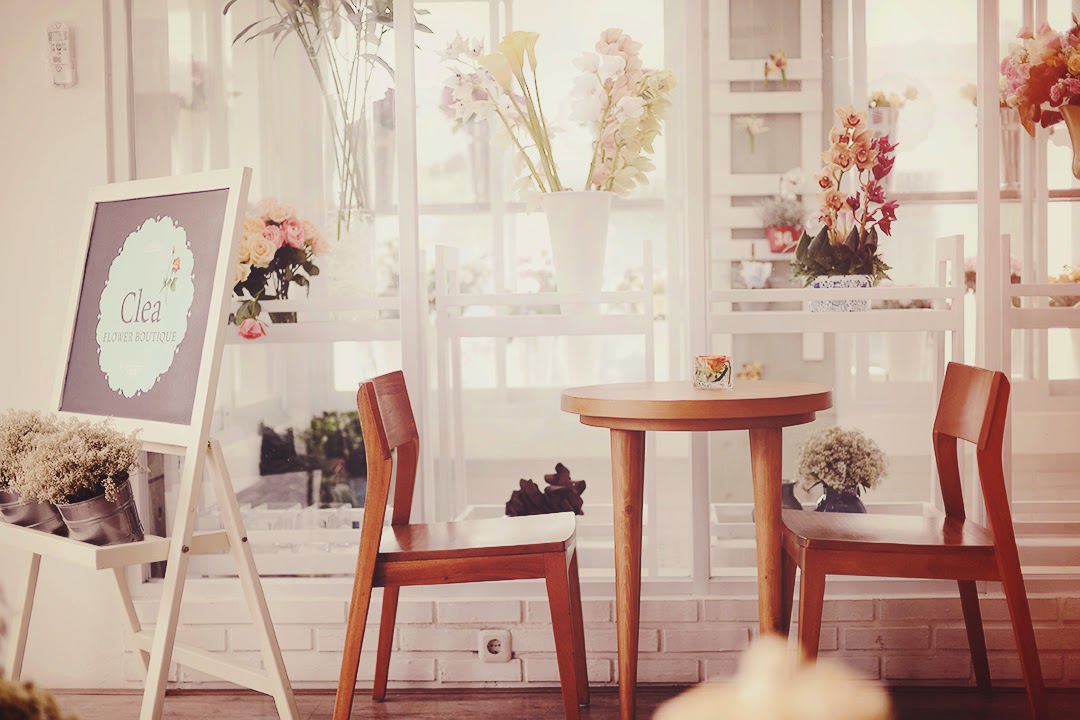 "This British tradition has been adapted by many countries in the world, including Indonesia."Afternoon Tea" has now become part of lifestyle, with the same purpose which is to socialize with peers."