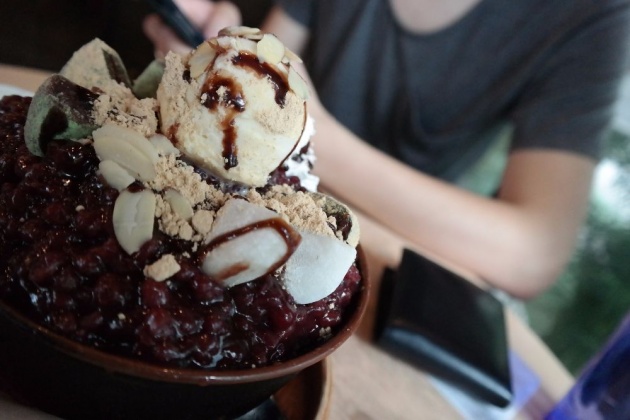 I am currently waiting for the result of my very first blog submitted about 7 days ago, supposedly for me to be able to know what needs to be improved to get at least what everyone’s ultimate dream in so far as submitting blogs, videos or gallery for review is concern that is the 5 star rating.  On one hand, I am also reluctant to write about Gelato which at first I find it uninteresting.  Maybe because I am not really familiar to it and not even know if Gelato is available both in my native country Philippines and here in my present location. 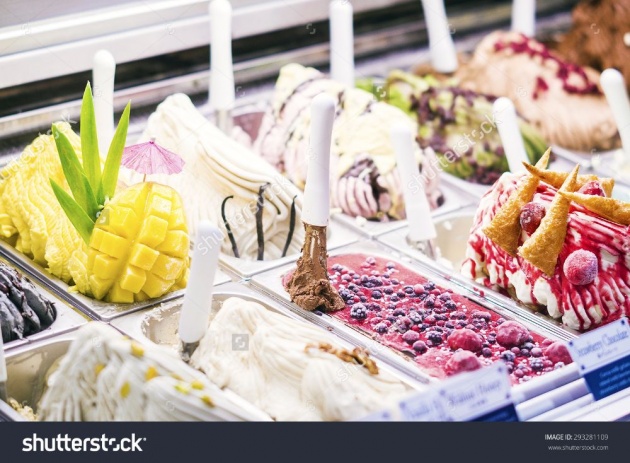 Anyhow the moment I start to research about Gelato there and then my interest about it upstretched and indeed I was able to learn a lot of things about Gelato and Ice Cream in general.  Honestly had a strong inclination about Gelato since then even made me crave to have a bite or a taste of it very soon.  Although I was not 100% decided yet to submit another blog for review I continue to read about the topic and made up my mind to submit even if my first blog is not yet reviewed. 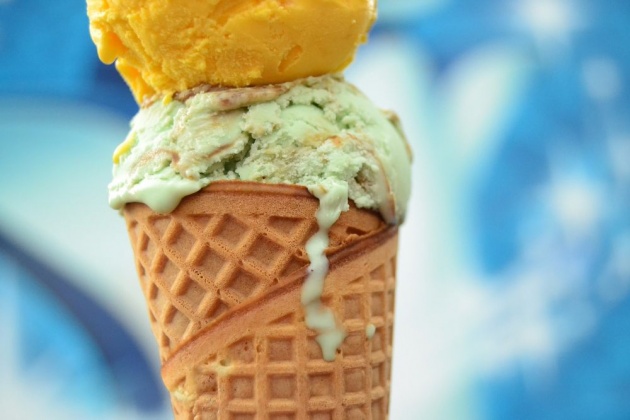 So what is really the difference between Gelato and ice Cream?  Or can we identify which is which?  I’m sure it won’t be easy for us especially those who are not really exposed into it.

Gelato (Italian pronunciation: [dʒeˈlaːto]; plural: gelati [dʒeˈlaːti]) is the Italian word for ice cream, commonly used, in English, for ice cream made in an Italian style. Gelato is made with a base of milk, cream, and sugar, and flavored with fruit and nut purees and other flavorings. It is generally lower in fat, but higher in sugar, than other styles of ice cream. Gelato typically contains less air and more flavoring than other kinds of frozen desserts, giving it a density and richness that distinguishes it from other ice creams. - Wikipedia

From this definition, Gelato can be considered as an Ice Cream or another kind of Ice cream.  That means Gelato and Ice Cream is generally the same and differs only to their composition and nutritional value. But partly I am wrong to say that. According to experts, Gelato is more creamy and dense than ice cream and is often lower in calories, fat and sugar. 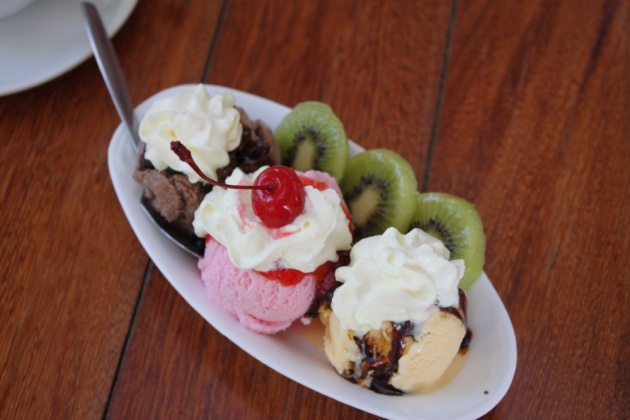 Moreover according to Wikipedia, In Italy, by law, Gelato must have at least 3.5% butterfat. In the United States, there is no legal standard of definition for Gelato, as there is for ice cream, which must contain at least 10% butterfat.  I was really surprised with this, I mean I never thought that Ice Cream and Gelato in some part of the world has to follow legal standards.

As I understand Gelato originally came from Italy and it was available in market since 1920s started with only one Gelato cart and now in Italy alone there are already 5,000 Gelato shops which employed more than 15,000 employees, outside of Italy the bigger number of shops selling Gelato is located in UK, France, Germany and Europe in General not to mention those in the US which I will be talking about later. With this in mind I can say that the business is really booming so what must be the secret? 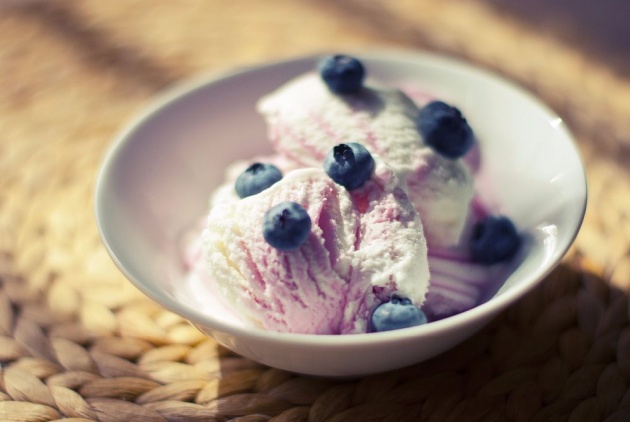 Traditional Gelato contains 3-8% milk fat way lower than high end Ice Cream which normally contains an average of 14-17 milkfats. That’s because unlike ice cream, which commonly uses mainly cream as the base, traditional Italian gelato uses fresh milk, thus reducing its overall fat content.  And since Gelato uses fresh milk, it is the best source of calcium for those who are non-milk drinkers. 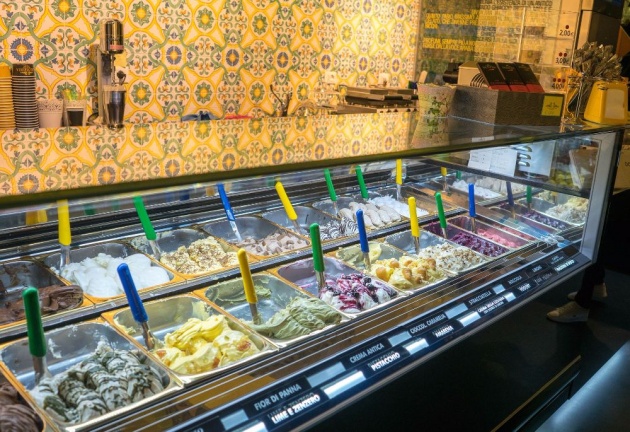 For traditional flavors, like hazelnut and pistachio, people may benefit from the variety of antioxidants, phytochemicals, essential minerals and high levels of protein these nuts provide plus vitamin B, calcium and phosphorus. These are very essential for good health, good for children, seniors, pregnant women as well as athletes. 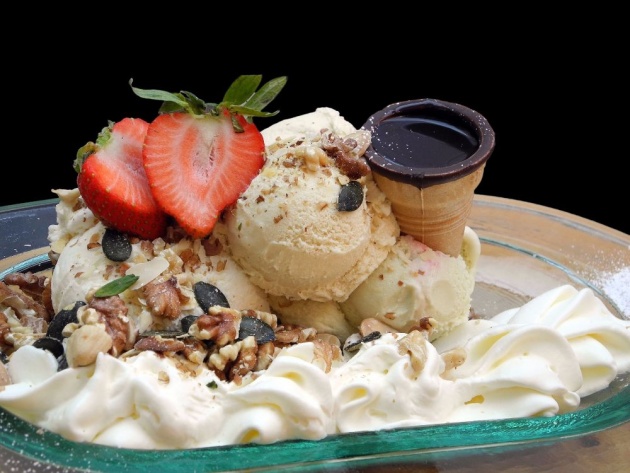 3) Fat-Free but not Sugar-Free- We should not fall into a misconception that Gelato does not contain sugar although it has but in moderate amount. On average, a 3.5-ounce serving of vanilla Gelato contains 10 grams of sugar.  The lower fat content of Gelato is responsible why your taste buds experience the flavors more intensely, hence Gelato does not need as much sugar as ice cream.  Moreover fruit flavored Gelato may also contain additional sugar due to the natural sugar found in fruits. So if you are particular with calories and sugar, you may request your Gelato without toppings or sauces. 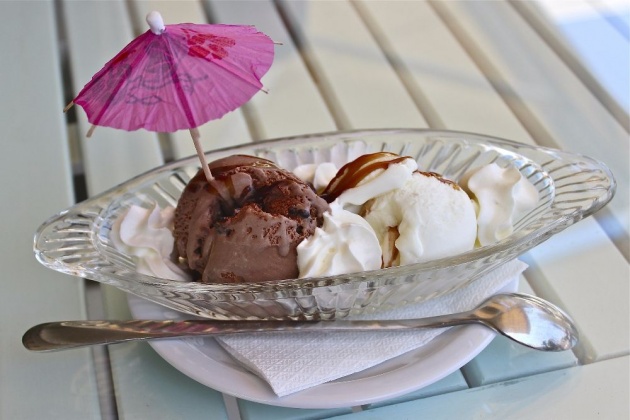 5) Gelato is gluten-free. Those who are suffering from diabetes can actually consume Gelato in moderate amounts since the sugar used is in the form of saccharose which is composed of glucose and fructose, this kind of sugar does not raise the glycemic levels as much as others.  And so if you are also allergic to cakes, breads and other desserts that contain flour, you may consume Gelato instead.

SOME FAMOUS BRAND/GELATERIA ALL OVER THE WORLD

1.       Graeters authentic Gelato.  They are based in Ohio, USA and offer next day air delivery to selected locations.  This brand looks so yummy and I would love to have a taste of it perhaps when I get to places where they have branches.  You may click here if you want to visit their website.

2.       Gelato Mio.  This gelateria is located in Queensland, Australia, They brag about their authentic Italian gelato using traditional techniques and claim to be only the best local produce.  I suggest if you live in Queensland visit this link to bring you to their official website and experience their Gelato.

3.       IL Gelato Hawaii.  If you are living in Hawaii, I’m sure you know this very cozy gelateria which offers a wide variety of Italian gelato.  And for those who are new in Hawaii try to visit IL Gelato Hawaii and experience the difference.  Click here to see more of IL Gelato Hawaii.

4.       Breyers Gelato.  This brand has been originated from Philadelphia and this time their Gelato are available in almost all grocery stores in the US and some other countries.  They offer wide range of flavors where you can find the long list in their website plus some other features like “where to buy” which allow customers to click or choose a particular gelato flavor, enter zip code and you will know where to buy it.

5.         Gelatissimo. Now I felt so oblivious not knowing that in fact a lot of gelateria are already present in the Philippines. Gelatissimo is one which is based in the heart of Visayas technically very far from Italy but you are assured of a Gelato with the real taste of Italia.

For other astonishing Gelato shops found in the Philippines you may visit the following links:

6.         Freshi Ice Sticks. As I checked I also discovered that here in Saudi Arabia, Gelato are also famous being the most effective alternative for Ice cream for people who are health conscious.  There is one brand which is called Freshi Ice Sticks that promotes Gelato in sticks, this is their unique version of Italian Gelato.

Did you hear about Gelato World Cup 2016?  Well this is something you and I ought to be surprised, I have read almost all of the blogs here in bitLanders regarding Gelato but no one mentioned about this competition.  Anyhow if you want to have a glimpse on what had transpired during the battle you may click this link and scroll down.

Finally, I think I need to end up my blog now for it’s getting longer and longer.  You may visit the following articles of some of the best writers here on bitLanders, they all have diverse presentations and different views that could somehow complete all the things that we need to know about Gelato.

And in case you want to know how to make a delicious and healthy Italian style Gelato?  Please find video below:

Meet the Virtual Me - My Querlo Chatbot Assistant