Artificial Intelligence and Robotics are two VERY different things. People who says otherwise actually amuses me to no end. Obviously, these people have little to no idea of what they are talking about. AI and robotics are separate fields and those people mixing them up without sufficient scientific backing does not have a clue regarding the aspects of Artificial Intelligence and vaguely has any idea in the field of robotics.

Unlike my other posts with a light mood yet very informational, this one will cut straight to the chase. This post stemmed from a conversation I had with another invitee. You see, me and some colleagues are invited to attend a seminar conducted by a Data Scientist on another topic (yet we ended up with this debate. funny how that works huh). Anyway, while waiting in the Marriott's lobby (venue), we heard another group of attendees talking about how possible it is for robots to take over the world with artificial intelligence.

Utter rubbish!!! With the technology currently available, mankind may still be light years away in developing strong AI. But interestingly, the other group is very passionate about their discussion, only to discover that their basis of artificial intelligence and robotics are the ones generally shown in the entertainment industry. It is a good thing though that we are employed of the incumbent bank in the country. We just kept our cool and left them to their business. We know better and that’s just how cool dudes roll.

Anyway, as mentioned in the preceding paragraphs, this post will differentiate Artificial Intelligence and Robotics. This post aims to outline and discuss where the two fields intersect with each other which might explain why some people get them mixed up (more like confused) on the applications of each. 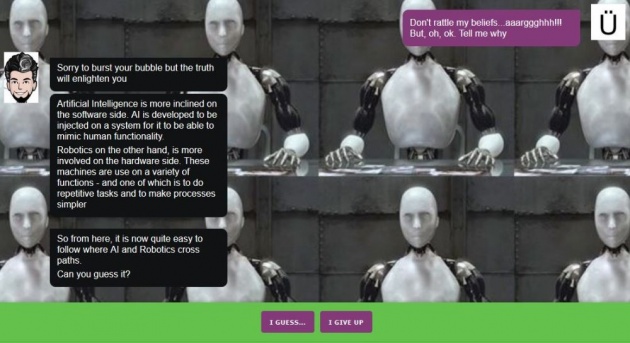 Let us start with AI. If you’ve been following my awesome posts, you should already be equipped with artificial intelligence basics and “need to know” information about it. However, if you are new to the site or arrived here due to external links, here are some good reads on where to start (below is a short summary of each since each one is already exhaustive and highly detailed):

Now you see why I number my submitted posts. It is actually for the benefit of the reader to read things sequentially. At this point, it would be wise to read the above reference as not only will it give you insights about artificial intelligence -- it may also provide some tips and ideas on how to earn in bitLanders

Let us now tackle more about robotics. For sure, many readers have already heard the term “Robots”. It’s hard to miss this one since the term, is a huge part of the entertainment industry in both movies and television (I'm looking at you Gundam and Terminator series). However, in real life applications, the ones shown in TVs and Movies are so far from the truth.

In its simplest definition, robotics is a branch of science that deals with, well, ROBOTS. This involves the end-to-end process of designing, manufacturing, programming, operating, and usage of robots.

It is also important to note that when speaking about robotics, one has to consider both sides of its aspect – which are hardware and software. Although the two are equally important, sadly, the buzz nowadays is mostly focused or is all about the latter (and with the former not enjoying as much spotlight). As such, this is where the overlap happens

A Quick Glance at History

Before drilling down to this so-called overlap, it is important to have some context about robotics and why it is enjoying the fame that it has now.

You see, robotics has been used a few decades after the dawn of the industrial revolution. Although it is not the type of advance giant robots that one would imagine. Instead, it is in the form of primitive machinery.

A good example would be the manufacturing sector – those companies utilizing equipments that improve line processes, product output, and to mitigate human induced error.

As the years passed by, these machines are improved that it can perform more than one function. Obviously, the physical aspect of the machine remain relatively the same (with a few modification here and there). But the programming protocols side is the one boosted widely which is why the equipment can do other functions.

Naturally, as technology progresses, the overlap between AI and robotics are becoming more and more apparent.

Looking at AI and Robotics Overlap? 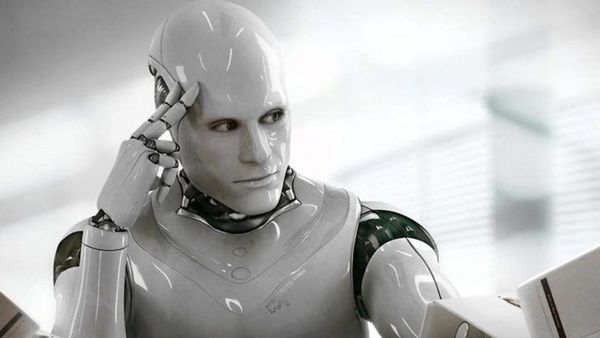 Now comes the juicy part. Let us go back to the question why some people interchange AI and Robotics – where is the point of intersection? The answer can already be seen in the preceding section – for those who missed it, it is because of the rapid progress of the software sector.

It is hard to progress hardware because of different factors dominated by cost and design. On the other hand, modifying a machine’s program for it to do other things, is simpler. For instance, a sorting equipment that can segregate apples, can be programmed to separate oranges too by simply programming the right parameters of an orange fruit.

Of course, because the variance between software and hardware is quickly growing far apart, developers have to upgrade hardware too. This is why robots that resembles human physiology (complete with limbs, head, torso, etc…) are invented. Naturally, these human-looking robots will be equipped with modern programming (it won’t make sense if such robots will only be able to perform one or two functions) – and nothing is more advance-sounding than Artificial Intelligence!

And that dear readers is why people often mix up robotics with artificial intelligence.

The above paragraphs may be hard to digest in one sitting, but to summarize:
• Robotics and AI are developed to perform specific functions (AI is to mimic human cognitive functionality while Robotics is to perform multi/complex tasks)
• The overlap happens because AI can be programmed into a robot to perform specific tasks
• Not all robotics can have AI – especially primitive machineries

Before ending this post, make sure to look at the Querlo Chat below. Don’t forget to leave your feedback if you think you are chatting with an AI, a Robot, or a combination of both.