Bollywood Movie Review - Holiday: A Soldier Is Never Off Duty

Bollywood Movie Review - Holiday: A Soldier Is Never Off Duty 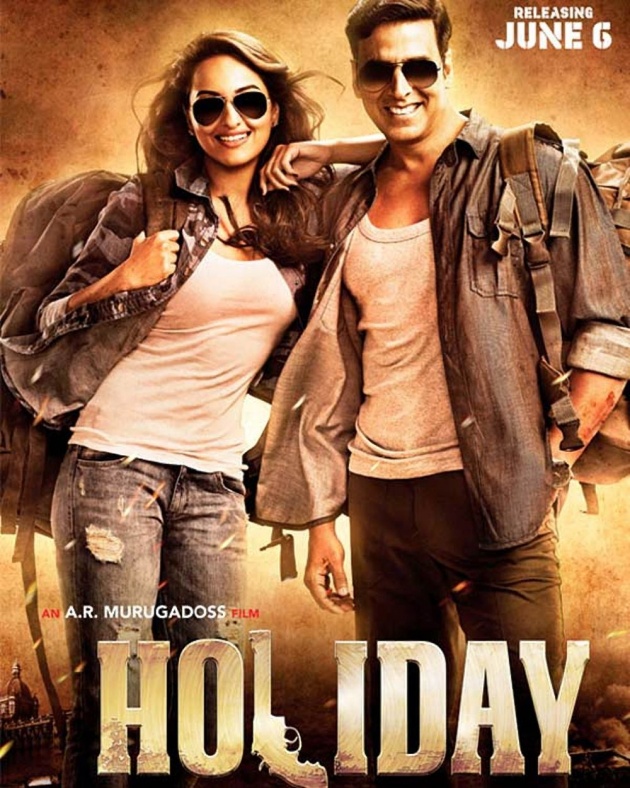 Hello Friends, I hope you are doing fine and are having a good time on bitlanders. Today I have come up with my another new blog with the title of "Bollywood Movie Review - Holiday: A Soldier Is Never Off Duty".  Friends, in this blog I shall review a Commercially Hit Bollywood movie "Holiday: A Soldier Is Never Off Duty". This Bollywood movie is about a soldier who comes to meet with his family on vacation and he meets his lover as well as some terrorists group which lead to multiple events with ups and downs in the movie.  He comes to know that he has run into an International Terrorists Group and fights for his homeland.  This film was directed by Arunasalam Murugadoss who is a famous name in Indian as well as Tamil Films Direction.  This film was produced by Hari Om Entertainment which is a famous Film Production Company in India. 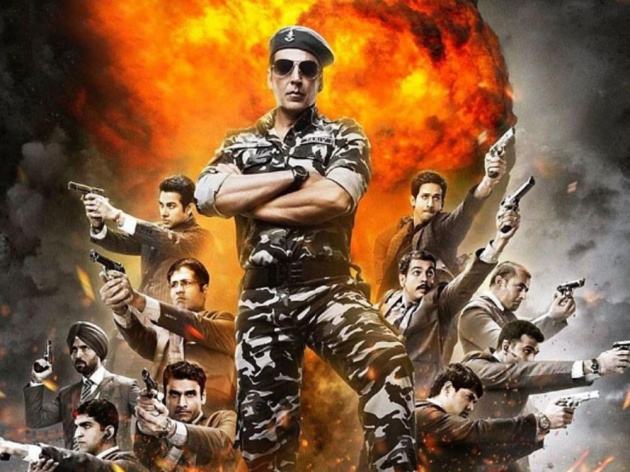 This movie "Holiday: A Soldier Is Never Off Duty" was released on June 6, 2014 under the distribution banner of Reliance Entertainment.  Some details of cast of this movie is as under: 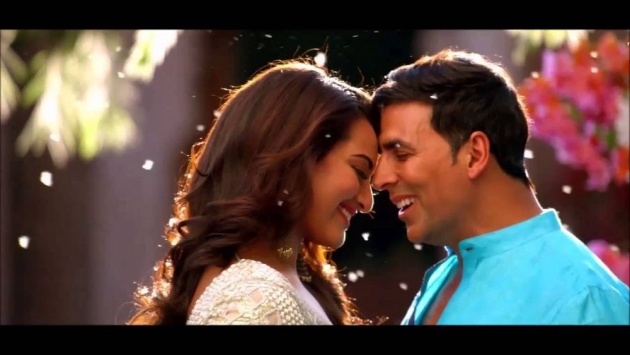 So the question is not exactly how good is Akshay Kumar’s comedy-action-thriller Holiday, but how did they achieve such a high order of unintentional hilarity?

The answer to that question can be found in the filmmaking genius of AR Murugadoss. His approach to cinema is fascinating – there is no point in making a straightforward good movie, because that process does not have any mojo. We’re better off with the questionable magic of Murugadoss’ imagination that enables us to enjoy a movie in which Sonakshi Sinha slaps her father routinely and Govinda plays an athletic senior Army commando.

The movie begins as Captain Virat is coming home along with other Indian Army personnel and soldiers on a train which has been halted due to engine failure, whereas his family is waiting at Railway Station for him.  When he reaches he is informed that his family wants him to marry now and they have planned to visit someone's house next day in order to see the girl for him.  When they visit, Virat is not happy to see the girl as she is a typical old-fashioned girl with no fashion sense.  This girl Saiba is actually a professional Boxer and does not want to get married now but has been forced by her parents to see Captain Virat.  That's why Saiba acted in such a manner that she gets rejected.  Few days later, Captain Virat sees Saiba fighting in a boxing ring in a different outfit and he realizes that Saiba had actually planned to get rejected.  However, here he falls in love with her personality and now wants to get married with her.  Saiba initially resists but as the times passes, she realizes that Captain Virat is a good guy, therefore, she later accepts his proposal. 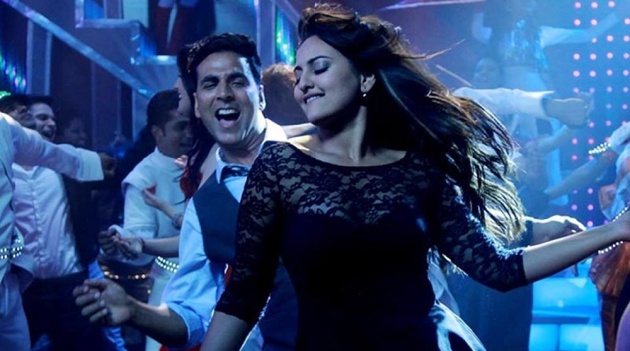 One day, while Captain Virat is going home along with his friend ACP Mukund in a bus when suddenly one person shouts that his wallet is lost and he wants to check all personnel in the bus for his wallet.  Thereafter, one by one everybody is checked when suddenly one person starts to run away whereas the wallet has been found from another person.  Captain Virat astonishes as to why he ran when he does not have anything to do with the wallet thief.  He follows him and catches him when suddenly a school bus behind explodes due to a bomb planted in it.  Captain Virat felt that suspect he caught was looking continuously at the bus while he was being beaten by him.  This alerts Captain Virat and he takes the suspect with him to Police and he is later shifted to a Hospital. The suspect tries to escape from the Hospital with the help of a Police Officer but gets caught by Captain Virat again who takes him to his house this time.  There he comes to know through the terrorist that his group has planned serial bomb blasts in Mumbai in 12 different locations with the help of their sleeper cells.  Captain Virat with the help of his soldiers foils this mission and kills all the sleeper cells in the process. 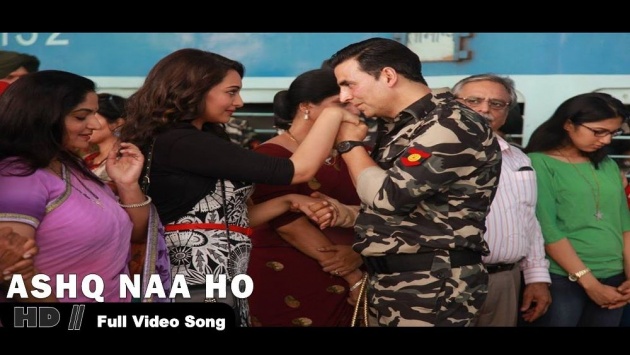 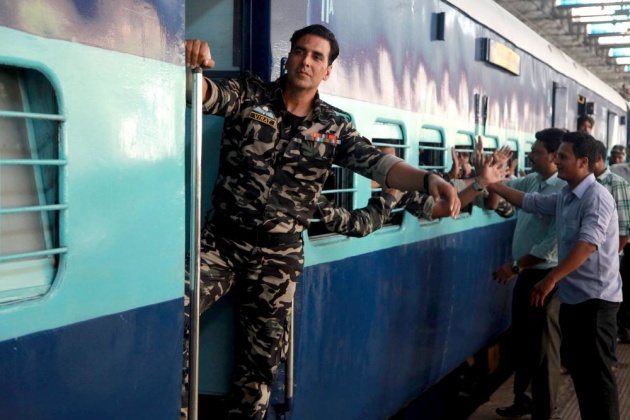 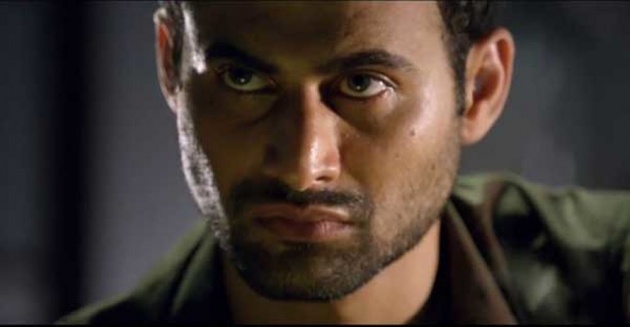 The movie "Holiday: A Soldier Is Never Off Duty"  depicts the life of a soldier and proves the fact that a soldier is never off duty because he has to take care of his motherland at all times and under any circumstances.  The movie shows just the same as a soldier is on vacations but he finds himself between the terrorists and starts to perform his duties without paying any attention to certain dangers around him.  The movie is a very good movie and is full of entertainment and full of love with motherland.  It seems pretty clear that the Director and the Producer have worked very hard to make this movie a success.  The movie had the production budget of around Indian Rupees 500 Million whereas after its release the movie managed to earn more than Indian Rupees 1780 Million which shows the popularity level this movie enjoyed and that is the very much the factor why this movie remained on top in 2014 in terms of earnings.  If you like movies which have a touch of Army life and want to see Hero with Army outfit then this movie is a must see. 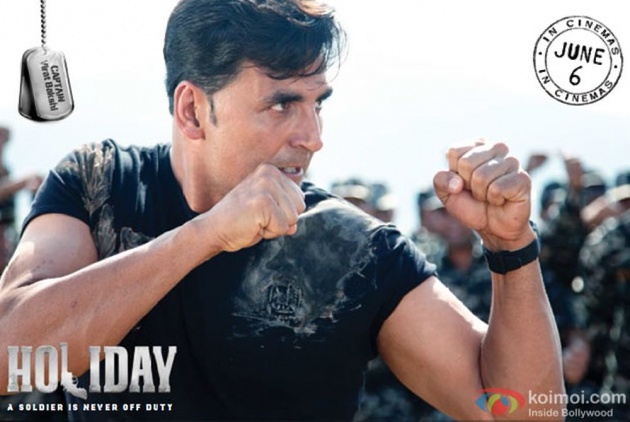