Editing is now at its final stages in the production of my latest film and before I release the finished product, I thought I'd show a few screen grabs of what I've been getting up to. 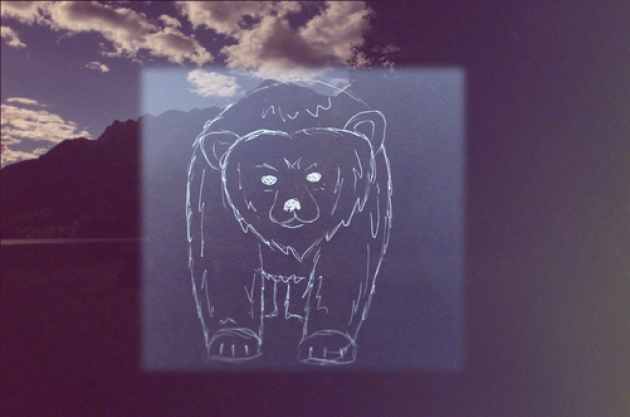 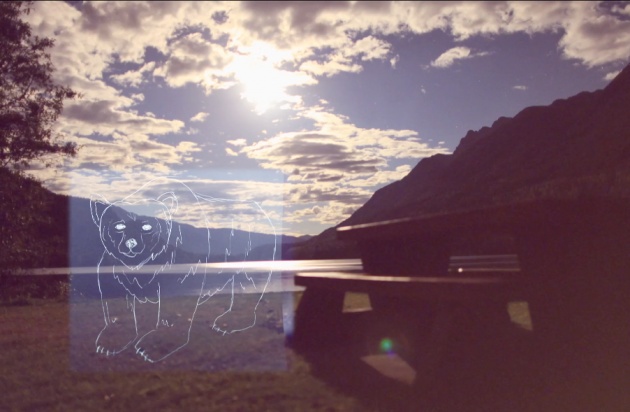 These are what I created last night. I wanted to do a very fast animation of a bear approaching the camera and giving a big 'ROAR' just to aid the transitions from scene to scene a bit. Also I decided to put the bear in because at the time of filming these shots, we had been warned that bears could be in the area. It was night time and I was alone, finishing this time lapse by the lake. The extreme quiet of the location left my mind starting to think -"What the hell am I gonna do if a giant grizzly bear walks out of those bushes?!". Luckily nothing happened and I survived to tell the tale of my imaginary scary situation.

As this whole film is made entirely out of photographs, I figured I would try and develop my illustration skills and have a go at drawing a bear myself and then take photos of what I have drawn and find an interesting way to composite them into the frame.

The style of the film is very raw and rustic so I didn't want a realistic looking composite. By complete accident the background image of the bear turned blue when I inverted the colours and it gave an almost projector like look to the animation which works really well with the style of the film. One of those lucky accidents that crop up in the film making process!

For my next film, I am currently in pre production of creating an 'animated' series. I put the word 'animated' in quotations because it is not quite an animation but will definitely involve some craft work on my behalf.

I hope 'Canada' will be released at some point this week as I can't wait to share this film with everyone!