Have you ever stopped to wonder why change is so hard?  Why do even the things we have been working toward for so long often bring drama, fear and pain?  A new job, relationship or child are all things we want to happen sometimes for years, and then you get it and realize that there is a whole lot of hard work and just, well, life that goes along with everything.

There are good days and bad.  Things are under your control and things are not, and everything is open to the vagueries of human interaction.  As I react (or overreact) to something you've said, or emailed or texted, you impact the rest of my life, and what I send back may change your mood too.  I always read the worst tone into emails; I know I'm reading too much into things, but I can't stop myself.  I often think someone is being harsh or negative, I shoot back a zinger of an email, and then I reread the original email I've received and think, "Ouch, I think I overreacted."  But then there are the times when I don't shoot the zinger back, and i really should have.

I've been thinking about this a lot lately, and it's really had nothing to do with answering emails.  I've been working with a group of people who are under a huge amount of stress and don't have any control over the situation.  It's been so bad that they are really hard to work with.  They can't stay focused on the work we need to do because they are so worried about their futures.  They are short-tempered and irritable; the smallest things set them off making them angry and/or hurt.  I have to keep reminding myself not to start acting the same way when I'm around them.  I have to believe that none of them are intentionally being this way.  They feel helpless and alone, unable to control their destinies and having no authority to make any of the decisions which will impact their futures or even to speak to the people who will ultimately make those decisions.  Oh the delights of corporate down-sizing.

Who wouldn't be scared, angry and frustrated under those circumstances?  The messages they receive are so vague: for some of them good things will happen for others bad, but no one is saying who will get the good and who will get the bad.  This has gone on for almost two years with no sign of relief.  They are told it will happen soon now but no firm dates.  They see people like me leaving the situation; I'm lucky, I don't have to stay and wait for someone else to decide my fate for me.  I choose not to stay in a place even if I were asked to do so which puts people through such emotional trauma for so long.  The atmosphere is like that of a sinking ship, so I guess that makes me a rat?

To take my mind off of things, I appreciate the work of someone like Ken Turner whose "The World of Snowboy and Crow" reminds me to smile.  How bad can things be for me in comparison to a snowman in a world populated with vampires, ghosts and snowsharks? 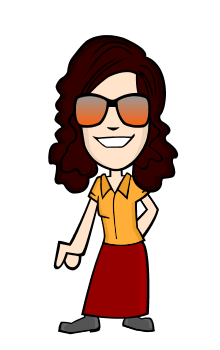 Gina is a freelance writer/blogger/fashion stylist in the Los Angeles area. She loves to consult on scripts and wardrobe.

Some scientists have created a formula to downsize people, so the earth will fit all. The scientists…