Charge of Terrorist to Justify All?

If you want to indict your enemy for blasphemy and sentence them to death or at least banishment from human rights then accuse them of terrorism. Syria’s Deputy Prime Minister and sometimes Foreign Minister, (Walid Al-Moualem below with UNSG during 2012 UNGA Debate), took the platform of the UN General Assembly to accuse the opposition as a whole of terrorism: “Perhaps, worse of all, is to see that permanent members of the Security Council, who launched wars under the pretext of combating terrorism, now support terrorism in my country without any regard to the United Nations resolutions that established the regulations and mechanisms for concerted international efforts to fight this scourge away from political polarization and double standards.” 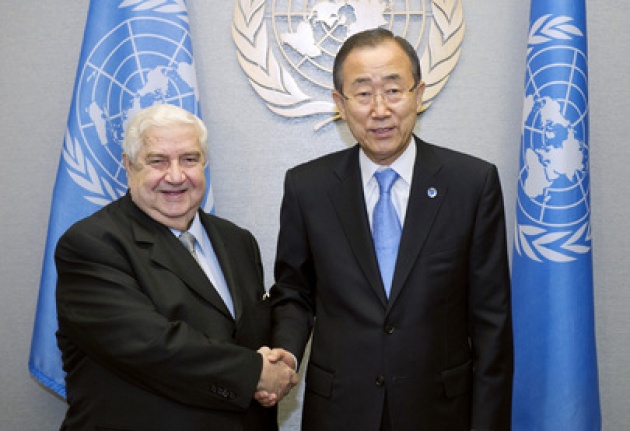 That the Assad Regime is terrorizing its own population is evident to most objective observers including those mandated by the UN Human Rights Council (where there is no P-5 vet) to undertake a comprehensive inquiry. An exhaustive list of crimes committed by the Syrian Regime against its own people is impossible to complete in this article. Without a doubt  opposition elements are also responsible for some grave violations of international humanitarian law. Read our Blog: “UN Must Name Syria War Crimes Perpetrators & Urge Prosecution”. (Suicide bombs have been employed by the opposition but more as military response confronting the Assad Regime’s overwhelming military weapons superiority. It is not clear to what degree civilians are direct targets of the opposition – according to UN reports the Assad Regime and its allied militias have directly targeted civilians including children in what appear like campaigns to terrorize, ethnically cleanse and/or exterminate).

The Assad Regime’s narrative is at least in part accepted by some in the western media and political leadership. In part it is the stereotyping that aims at both the tactics and ideology. Any Muslim is seen as a potential terrorist. It is still somehow acceptable to claim that “all Muslims are not terrorists, but all terrorists are Muslims.” "Norwegian Christian Terrorist" . This though willfully ignores the recent history, from Norway’s self-styled Crusader, to the Sri-Lanka/Tamil suicide bombers to domestic right-wing terrorists in the US, ( Read “Kill the Towelheads!”). 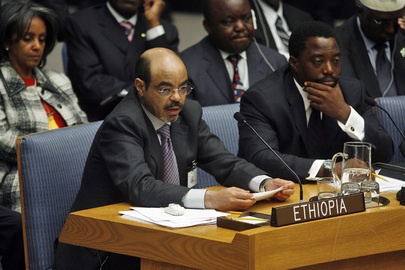 Terrorism is not so much linked by ideology as it is due to strategy of those who may believe that they are tactically outgunned. The desperate tactic of suicide bombers and terror has been employed throughout history, frequently reflecting a lopsided military balance of power, from the kamikazes to the Jewish defenders Masada overwhelmed by superior Roman legions. More frequently than not: “one man’s terrorist is another’s hero.” During the American Revolution, which I see as one of the more critical as well as virtuous causes, the brutality between the two American communities, one remaining loyal to the British Crown and the other seeking a new political identity, the tactics not so infrequently would be classified as deliberate terror by most standards. Thousands of Loyalists fled the 13 Colonies during and after the battle. More recently, US universities Stanford and NYU have identified “drone attacks” as keeping civilian populations in Afghanistan and Pakistan in a constant state of fear.

The objective though is not to inject relativism into the debate regarding terror. Rather, the charge of terror has become too frequently an excuse not only to terrorize another but oppress and suppress legitimate dissent. Syria is the most recent example of a Regime targeting its own people with the charge of terrorist and then taking aim with all the firepower of military and/or security services. The Meles Regime (UN Photo above of leader who sold himself as ally of war on terror only to terrorize own citizens) in Ethiopia has employed terror charges to lock-up indefinitely  reporters as well as stifle free press: “Ethiopian Regime Rebuked by High Commissioner for Human Rights.” Similar strategy to suppress dissent and free speech has been employed more frequently by authoritarian regimes against internal political and ethnic dissidents, from China to Russia to Iran. The tactic of deploying the charge of terror against legitimate opponents, peaceful or otherwise, has been emboldened in the hand of despots by the overuse of such tag including the “war on terror” by more free, democratic societies, particularly in the US. The list of abusers of the charge of terror is long – it has proven a resilient tactic – and most recently has not succeeded only when fired by Colonel Gaddafi.

(Is Tibet's struggle terrorism or more repressed by terror tactics?) 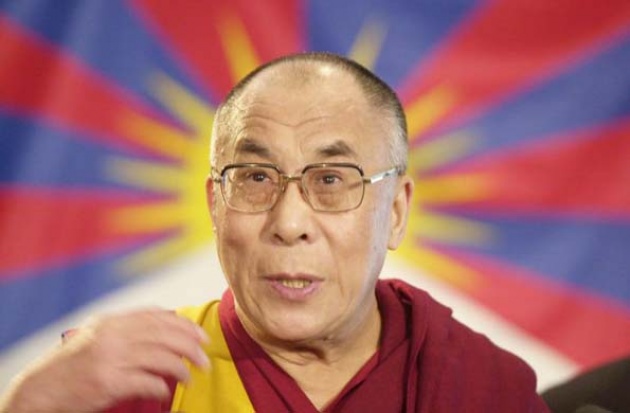 The charge of terror has become today’s version of the "Scarlet Letter" – once stitched it is difficult to overcome. It undermines the freedom of thought as well as political activism across the spectrum essential for the constant rejuvenation of free societies. In the hands of authoritarian inclined regimes, charging opponents as terrorists becomes the rationale to terrorize innocent citizens as well as the opposition.