Charlie Watts – The legend of drumming 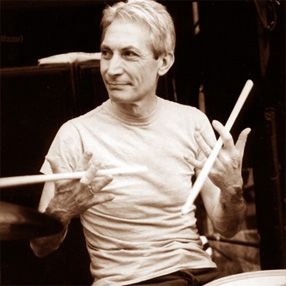 If you are a fan of “Rolling Stones” then you must be aware of Charlie Watts. The man with the magical fingers behind the drum sets made some impactful music during the 80s. Born in the year 1941 in London, Charlie becomes one of the most renowned names in the world of drumming. As rock and roll and jazz became prominent during the 80s era, Charlie made a mark with his expertise as a percussionist.  Charlie Watts had spent his younger days at Wembley, London and his father worked as a truck driver for living.

The fantasy for music

While at the age of ten, Charlie Watts discovered about music and his interest grew with blue and jazz music. John Coltrane and Miles Davis were two of his idols, which inspired him to work in the music world.  The first instrument that Charlie played was a banjo, which he later transformed into a snare drum coupled with mute cymbals.

During the 60s, Rolling Stones made their mark to be one of the greatest rock and roll bands. Charlie made a mark and left the audience spellbound with the performance of “Satisfaction” in the year 1965. Soon after, Charlie Watts and Rolling Stone composed some great songs, which struck the heart of million followers. Charlie’s pattern of drumming using cymbal mutes was something worth appreciating.

Coming out of cancer- Going stronger

Charlie Watts was a heavy smoker that caused him a throat cancer. However, treatment was done and after kicking the cigarette butt, Charlie made a complete recovery. Today, Charlie Watts continues working with the Rolling Stones and still records music with the group. Charlie had even stated that he would continue working with Rolling Stones until Keith Richards and Mick Jagger plans for retirement. Charlie Watts plays the Gretsch Drums and muted cymbal and continues to be an inspiration for all the wannabe drummers.

For all you metalheads out there

Getting excited for their first album!!…

John Bonham – The greatest of all drummers

The master, the insignia and a pioneer in the world of heavy metal drumming was John Bonham. Born in…

Aaron Spears is one of the names that inspire million of drummers across the world. Even though Aaro…

Abe Laboriel Jr. – Classic and Funky drummer of the decade

There are drummers across the world, but only a few are stated to be on the funkier side. Out of all…