Cosplay is for Everyone!

Ugh! Its gonna be another one of those rants, isn't it? YES! It is! Welcome to it!

Cosplay is hard. You have to figure out the character, learn the character from all angels, figure out their signature poses...and that's even before you start making the costume (yes I called it a costume...that's what it is). Then it gets to the real fun part. How do her boobs stay in that? Can I put lights there? How does that even...PHYSICS!?!?!

Its tough. And people are constantly getting put down for being too skinny, too fat, not busty enough, too busty, not tall enough...geez. Just writing this makes me never want to do it again. The harassment is real. And all because you weren't born an anime/game character. Sorry assholes around the world, NOBODY IS MADE LIKE THAT!

I am 5'5" 150 lbs (some of it wiggles when I walk...never said I was skinny) and if I want to doll myself up to look like Jessica Rabbit I WILL!!! Seriously, I want to smack some of these people for harshing on other people's cosplays. Maybe that guy with the cardboard armor (I've seen some good ones so that doesn't necessarily make it bad) can't afford worbla. Maybe that girl that is a few sizes too big for that dress has been struggling to lose weight but can't (it happens).

It isn't up to you! You can shut your damn face. I get so mad when I see this. I want to blame the cosplay models (all the fake boobies and bodies you can stand) but honestly if that's what they want to do with their lives good for them. I'm not going to tell someone they can't cosplay for money. Maybe they didn't make it in modeling (too many girls want to be models and fail) and this is the only way they have to follow their dream. So what if they're 'fake' or whatevs you want to call it. Cosplay is acting (you are as cool as Yugi Motou so just stop) as a character that you are not. So these models that are cosplaying are acting as characters. ITS CALLED ACTING!!!

Not to say I approve. I actually hate that. Its not something I want to see. But that's not my choice and if it makes them happy go for it. People want to sexualize everything anyway so we get a few hot girls to dress up as characters. People start paying attention to something they thought was stupid before just to find out they like it. Yay! More nerds (geeks, dorks, I don't really care what term you use)! And then maybe someday people will stop hating on us gamer girls! Yay! More yay! 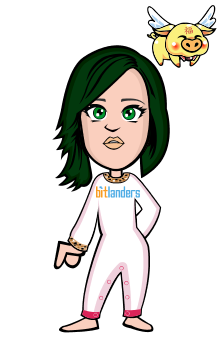 The Good Effects of Cosplaying

Previously, Ive written two blogs relating to cosplay. One about my experience and the other, some t…

Its not whether you win or lose, its how you play the game.-Grantland Rice Have you ever tried join…

All of us is or has been a fan of at least one television series, movie, game, etc. We fall in love …

Video Credits: Foxen Anime via Youtube Image Credits: Sharon Lopez via Bitlanders This is the weapo…

Heey! It's me! So how was everyone doing? It's been 2 years since the last time i wrote a blog here …