Gambia’s long-term authoritarian ruler who took over in a military coup announced that his prisons would soon/within month promptly execute all 47 men and women who were now on death row – after the country had not carried out any executions for over 25 years. The motive is unclear, but I find it offensive that the announcement also came at the end of Ramadan and the Islamic holiday of Eid-al-Fitr in this Muslim majority country. 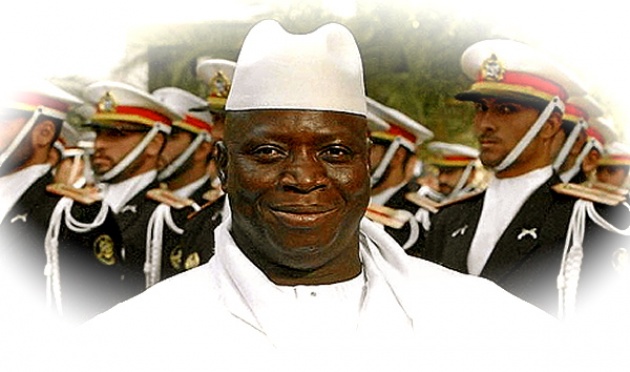 Before President Yahya Jammeh (Photo) took over in the coup in 1994, Gambia had abolished the death penalty. Jammeh reinstated it, perhaps to deal with his old and new adversaries. At least some of the current death row inmates are political prisoners and/or convicted of treason. However, no one had been executed, at least via the justice system, since Jammeh wrested power.

What has emboldened a coup leader and one regularly accused of corruption to embrace executions and so publicly? It may be domestic politics and the accusations of corruption. Although generalizations are both unfair and exceptions exist, I tend to see tough “law and order” political prophets as frequently guilty of their own sins of graft  - in the US just see former New York Governor Elliot Spitzer (soliciting and engaging a prostitute) and Arizona goon sheriff Joe Arpaio (cascade of political abuses and violations of human rights). Perhaps President Jammeh perceives the prisoners as handy sacrificial lambs to wash away his sins in their blood. (It is not clear as of the writing of this article whether Jammeh has executed 9 prisoners as originally reported by Amnesty International)

The death penalty and executions are not waning globally, but in fact are breathing a new life, to employ a totally inappropriate metaphor. Iran, Iraq, Saudi Arabia and China are some of the leaders in the statistics – so is the US. However, the role of the US as human rights proponent is what creates the room for other less open societies as well as petty tyrants to embrace the death penalty so boldly. “If America does it, it must be OK!” Who can forget then Republican candidate for President Texas Governor Rick Perry (and self-proclaimed Born-Again) heralding his state’s record in leading the US in executions, and then getting cheered by the GOP Debate audience. See our Film for Blog: - “Cheering Death Penalty in Texas”. (We do not give President Obama or Democrats a free pass though either – what have they done to move for the end of executions in the US, but acquiesce to the death penalty psychology -Below Photo of US "humane" death penalty execution). 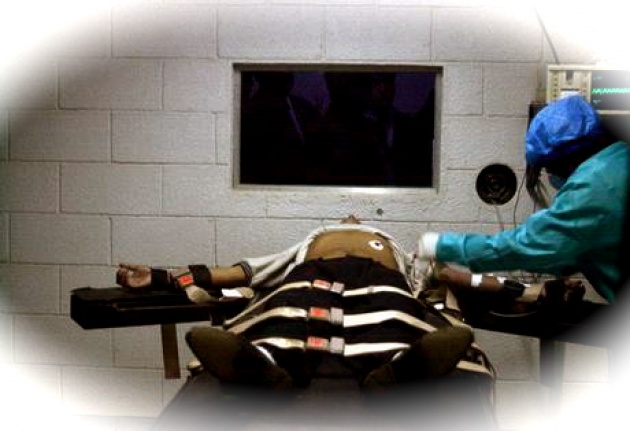 As global citizens, we must work to counter the culture of death. I’m concerned that innocent and guilty prisoners will be put to death. However, I’m much more concerned what it does in the balance of our shared global civilization – do we place our faith in the culture of death or life? One point is certain: the US must lead if life is to become our shared celebration. In the meantime, Jammeh must be addressed as a thug and killer rather than head of state if he proceeds with his executions.

Read our Blogs for Film:

“Death Penalty Still Kills in US”.