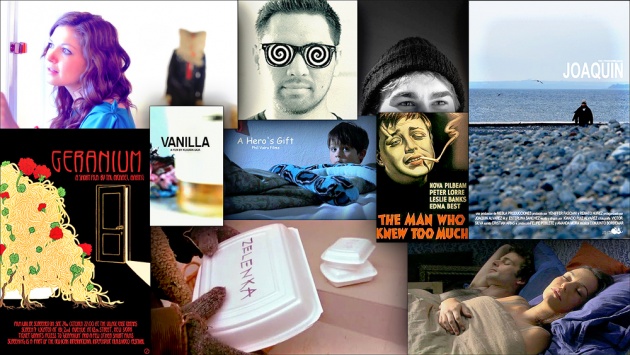 Looks like our featured filmmakers this week have a lot in common. We are absolutely impressed by the design and creativity that goes into their animations. Plus, they are both inspired by Tim Burton's movies. Marius Herzog joined Film Annex a few weeks ago with a short animated film that blew our minds with its quality and story. The Tale of Mr. Revus takes you to a world where people's dreams are invented by a man and fed into their minds during their sleep. The design of the main character as well as the city and the props can easily compete with those produced at the biggest animation studios. After watching the film, make sure you check out Marius' blog and drawings, which explain all about the making of the film. In his blogs, Marius admits that he is greatly interested in concept art and technology, and we can totally see this in his work. We wish him a bright and successful career and hope to see more from him on Film Annex.

When Ken Turner launched his channel on Film Annex, he already had an impressive resume with a history of work for animation studios, published humor books, and episodes for an animated web series. We see The World of Snowboy and Crow as an homage to his favorite director, Tim Burton, as his influence on the character design and story is hard to miss. Like Marius, Ken Turner also keeps a blog for his drawings! Looking at them gets us excited about what's next, and we are pretty sure you will feel the same way.

And the 8 movies of the week are:

Afghan Development Project update: Lastly, we are excited to announce that the 5th classroom is now in construction at Amir Ali Sher Nawaie School in Herat, Afghanistan. Established in 1989, it was initially a co-ed school, but became an all-girls school in 1991. The school now offers 99 classes and has 4,000 students and 155 teachers. We'll keep you updated on the construction process in the next weeks!