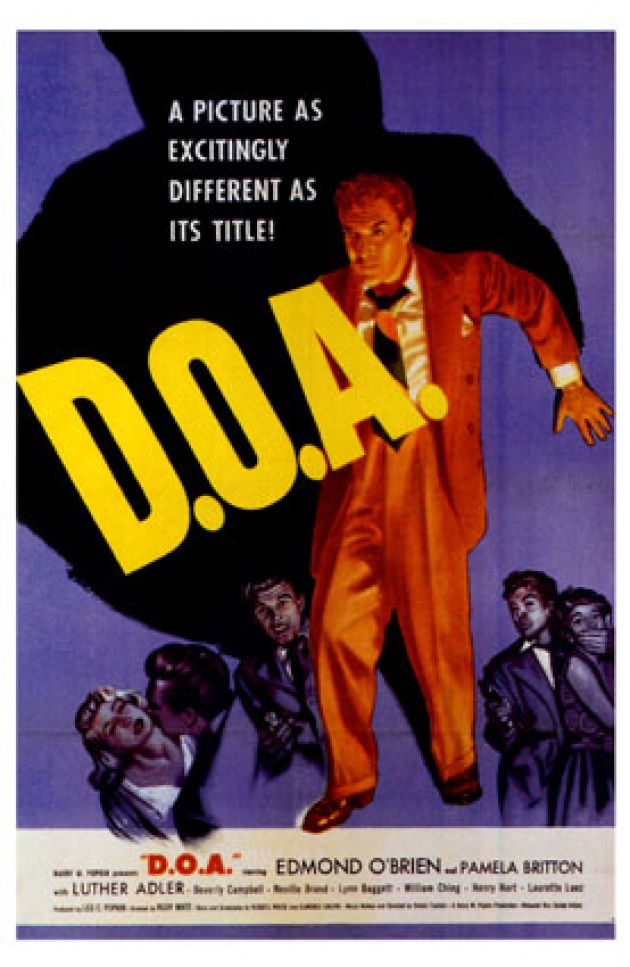 “D.O.A.” (1950, Rudolph Matě) This film exhibits the central film noir theme that sometimes at quite random, any one character from any level of society can be an unwilling victim to the world of crime that lurks in shadows. Such theme taps into the existential "why me?" of an ordinary guy that the general audience can follow along with. Edmond O’Brien plays Frank Bigelow, a Central Valley California accountant, who is the target of such crime only because he notarized a bill of sale that would convict two individuals on covering up a murder for oodles of cash. DOA has wonderful characters played by expertly type-casted actors. The stand-outs would be the three thugs sent to retrieve Bigelow for a Mr. Majak. The three are led by the dumbest of ring-leaders, Chester (Neville Brand). “It’s not his fault. He’s…psychopathic. He gets pleasure from hurting you,” is how Mr. Majak explains Chester’s behavior to Bigelow. 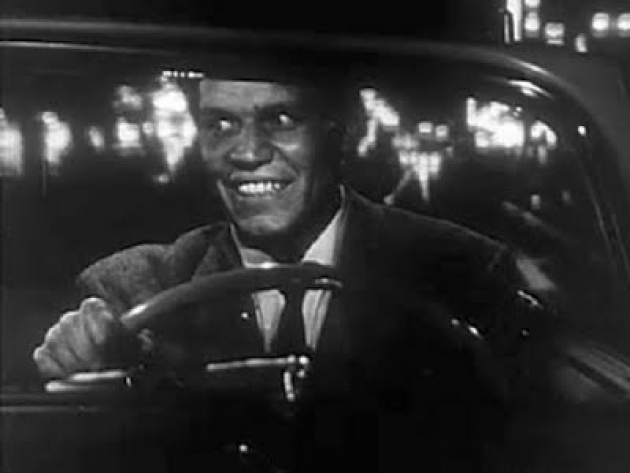 The character of the actual murderer, played by William Ching, is also an expert choice in the Dan Duryea mode of icy-cool blonde male. The dialogue in this film is almost as good as film noir dialogue gets. And there is a great shift in tone of the film from Frank, the happy-go-lucky, deciding on whether to get married to a waiting girl or not, mentally whistling (non-diagetic corniness at its best) at girls he sees in the hotel; to Frank, the frantic, cornered, poisoned with limited time left (“It may be a day, two days, a week, 2 at the most…”) individual. From a vacation to a nightmare told in a flashback, but all the while with a mood of despair for we already knows Frank's doomed. DOA is a great noir film, close to the upper echelon of those films.

The film is expertly directed by veteran Rudolph Matě who started his career as a cinematographer and worked with legendary director Carl Theodore Dreyer on such films as The Passion of Joan of Arc (1928) and Vampyr (1932). Matě moved to Hollywood and was nominated for an Academy Award five years in a row in the 1930's before moving behind the chair for 20 films in a 15 year span. Many consider DOA his best work.

I like to reflect upon the economical and sustainable way filmmakers such as Rudolph Matě ran their careers. There was a Hollywood system in place that allowed such adroit filmmakers to execute their artistic vision and skill within then borders of decency. The evolution of a social media center like Film Annex is aplenty in such artists and filmmakers of today's world where being economical and sustainable is still the ethos of the day. DOA is another excellent classic film that deserves a view and that can be accomplished at Baxter Martin Web Tv

Pictured: Alexander (Fritz Karl) turns his back on conformity in 'Life Guidance', an alternate-reali…