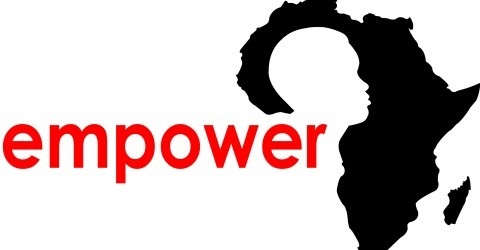 There are numerous pre-assumptions about the continent of Africa that are complete false, due to misunderstanding, lack of communication and lack of proper education. There is an enormous lack of knowledge about the entire continent itself - both its history and current events. Of the 55 countries that reside in the continent, only a small handful should be designated as "developing countries". To truly understand Africa, one must first understand the history of the continent. Africa may be the only continent in the world that none have claimed discovery. The continent also holds the most important piece of human history - the origin of the human being.

In recent years, Africa has began to progress and develop at an exponential rate. The use of the mobile phone is connecting and organizing Africa on an unprecedented level. With the use of technology, the continent of Africa is more connected and unified than ever before. By the year of 2020, almost every individual in Africa will own a mobile phone, giving them the ability to connect and organize with others. Technology is empowering individuals and communities in Africa, giving them hope and free education for the first time in history! 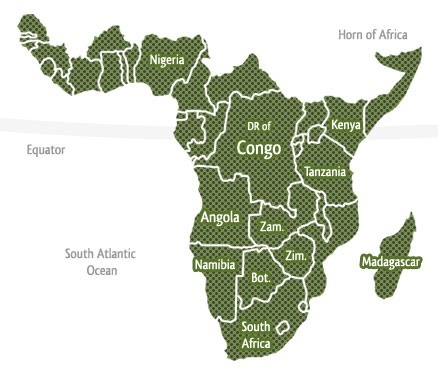 The image above is a geographic overview of sub-Saharan Africa.

Although Africa is abundant in natural resources - oil, gold, copper and diamonds, it is still one of the poorest continents in the world. Approximately 75% of the world's poorest countries reside in Africa. In addition to holding the majority of the world's poorest countries, 1/3 (one out of every three) people living in sub-Saharan African countries are undernourished - resulting from a lack of food and clean water. There are almost 600 million people living without electricity in sub-Saharan Africa. This leads to the burning of harmful fuels for cooking, leading to more illness and disease.

There are numerous nonprofit organizations and awareness efforts that take action daily to help the people in developing countries of Africa. However, a major problem is occurring every time these efforts take action - the resources sent are immediately used and have no positive long-term effects. For example, if $100,000 worth of food was sent to Kenya for starving children, the food is immediately used for feeding the children in Kenya, giving them a meal for one day - inevitably prolonging their lives but also prolonging their suffering if they are not given more meals. The focused efforts should be shifted towards the individuals and communities in these developing countries that are already in the process of becoming empowered and are beginning to thrive, so that they may help their own peoples - giving the newly empowered African communities the ability to send food to the starving children in Kenya. 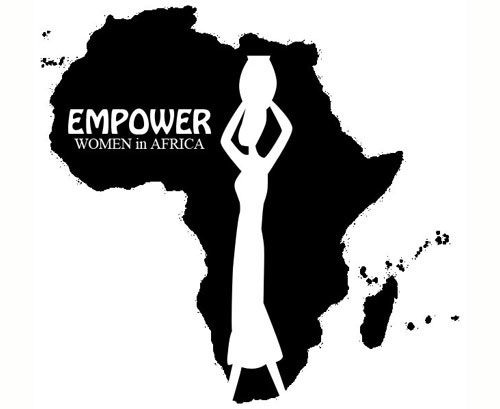 Another step towards empowering Africa, particularly sub-Saharan Africa, is to focus on educating women in these developing countries. Women in sub-Saharan Africa are 230 times more likely to die during child birth or pregnancy than women in the United States. That means that approximately 1/16 (one out of every sixteen) women in these countries will die from having a child. This number is gargantuan and can be reduced significantly with proper education and access to medical supplies.

Fewer than 20% of women in Africa have access to education. Women who lack education are 2x (twice as likely) to contract HIV/AIDS, which is a major problem for individuals in these countries. In 2012, 23.5 million people were living with HIV/AIDS in Africa, with over 12 million of them being women, and 2.3 million of the infected being children. 1.2 million people in Africa died from HIV/AIDS in 2012, and 14.8 million children were left without parents or homes as a result of HIV/AIDS related deaths.

Education is the most crucial step for empowering Africa and sub-Saharan Africa. Applicable knowledge is absolutely priceless, and a necessity for the major issues facing these African countries today. Relief efforts must focus on empowering the "middle-class" in Africa - those who are not starving and who can use the funds to create awareness and charitable causes locally, leading to the empowerment of those who are receiving funds, those in the developing countries who will now be locally helped and the empowerment of the African continent itself.

Women must be educated about the severity and causes of HIV/AIDS, as well as the proper procedures and steps when planning to have a child. The public must be educated about the 14.8 million orphans that resulted from their parents HIV/AIDS related deaths in 2012. Most importantly, people in Africa and sub-Saharan Africa need to be taught how to use technology to obtain free education, as well as a consistent income with websites such as Film Annex and Women's Annex.

Thank you for reading. Please share and teach others how they can help make a huge impact on the world, simply from using technology like mobile phones to learn and teach others. There are millions of people out there who need hope and empowerment. When you reach out to help others, it creates a ripple effect that can change the lives of millions worldwide. Be the change you want to see.

Thank you for making a difference!