After the 2013 Summer of Cinema, what next? Why, of course, the 2013 Autumn of Cinema. 50 or so bloggers and yours truly were crammed in the kitchen in the offices of Yahoo UK in the London’s West End for the launch of the Autumn Movie Preview. There was not a seat to be had at this exclusive event, hosted by Alex Zane, who is the go-to man for events of this nature. I, of course, am the goatee man, but I’ll let that pass.

The raison d’être was the launch of a trailer preceded by a movie quiz, 40 quotes twenty of which were from movies of the last thirteen years. When I failed to identify one from CASINO ROYALE, I received a daggered look from Lady O. I did not get the one from TITANIC right in the second half of the quiz (quotes from 1939 to 2000). Truly, it was not my night, and several other bloggers were also admitting defeat. The highest team score was 31, the highest individual score was 22.

This is of course means nothing to you, gentle reader, who want to know simply this: what films should we look forward to in the next three months. Here are my tips for your viewing pleasure (all the dates refer to the UK): 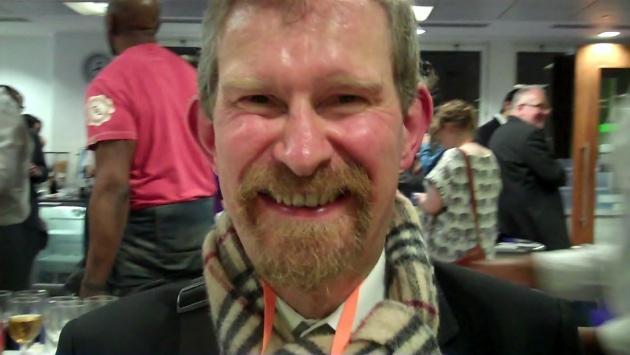 Well, those will keep me busy for the duration.

AUTUMN OF CINEMA promo launched on Tuesday 24 September. With thanks to the Film Distributors Association