In the film and entertainment industry, one film critic's fail is another one's success. That's what Manny The Movie Guy had the great surprise to realize last weekend. His Facebook page, Twitter and YouTube suddenly received many hits after another famous Filipino journalist, Ricky Lo, interviewed Anne Hathaway for the feature film Les Miserables in what turned out to be "a controversial interview" and became viral on social media. All Filipinos then turned towards Manny's fun interview of Anne Hathaway which generated many hits for him.

While Ricky Lo's interview seems a bit uncomfortable with several personal questions which the actress declines to answer, Manny's interview appears more professional with questions about her role and experience on the set. He even establishes a casual exchange with the actress as she laughs with him, expands on her answers and talks about her personal latest news about being recently engaged. 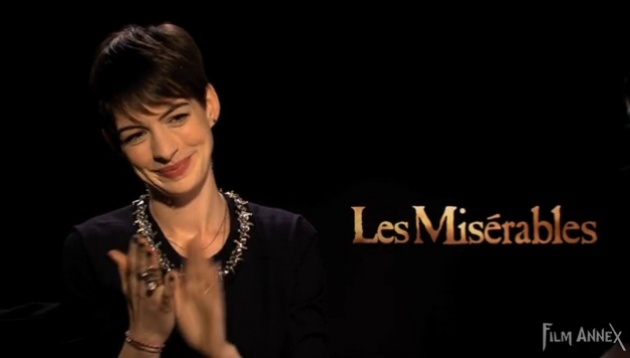 About the situation and the interview, Manny told us: "I don't revel in someone's shortcomings, but I am very happy that my fellow Filipinos are now beginning to discover me. [...] I love Anne Hathaway! She has always been delightful in my interviews with her. It was also a plus that I fell in love with "Les Miserables," truly one of the best movies of 2012."

Manny The Movie Guy has been a member of Film Annex for 4 years. He is a multi-Emmy award-winning film critic who has always had a passion for movies. Based in Palm Springs, California, he's a radio, newspaper, and TV personality who always makes his interview and film reviews enjoyable for his audience and who doesn't take himself too seriously.

You can watch Manny's interview with Anne Hathaway here and all his other videos on his Web TV.