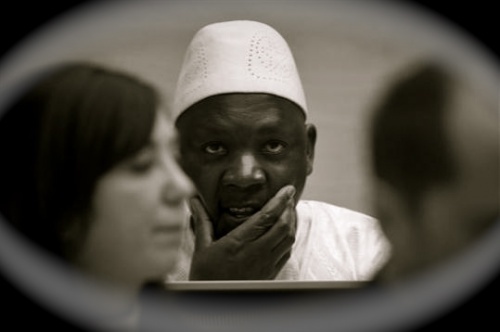 ICC has issued its first verdict ever, only 13+ years after the Court has been established by the Rome Statute of 1998 & less than two decades after the ICTY (International Criminal Tribunal for the former Yugoslavia) provided impetus and confidence for a permanent global criminal tribunal– a rapid evolution of international justice and forums hostilities. This case in question today (March 14, 2012) was a guilty verdict for war-lord Thomas Lubango Dvilo for “war crimes of enlisting and conscripting children under the age of 15 and using them to participate actively in hostilities committed in the context of an internal armed conflict” in the Congo (DRC). Background to Case & Charges: Thomas Lubanga Dyilo, a national of the Democratic Republic of the Congo, was transferred to The Hague on 17 March 2006, pursuant to a warrant of arrest issued by Pre-Trial Chamber I. His trial, the first at the ICC, started on 26 January 2009 and the closing statements were presented by the parties and participants on 25 and 26 August 2011. Over the course of 204 days of hearings, the Trial Chamber has delivered 275 written decisions and orders and 347 oral decisions. The Chamber heard 36 witnesses, including 3 experts, called by the Office of the Prosecutor, 24 witnesses called by the defense and 3 witnesses called by the legal representatives of the victims participating in the proceedings. The Chamber also called 4 experts. A total of 129 victims, represented by two teams of legal representatives and the Office of Public Counsel for Victims, were granted the right to participate in the trial. They have been authorized to present submissions and to examine witnesses on specific issues. The Prosecution submitted 368 items of evidence, the Defense 992, and the legal representatives of victims 13. (Source: ICC) Since Rome: The ICC since actually becoming operational around a decade earlier after adoption by 60 states (now there are twice as many and growing) has pursued multiple cases related to grave violations of international humanitarian law. “At present, 15 cases have been brought before the Court in the context of 7 situations that are currently under investigation: Uganda, the Democratic Republic of the Congo, the Central African Republic, Darfur (Sudan), Kenya, Libya and Côte d’Ivoire. The ICC Judges have issued 20 warrants of arrest (2 withdrawn following the death of the suspects) and 9 summonses to appear. Currently, five individuals are in the ICC custody and 11 suspects remain at large.” (Source ICC) Great Expectations: Most of us who had signed the Rome Statute in 1998 could not have expected such rapid development of the Court. The ICC investigation/indictment of Colonel Gaddafi last year was a milestone. Nonetheless, as events unfold in Syria, there is at least in me sense that ICC could and should be more engaged. Because Syria is not ICC member, the current arrangement necessitates referral from the UN Security Council. As several critical states and three permanent members (China, Russia & US) are not ICC Parties, it is unfortunate if the Court would be employed more on basis of political alignment and/or expediency. There is also an unfortunate tendency that for some “big power” leaders and “mediators” who perceive pursuit of justice and war criminals somehow undermines pursuit of peace. Actually though even antidotal evidence is suggesting the contrary and justice and certainly sustainable peace founded on the rule of law are complementary/mutually supportive. See more at our Popular Video Blogs & Current News Event Articles at diplomaticallyincorrect.org/c/war-crimes-justice By Ambassador Muhamed Sacirbey – Follow @MuhamedSacirbey Facebook = Become a Fan at “Diplomatically Incorrect” Twitter – Follow us at DiplomaticallyX

Ebola Outbreak The image above shows the history of Ebolaoutbreaks in Africa. Notice the dates in t…

Most importantly, it doesnt matter what you say as long as it is turn. If you can prove the truth of…

Hypocrisy, absence an backbit is one of the satanic qualify and habit that they are always try to fi…

THE PEN AND ITS POWER

Pen is nothing but an instrument used to write. It is that tool without which a person cannot write …

WHY SOME PEOPLE HATE MALALA

What is the reason for hating Malala? If someone belongs to Pakistan Taliban movement then we can un…