For a Gold Nugget More Review 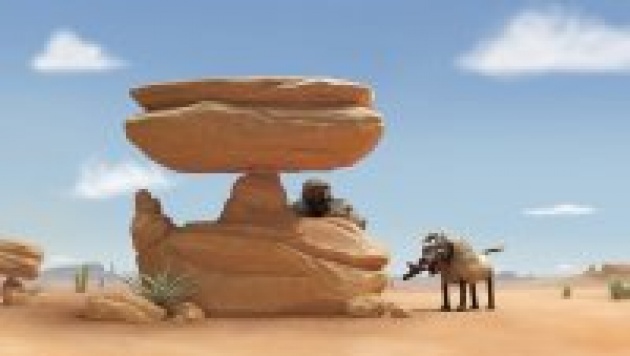 Sometimes simplicity is the best thing for making movies today. There is so much going on in so many films across all types of film genre, whether it is CGI or cool camera angles or any number of different story twists and turns. So much so that people forget the power of simplicity in storytelling. It is something of a lost art when it comes to film entertainment today. The power of a simple look between characters or anticipation of what is coming can do more for people’s enjoyment then anything out there.

Which is not to say that the CGI and cool camera angles don’t do a lot for people after all they would not have been created and they wouldn’t still be used if people weren’t interested in watching movies like that. They can be some of the most entertaining films out there. But with all the flash and bang, filmmakers today have to rediscover the art of subtlety and ambiance. Otherwise we lose the substance of the story and turns people off.

For a Gold Nugget More is a film made by a filmmaker that understands this simplicity principle. Remi Parisse & Antoine Kinget have taken to heart these ideas and produced a simple short animated film that plays off people’s basic ideas and needs. A gold farmer digging for a piece of gold and a brutish simpleton conspires to take it from him. Most people above a certain age understand the concept of money and the desire for it, and there is no shortage of people looking for the opportunity to take it in the easiest way possible.

In the way of both of them is a simple sheep that acts more like the dog Gromit then an actual sheep. But again, we have the filmmakers playing off a basic element of human nature. The need for companionship and the cute nature of animals, you don’t get more simple then that. And yet the film has an element of sophistication with it in the way it presents the animated film. These are the kind of people that should do well in the industry over the long term.

Check it out below and you can see more at Film Annex.