3 Different Parameters account for provision of basic healthcare in the society.

The Industry,Social Attitudes and Commercialisation of country.

First the Industry.Health care is a field where vast differences exist between the knowledge of consumer and provider.A person once fall into illness is not properly communicated and treated while some are redirected to other sources and further testing for which there is no time.Often the patient suffers in agony during this process.Healthcare is a very crucial commodittee and not like education where one when not satisfied,can change the school of his/her child.

Second the social attitudes,vast amount of taboos have existed in different socities,cultures and dialects of people no matter where they belong and what level of sophisitication they have been brought under.Such taboos include attributing unfavourable outcomes to divine will,which is no doubt sometimes is very true but in that condition,they fail to analyze the very need and gravity of the demand of situation.They press on the thought that the patient's time had come to die whatsoever had been done by the provider and they abstain from engaging in further.

Third The Commercialisation,The logic of medical market has now fully evolved from provision of healthcare,earlier regarded as a health providing service and augmenting respect for the providers has now become a source of income maximization and income support which is in fact a myth and fact at the same time.Although there are doctors who are fully committed to their one job but now the network between Doctors,Pharmacists,Lab Operators and medicine suppliers now provides for the fleecing of patients without any solace.

Given these factors, the only way to protect patients is very tight regulation in which the state, the traditional regulator, despite continuing attempts, has failed to measure up to needs.In fact,standards of service and accountability have continued to slip simply because growth in the number of providers and facilities has outstripped regulatory capacity.

In the long run the present system is not feasible.Especially in those countries where income rates are low and incidence of illness is high.If the costs of medical care are to made affordable that might be a solution.But the need of time is to establish a system or a model where households are regularly visited,checked and monitored without any exemption or criteria.

There are many examples to learn from.For Example,In 2014,The director general of WHO applauded the healthcare model and recommended to employ it in the whole developing nations,although anything happening in that country is not politically correct.

Even an affluent nation like UK practices a healthcare model in which the family practitioners and medical staff are responsible for the health facilities of the registered number of population.

Health care is severely out of control in the some developing and under developing countries like India,Pakistan,Bangladesh etc.It is upto common men to raise the awareness to avoid more tragedies.Otherwise this might effect both the rich and poor equal. 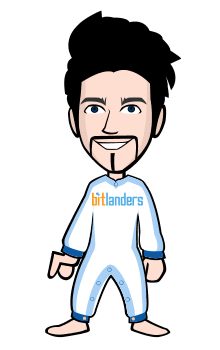