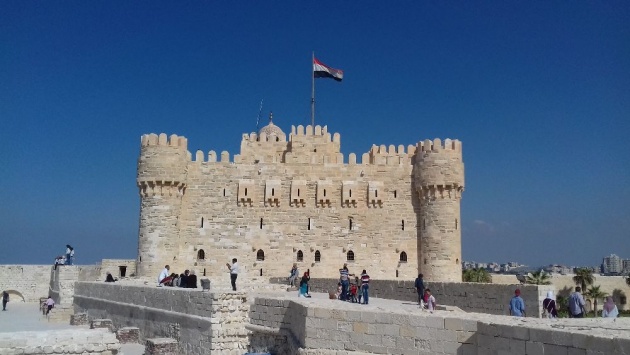 There is A Great historical monument which is Located on the Mediterranean sea coast , in Alexandria , Egypt . it was A Good Decision for me and my Family when we chose the Citadel of Qaitbay to visit . We could Feel the Historical Eras there because it is a 15th-Century Defensive Fortress . it was established in 1477 by Sultan AL-Ashraf Sayf AL-Din Qa'it Bay . The Citadel is situated on the eastern side of the northern tip of Pharos island at the mouth of the Eastern Harbour . 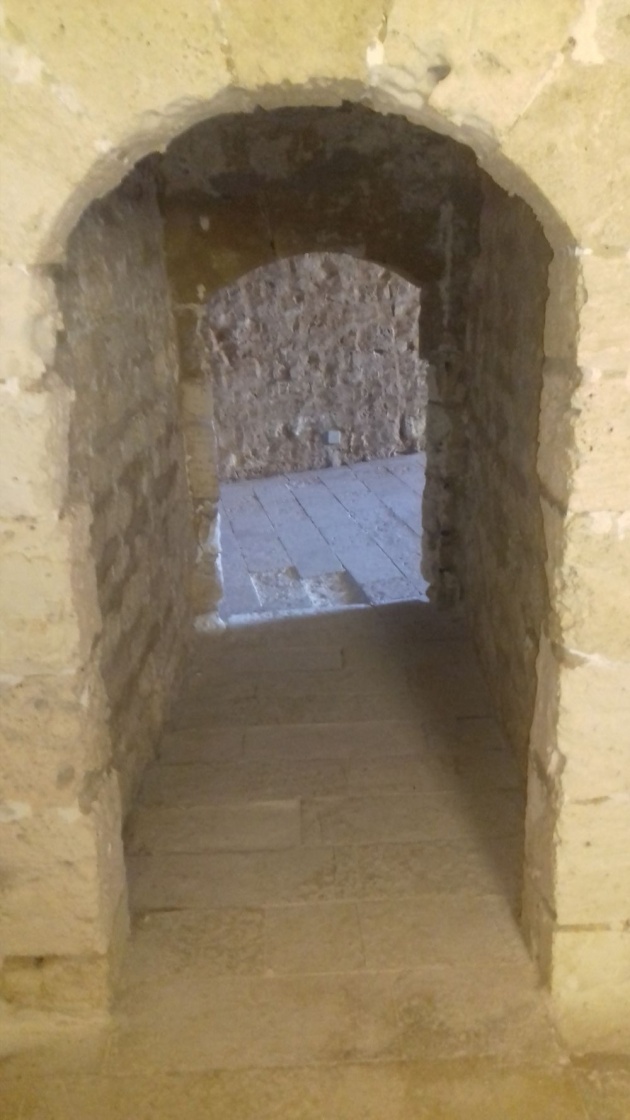 Sultan Qa'it Bay gave care to Alexandria and strengthened it and such Coastal Areas in Egypt and The Levant as A Result of Egypt-Ottoman Empire political relations Riots . when Bayezid took the Lordship after Sultan Mehmed The Conqueror , he had conflicts against His Brother Who sheltered to Egypt and the Mamelukes what make the Ottoman Empire Change it's Conquests to the Islamic East instead of the Christian Europe Since this time .

Sultan Qa'it Bay tried Hardly to strengthen The Egyptian and The Levant Coasts So He began to build several new castles and Maintain the old Castles which existed Since Previous Eras . This Sultan thought that An Ottoman Attack may happen and his thought was Right .

When the Political Riots increased in The Sultan AL-Ghouri Era , matters were Transformed to Military Clashes . The Egyptian and The Levant Towns Fallen into the Ottoman Empire Hands . 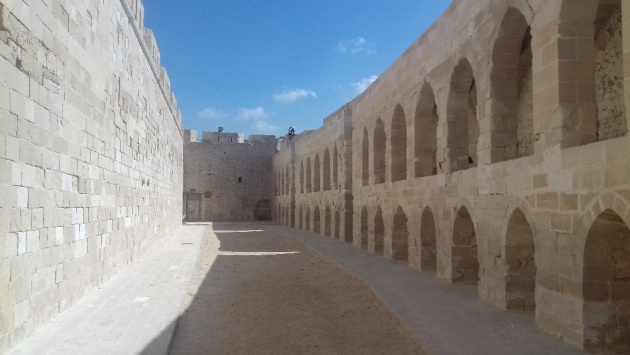 The Lighthouse was a squared Building . it's Height was one Hundred and Thirty meters and it Contained Three Hundred Chambers . it's Roof was Curved With a lighted Lantern inside it to Guide Ships . The Lighthouse continued to Function Until the time of the Arab Conquest , then Several disasters Occurred so the Lighthouse Shape was changed but it was still continue to Function .

Restoration began in Ahmed ibn Tulun Era . During the 11th Century , an Earthquake Occurred and caused Damage to the Octagonal part . the Bottom survived but it Could only serve as a Watchtower . A small mosque was Built on the top . in the 14th Century there was a very destructive Earthquake and the Whole building was Completely destroyed . 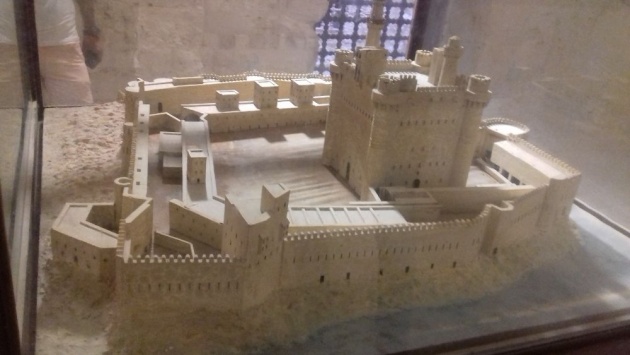 The Sultan Qaitbay travelled to Alexandria , accompanied with some other Mameluke princes to visit the site of the Old Lighthouse and during this visit He ordered to Build The Citadel .

the Sultan Qaitbay travelled again to Alexandria when the Construction was finished . He Provided The Fort with A Brave Legion Of Soldiers And Various Weapons . He also dedicated Several Funds from Which he Financed the Construction works as well as the Soldiers Salaries .

Qaitbay was one of the Most important and Prominent Mameluke Sultans , Ruling For about Twenty Nine Years . He was A Brave King Who Tried to initiate A New Era With The Ottomans by Exchanging Embassies and Gifts . He was Fond Of Travel and made many Prominent Journeys . 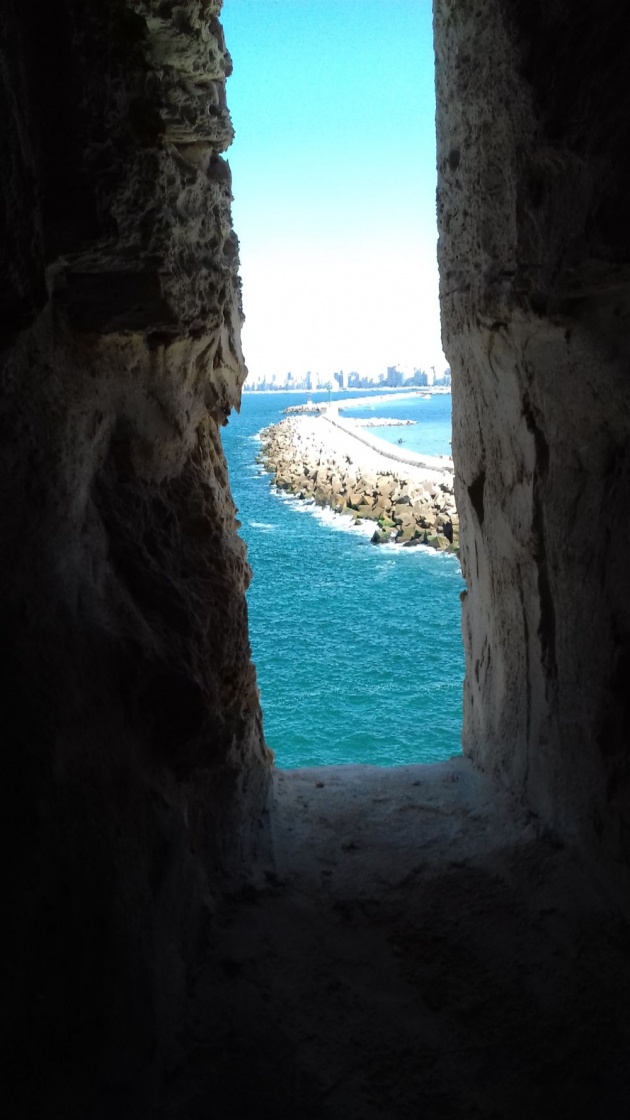 Qaitbay so Fond Of Art and Architecture that he Created An important Post among the Administrative System Of the State .

It was the Edifices Mason ( Shady AL-Ama'er ) . He built many Beneficial Construction in Mecca , Medina and Jerusalem . in Egypt there are About Seventy renovated edifices Attributed to him Like Mosques , Madrasas , Agencies , Fountain Houses , Kuttabs , Houses and Military Edifices Like the Citadels in Alexandria and Rosetta ( Known as Rashid City ) .

These Citadels were built to Protect the North Of Egypt against the Ottomans , whose power was increasing in the Mediterranean . 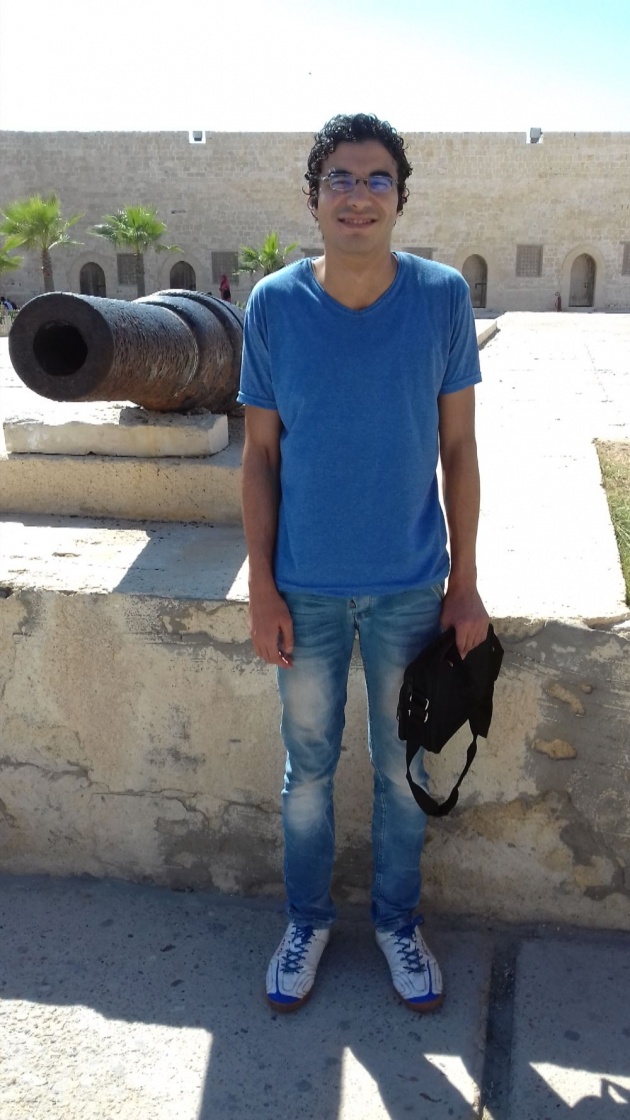 Qagmas AL-Eshaqy , The Edifices Mason was the architect of the Citadel . Before his Arrival in Egypt , he was A Mameluke of Djakmaq in Syria . During the rule of Qaitbay , he became the Edifices Mason and then the Viceroy Of Alexandria . He was appointed Governor Of Syria , built a mosque outside the gate of Rashid as well as a cenotaph and a khan . He also renovated EL-Sawary mosque outside the gate of Sadrah . Qagmas was intelligent as well as the overseer of many Constructions during the time of Qaitbay . 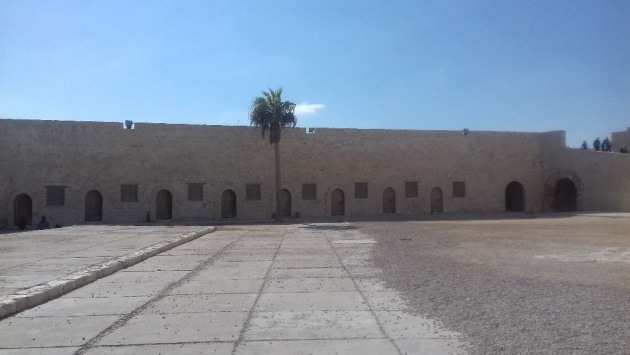 The Sultan AL-Ghouri gave the citadel Special Attention . He visited it several times and increased the Strength Of The Garrison , Providing it With Various Weapons and Equipments . it included A Large Prison made for the Princes and the State-men whom The Sultan Kept away from his Favour for Some Reason . 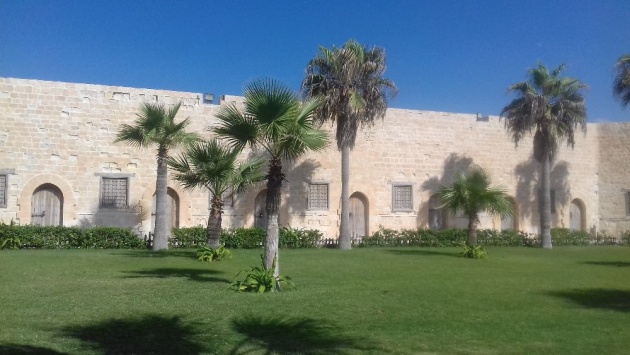 The Sultan Qansuh AL-Ghouri went to the Citadel Of Qaitbay with other Princes Where he Watched some maneuvers and military training on the Defensive Weapons Of the Citadel in that era . When he Felt the Approach Of the Ottoman Threat , he issued a military decree to Forbid Weapons to be taken out the Citadel . He even Announced that the death Penalty Would be the Punishment to those Who try to Steal anything From the Citadel and he ordered the inscription of this Decree On A Marble Slate Fixed to the door Leading the Court .

A decree by the order of our Master , the Noble Rank , King AL-Ashraf Abou El-Naser Qansoh EL-Ghoury , May God eternalize his reign , that no body Should take Makahel Weapon , Gun Powder , Tools Or Any other thing from the Noble tower in Alexandria and Any One of the Tower Party whether Mameluke , Slaves or Zarad Kashia who breaks this decree and Leaves the tower with something will be Hanged at the Gate of the tower deserving the God Curse .

After the Ottoman Turks had Conquered Egypt , even They cared for this Unique Citadel . They used it for shelter as They had Done with the Citadel Of Saladin in Cairo and The Citadels of Damietta , Rosetta , Al Borollos and El-Arish . They Kept it in good Condition and Stationed it with infantry , artillery , a company Of drummers and trumpeters , Masons and Carpenters . 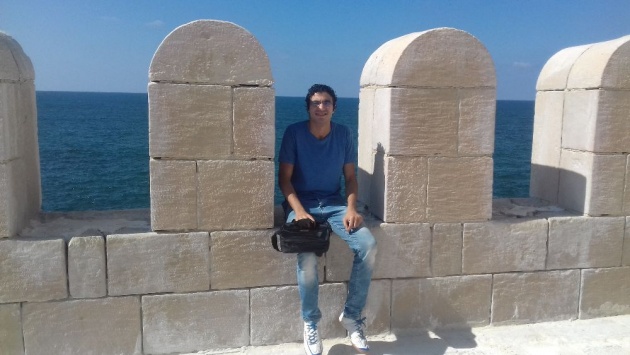 As the Ottoman military became weak , the citadel began to Lose it's military importance . in 1798 during the French Expedition Of Egypt , it fell into the French Troops Hands because of the Citadel Garrison Weakness and the power of the French Modern Weapons at that time . inside it , the French Found some Crusader Weapons which dated back to the Louis IX Campaign . 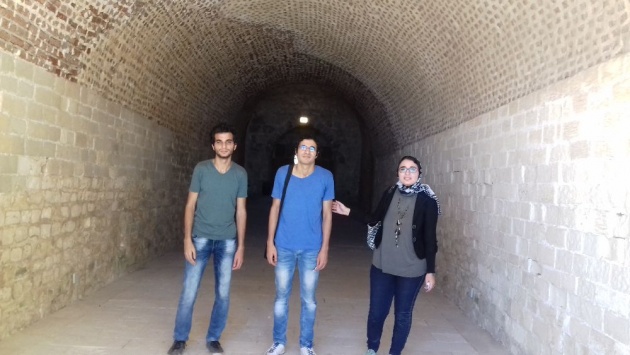 When Muhammad Ali Pasha became the ruler of Egypt in 1805 , he renovated the Old Citadel . restoring and repairing it's outer ramparts and he Provided the stronghold With the Most Modern Weapons Particularly the Littoral Cannons . We can consider the reign of Mohammed Ali as being another Golden era for the Citadel .

The Citadel retained the interest of Mohammed Ali successors Until the year 1882 When the Orabi Revolt took place .

The British Fleet bombarded Alexandria on 11 july 1882 and damaged A Large Part of the city especially in the Citadel Area . This Attack Cracked the Fortress Causing great damage . The north and western Facades were severely Damaged as a result of cannon explosions , Aimed directly at the Structure . The western Facade was Completely destroyed Leaving Large Gaps in it .

The Citadel then remained neglected Until 1904 When the Ministry Of Defence restored the Upper Floors . King Farouk Wanted to turn the Citadel into a royal rest house so he Ordered a Rapid renovation on it .

The consensus seemed to be that if really Large numbers of men were sent to storm the mountain , Then enough might survive the rocks to take the citadel . This is essentially the basis of all military thinking .

After the Revolution of 1952 , the Egyptian Naval troops turned the building into A Maritime Museum .

The biggest restoration work dates to 1984 When the Egyptian Antiquities Organization made ambitious Plans to restore the Fort .

I study the media , Department of journalism . I love reading and contacting ❤❤❤

story of a trip to Antoniadis park and zoo

image credits :ehab- elsayedviabitlanders i have lots of desires to write about a story of an amazin…