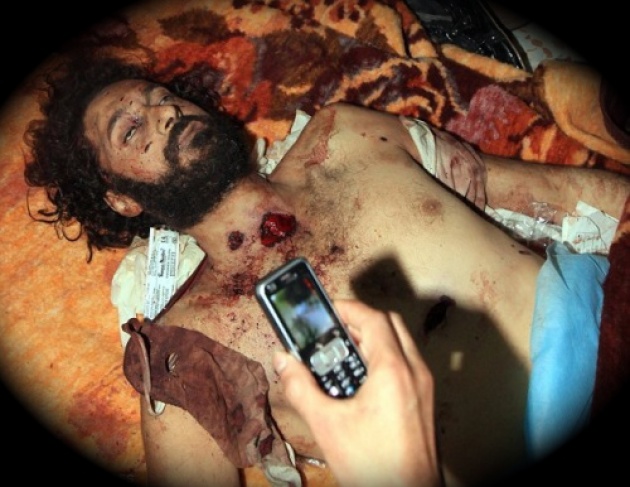 The UN Security Council will receive an update from ICC Prosecutor Louis Moreno Ocampo. Libya’s cooperation with the ICC is imposed by UN Security Council Resolution and not treaty or some other voluntary action, and it was not directed and thus expired with the demise of Colonel Gaddafi and his regime. The new Libya as the old Libya is obliged to cooperate with the ICC.

Libya’s willingness and capacity to hold fair trials for Saif Gaddafi and Abdullah al-Senussi, indicted by the ICC along with Col. Muammar Qaddafi, is now a matter of the UN Security Council as well as the ICC. Saif is in custody somewhere in Libya held under less than clear circumstances.  Senussi was arrested in Mauritania in March, where he still remains.

Normally, if Libya was a party to the ICC/Rome Statue, the principle of complementary jurisdiction would effective give Libya the first crack and in effect benefit of doubt that it could deliver a fair trial. However, the unprecedented situation here at least subjects Libya to greater scrutiny by the ICC but in effect perhaps also the UN Security Council. The new Libyan authorities have not garnered confidence in some instances and in others exposed themselves to criticism from less than sympathetic quarters in The UN Security Council including:

---Evident brutal killing of Colonel Gaddafi and his other son Mutassim – See our Blog for Film: “Does Manner of Gaddafi’s Killing Matter?”

---Apparent treatment of “enemy combatants” and news of summary executions;

In my opinion, (recall I’m negotiator and signatory of the Rome Statue), the potential of death penalty being imposed upon Saif and Sennusi also raises concerns. The ICC explicitly has rejected the death penalty. In the event of traditional complementary jurisdiction, the death penalty may still come into effect some would argue. However, a case referred by the UN Security Council, (and especially in event of non-ICC state), presents a different set of both legal and factual circumstances. The execution of Saif and/or Senussi could be interpreted as being carried out under the authority of the UN Security Council, not a welcome nor acceptable result for many UNSC members. (There is one possible loophole to this argument – that Saif and Senussi are also prosecuted for crimes beyond the date and scope of UNSC  Resolution 1970 – for example crimes committed against the Libyan people prior to the uprising).

Libya made a presentation to the ICC in early May requesting that the two be tried on Libyan soil- not in The Hague. Ocampo has said that it was up to the Libyan authorities to make their case to the ICC judges—who will ultimately decide whether to remand the case to a Libyan court—for being able to conduct fair trials for the detainees. As outgoing ICC Prosecuror Ocampo, (to the dismay of some key players within the ICC system), has exhibited an inclination to give the new Libyan authorities a rather free-hand, for now it appears at least functionally difficult for the ICC as institution to develop an assertive position. According to many frankly Ocampo has let the ball drop. From my perspective, this has been an opportunity for the new Libya to really divest itself of the history of brutality evidenced by its former dictator and also provide greater global momentum to reject the death penalty as an expression of our shared civilization. Of course, with leading executors on the UNSC as China and the United States, one wonders how welcome such a new global perspective would be?