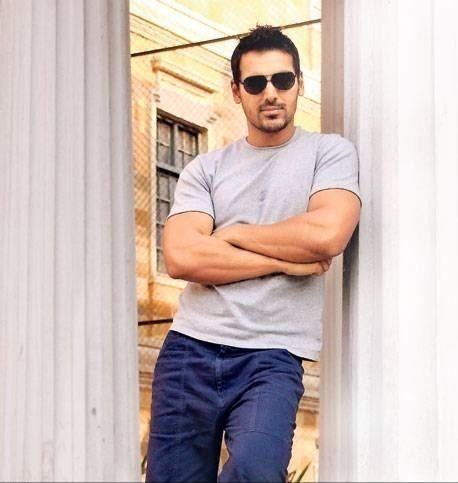 John Abraham is an Indian film actor, producer and a former model. He shot to fame with his first successful movie Dhoom (2004). He received two Filmfare Award nominations for his negative roles in Dhoom and in Zinda (2006). He was nominated for a Filmfare Award for Best Supporting Actor for the film Baabul (2006).

In 2012, he produced his first movie Vicky Donor, which was a critical and commercial success. He was last seen in Welcome back movie. Now he will be seen in upcoming Bollywood movies like Hera Pheri 3 and Rocky Handsome.

Biography by
John Abraham was born on 17 December 1972 to a Malayali father Abraham John and a Parsi mother Firoza Irani in Mumbai. His father is an architect from Aluva, Kerela. His Parsi name is 'Farhan' but his father being Marthomite Syrian Christian named him 'John'. He has two siblings, a sister named Susy Mathew and a younger brother Alan who is an architect.

Education by
John has completed his schooling from Bombay Scottish School, Mahim, Mumbai. He got his Bachelor's degree in Economics from Jai Hind college. He pursued his MBA from Narsee Monjee Institute of Management Studies (NMIMS), Mumbai.

In MS Dhoni biopic
The well known truth is that, actor John Abraham and cricketer Mahendra Singh Dhoni are best friends. Now the actor is all set to play himself in Neeraj Pandey's MS Dhoni - 'The Untold Story'. John said that, "I'm glad a film is being made on Mahi's life. I respect the vision of the director and I'm sure Sushant (Singh Rajput) will be fantastic".

Marriage/Wife by
John Abraham got married to Priya Runchal at a private ceremony in Los Angeles. John met investment banker Priya in 2010 at a common gym and very soon rumours emerged that John started seeing Priya while he was in a steady relationship with Bipasha. But John refuted these allegations and stated in an interview that he met Priya through a common friend and there was an immediate connection.

The film was written and directed by independent Canadian film-maker Deepa Mehta. It was nominated for the Academy Award for Best Foreign Language Film. His first film of 2013 was the multi-starrer Race 2 which was commercially successful.

In Hera Pheri 3
Director Neeraj Vora has roped in Abhishek Bachchan and John Abraham to play the male leads in his upcoming film Hera Pheri 3 which is the third installment of the Hera Pheri franchise. He will be seen playing double role with contrast personalities and nature.

As Producer
John's debut film as a producer was Vicky Donor (2012) which starred Ayushmann Khurrana, Annu Kapoor and Yami Gautam followed by his second production, Madras Cafe which was also directed by Shoojit Sircar.

In 1911 movie
John Abraham is coming up with the new venture of Shoojit Sircar's film "1911". The director is focusing on the life of footballer Sibdas Bhaduri, who successfully led bare-footed Indians against British footballers in 1911. 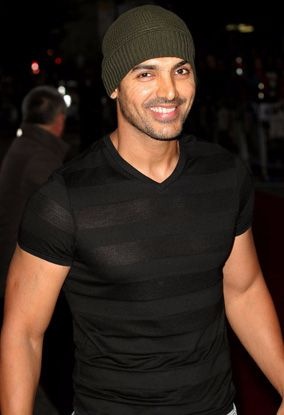 Born and brought up in Mumbai, India, John Abraham is one of the most successful male models in India. John grew up in a middle class family. His father Abraham John is a Syrian Christian (Nasrani or Saint Thomas Christian) from Aluva, Kerala, India and his mother Firoza Irani is a Zoroastrian Parsi from India's Parsi community. His father is an architect and his mother is a homemaker and charity worker. He has a younger brother named Alan Abraham. John's Parsi name given to him by his mother's family is Farhan. Being a Syrian Christian from Kerala, his father gave him John, a biblical name, as his first name and Abraham as his last name from the Nasrani naming system by receiving the father's first name as a last name. A Syrian Christian person from Kerala receives their surname from their paternal grandfather, father, or family house.

John studied at Bombay Scottish School, Mahim in Mumbai. He got his bachelor's degree in honors economics from Jai Hind College and got his MBA from Narsee Monjee Institute of Management Studies, Mumbai. John also received an MMS from Mumbai Educational Trust (MET). As a student, he was just a bit above average, and was always in the top 15 in his class. He was the captain of his football team at Jai Hind College. He also ran track at Bombay Scottish School, where he was a champion in the 100 and 200 meter dashes. John trained in Tae Kwon Do under master Javed Khan.

After college, he worked in media at Time & Space Media Entertainment Promotions Ltd and Enterprise Nexus. His big break came when he entered the Gladrags Manhunt competition in March of 1999. He almost missed the deadline, but luckily, he was allowed in. John won Gladrags Manhunt and went on to compete for Gladrags Manhunt International in the Philippines, where he finished first runner-up. After that, he began working on many modeling assignments. He got signed by Cary Models in Singapore and did a fair amount of work there, and later in Hong Kong, London, and New York.

His first blockbuster smash hit came in the year 2004 when he played the antihero Kabir in Dhoom (2004).
- IMDb Mini Biography By: The Old Fox {by_oldfox@yahoo.com}

Trivia (15)
Indian supermodel
His voice was dubbed by another actor in his first film Jism (2003).
Is a vegetarian
Is half Malayali and half Parsi: Father is a Christian from Kerala, mother belongs to India's Parsi community.
Was approached by Rajiv Rai for Naseeruddin Shah's role in Asambhav (2004). After he refused the role, Rajiv Rai decided to make the character older and approached Nasseruddin.
Before he went to modeling he was working as a media planner for an ad agency.
Turned down the role of Rohan in Nazar (2005).
Was in a relationship with Bollywood actress Bipasha Basu from 2002-2011. They were often referred to as a super couple in the Indian media.
His favorite actress is Rani Mukerji.
Debut film was to be " Is Pyaar Ko Kya Naam Doon" opposite Akanksha Malhotra, directed by Rahul Rawail. The film was shelved after 75% completion.
Starred in Cinevista' s shelved film co starring Raveena Tandon and Akanksha Malhotra. Was to be directed by Puneet Issar. This was in 2002.
Viraj Adhav was the dubbing artiste who dubbed for John Abraham in his first few films.
Starred in Andalib Sultanpuri's shelved film , co starring Bipasha BasI and Dino Morea. This was in 2004.
Starred in Mahendra Dhariwal's shelved film " Mera Bharat Mahaan" . Not to be confused with the film " Heroes" that had the same title. Co starring Sunil Shetty, Sohail Khan. Directed by Puneet Sihra. This was in 2003.
Starred in Time Magnetics shelved film directed by Anurag Basu. This was in 2004.
Personal Quotes (4)
"I was slightly disheartened when three of my films didn't work at the box-office.But the silver lining is that people did appreciate my work in those films. Had my performance gone unnoticed, I would've been in big trouble then".
I don't have a problem being labeled a sex symbol though I personally don't feel very sexy about myself. There's no harm in my creating a niche for myself in a certain bracket.
My greatest strength as an actor is that I follow my director's brief completely. The film is always the director's visual baby.
I have no inhibitions when it comes to showing off my physique, but appearing nude on screen is out of the question. I don't need to resort to it and definitely not at this stage of my career.