I love fantasy and sci-fi shows but not all of them. There are certain things I like and this movie is just so-so for me. Why? Well, read on and find out.

Warning: Plenty of spoilers ahead. 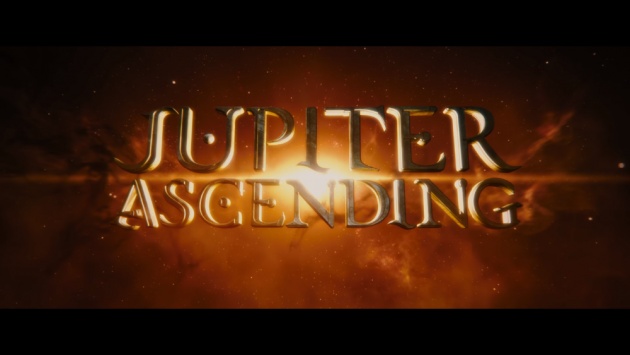 Here are some of the main cast members in the film.

The protagonist is a woman who lost her father before she was even born. She hates her life too.

A cross-breed of human and canine. An ex-soldier sent to get Jupiter out of Earth.

He is a ruler of planets and the House of Abrasax royalty. It is under his rule that planets are harvested for profit.

He is a cross-breed of human and bees, a comrade of Caine. He has been living on Earth with her daughter as an exile.

Watch the trailer below.

Jupiter Jones is living a life she hates. She is part of a family of illegal Russian immigrants. Her family does home cleaning services including cleaning toilets.

She was told her father had a love of stars and planets including Jupiter. Supposedly she was born under fortunate or auspicious star alignments, while her family was on the way to America. Jupiter feels otherwise.

One day her cousin comes by again to talk to her about donating some of her eggs. It would help them make some big money. She terribly needed money to buy an expensive telescope so she finally goes to the clinic using a different name. 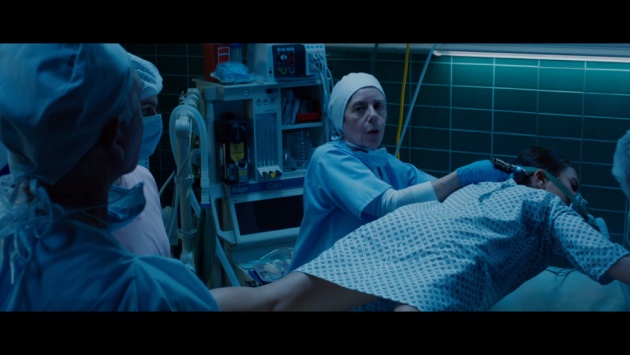 On the day of the operation, little disguised aliens try to kill her on the operating table. Suddenly someone comes to her rescue. Another alien, a humanly handsome buff hunter (Caine) saves her life and he encourages her to leave the planet.

More enemy aliens come around to keep them from leaving. The guy's ship is destroyed leaving him no choice but to go to a fellow alien human-like being on Earth. Turns out Stinger is an exiled comrade. They were both former soldiers from another planet. Stinger and Caine battle it out upon meeting each other until Stinger's bees reveal she is royalty. Stinger explains to Jupiter some of humanity's unknown history. 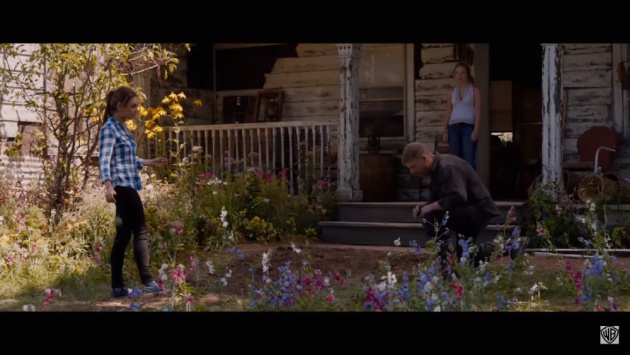 After a while they are suddenly attacked by another group of aliens and Jupiter gets taken away into a ship. Caine almost didn't get to sneak into it. Once at the ship's destination, Jupiter finds out what and who she really is. In an alien world, she begins her fantastic intergalactic adventure. In the end, she gets the guy and eventually gets to own the planet Earth too.

It would have been fantastic if The Wachowskis could have deepened the storyline. I see now why the reviews were not too good despite the fact that the story is promising. If the Wachowskis can make a spin off TV series out of this then I think it would be better. Or perhaps another trilogy like The Matrix would suffice. The narrative would have had a better build up and meat rather than being a very simple love story.

The Save the Earth angle is not even heart tugging. I mean it's like an accessory to the love birds' story really. I'm not against romantic movies, I enjoy watching a good romantic film but I'm more into fantasy and sci-fi than love. Moving on, let me share what I think about the rest of it. 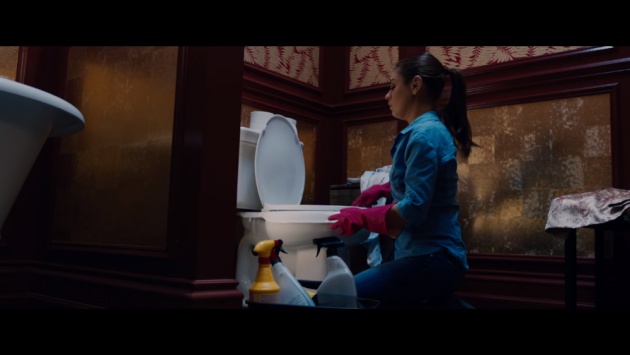 The fact that they chose to focus on romance, with an earthly rags to universal riches scenario, says something else. If you're looking for a heart-warming love story, this is not what you watch. 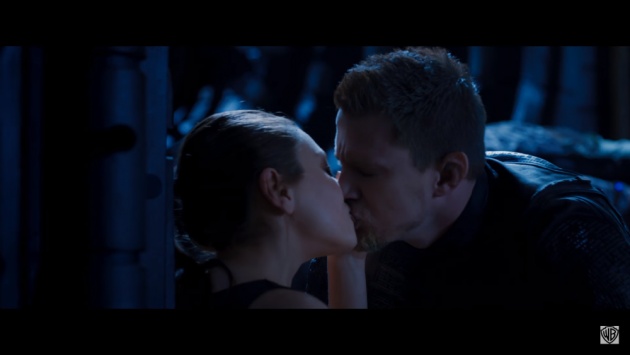 Jupiter Ascending is about girlish wishful thinking. It's a "What if?" story that came true for her; a fantasy dream that girls should wake up from. Of course let's face it, we all want someone else (like a prince) to be responsible for our lives during difficult times.

If we want stories about women empowerment then this is not the one to watch. To me this is more of a literal woman empowerment film only because she gets an intergalactic powerful position: "Queen of a Universal Empire". The independent woman in me does not approve. Why? Because her Majesty, Jupiter Jones, is one of those females who were waiting for someone else to save her from her life.

Newsflash: We humans are in charge of our destiny.

Even with God's grace, if we do not do something about our bad life situation no one will do it for us. If someone does it for us, without us asking for help, we will think we don't need to make ourselves better. We would not realize what we need to work on. The fact that she needed a major alien influence to realize she can have a better life handed to her is sort of pathetic. 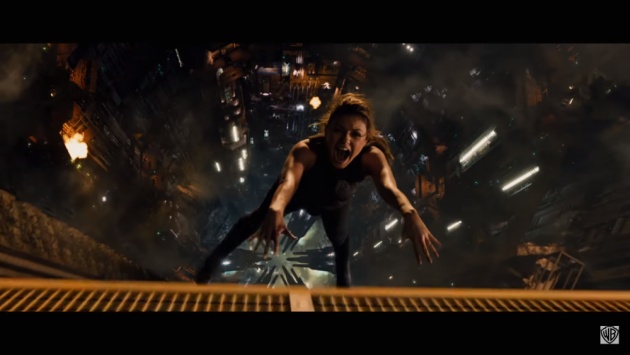 Yes it is that sad, because when you are in any low life situation, you will not realize how badly you are in need of help. You will think you cannot do anything in your life until it comes to a truly terrible point. Once you've come so low that you hate your life and also feel weak and sorry for yourself, only then will you decide to start changing your life for the better. Luckily (or unluckily?), that does not happen to our dear royal majesty. The universe barges in on her life and makes her feel "special" instead. Space Twilight anyone?

The only saving grace of her character would be, in the end, she decided the entire human race is more important than just her family. 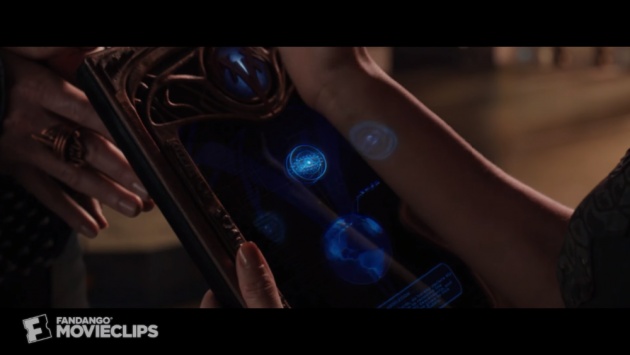 As for the science fiction part of Jupiter Ascending, it is actually the beginning of a quite fantastic story. Imagine, the Earth is just another planet or "soil" where "products" are seeded on and harvested from. The humans are what's for harvest; an eternal youth resource ingredient. Human beings become liquidized commodities. When someone bathes in a pool of it, the liquid replaces every old and dying cell with new ones. This means, the Earth humans are now the "cattle or pigs" to the more advanced alien civilization.

I would perhaps love reading this as a series of novels too. It would probably have blown my mind if the narrative was better. Imagine, human beings as cattle to produce something that can extend a superior human-like race's life and youth. Who wouldn't want to look and feel young forever? Wow, no wonder they live for millennias. Being harvested though is bad for us but amazing for them.

I think that's a much better central film plot: a vain superior alien race capitalizing on "time" and an intergalactic "evil" empire. Ah what a  dog eat dog universe. 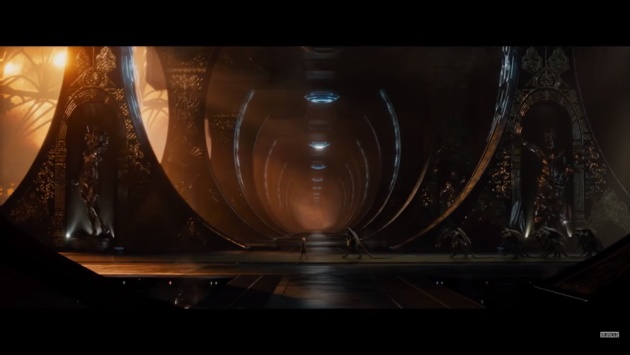 Again, I really think it could have been a much better film if the sci-fi aspects and character back stories were more developed. Too bad it could not have fitted into just one movie.

Eddie Redmayne is fantastic as Balem. The problem is, the audience is disconnected from him. Initially we do not understand nor even care why his eyes tear up suddenly. The movie makes us focus more on the love angle instead of anyone else. 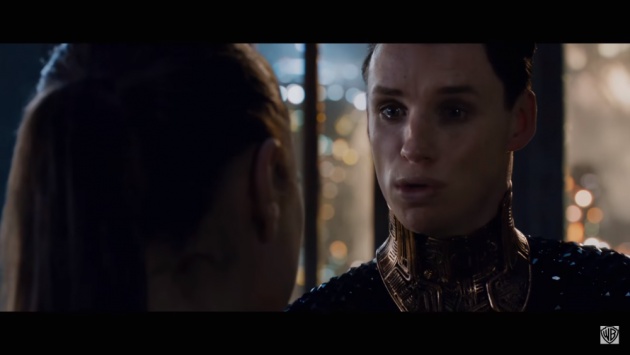 If it was a different movie, we would care more about everything his character has done and why the harvest is something we should be concerned about. Due to this, most people see Balem as an overacting mad man but he is most definitely not. He is a tormented soul as well. Let's just say Eddie's excellent acting skills is misplaced in a superficial film. Too bad he got a Worst Supporting Actor Razzie award for this movie in 2015.

As for the not so star crossed lovers, their actors did a pretty good job of two "deprived and hormonal" people supposedly suddenly in love trying to bed each other. I'm sorry but that's really how it came off to me. If that's what the story is partly about then hey we can't blame the movie stars for playing them.

Hands down, THE BEST PART OF THE MOVIE. I just love it. My eyes feasted on everything. If I had seen it in a theater I would have been dazed but not too confused like in one of those Transformers films. 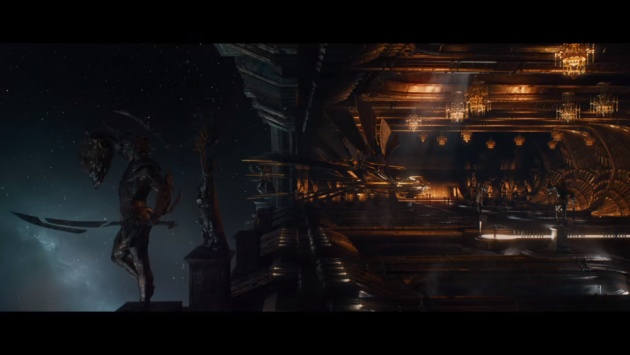 Ah such fantastic planetary and intergalactic scenery. Wow. And the technology too, so high-tech and Star Trek-ish. The costume and props are all fabulous and cool too. The special effects also seem as real as if the things we see really exist, except for the little aliens called "Keepers." That doesn't really matter if the rest look amazing enough. The Wachowskis probably got excited and focused too much on the production details and forgot about the narrative. Well hey, we can't expect perfection from everyone.

Some of the battle scenes were kind of overextended for my taste but nevertheless it added more thrill to the otherwise lacking story. And also you get loads of topless Channing Tatum and some of Eddie as eye candy. Okay fine it's a movie for girly sci-fi princess geeks, maybe.

Anyway, sound effects and soundtrack is good enough as well. Not bad at all.

And now we come to the final part of my review. Here's my rating per category.

Based on the above scores, my final rating is a 7.83 out of 10 stars. It's not too good of a sci-fi movie but not too bad either.

Want to know what Manny the Movie Guy thinks? Here you go, watch his movie review.

For my other fantasy or sci-fi movie reviews, click below: