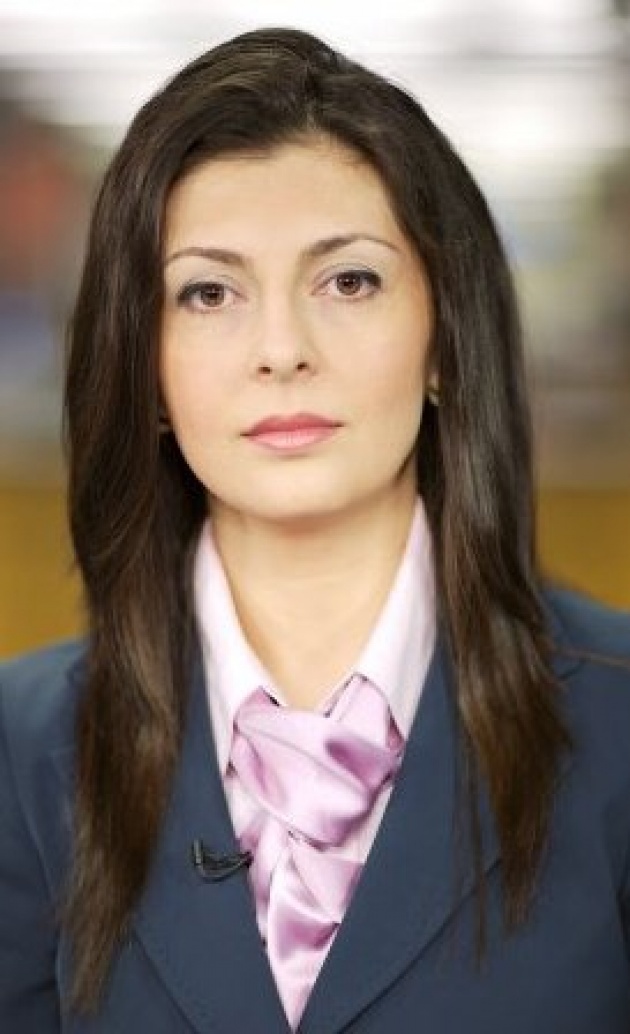 Lina Rozbih-Haidari is the main News Anchor for the Voice of America (VOA) Dari Ashna Television. Rozbih is an acclaimed and award-winning Afghan writer and poet in the Dari language. Her works include Dari and English short stories, poetry, as well as social and political commentaries, which have been published in major Dari , Pashtu, and English publications. She has a degree in Communication and Media and Bachelor Degree in Political Science and International Relations from Concordia University.

FA: What first inspired you to become a journalist?

LR: What inspired me to become a journalist has very much to do with the recent history of Afghanistan and the many ways in which our people have suffered over the past thirty years. Because every Afghan household was concerned about the situation, they would daily listen to radio to follow the news about whether security would improve and peace be restored so that they could go about their normal life, a dream that has yet to come true for the Afghan people. So, like most Afghan children, I grew up listening to radio, and was even woken up by the sound of news tuned in to by my parents early in the morning. Overtime, I developed a deep interest in politics and journalism, which I pursued academically and later professionally to write commentaries and columns in various publications in Iran, Pakistan, Canada, and the US, analyzing the situation in Afghanistan and the various causes of insecurity in the country. In the process, I took an interest in broadcast journalism, and began working with the Voice of America in 2003 where I continue working as a news anchor and correspondent.

FA: What topics interest you the most?

LR: Global politics in general and Afghanistan in particular interest me the most. And I follow developments relating to these topics very closely in an effort to understand how the two interact and affect one another. Much of the news that I have focused on is usually about events in Afghanistan, in our region, or beyond, which are somehow interconnected in a globalized world.

FA: How do you see the current state of journalism in Afghanistan, after the Taliban regime?

LR: Journalism has seen extraordinary progress over the past 12 years since the fall of the Taliban. Indeed, it’s a sea change from a state of chaos under the Taliban when people could hardly watch a movie or listen to music freely to now when there are around 80 TV stations and more than 180 FM radios and hundreds of press titles. They freely operate under a wide range of entities, from the government and private sector to foreign and NGO sponsors. Moreover, the quality of news and journalism as a whole has significantly improved over the past 12 years. At the same time, more and more Afghans have gained access to internet and use social media both as a means of communication and as an alternative source of news and information. So, I strongly believe that if these gains are consolidated in the years to come, such challenges as a lack of protection for journalists, a lack of capacity for producing quality content and programming, and certain threats to freedom of press and expression would automatically be addressed.

FA: Working as a female journalist in Afghanistan has its own challenges. What risks do female journalists face during their professional life? How did you deal with the ones you personally faced?

LR: First, let’s remember the status of women under the barbaric rule of Taliban. Afghan women were denied their very basic human rights such as access to education, employment to earn a legitimate livelihood, or even freedom of movement without a male guardian. Today, there are many female print and broadcast journalists, as well as bloggers across urban Afghanistan, giving a strong voice to the women of Afghanistan and advancing their equal rights under the Afghan constitution. But their increased effectiveness in the press in an insecure, highly traditional and conservative society dominated by men has led to targeting or silencing of numerous vocal female journalists and bloggers. Some have been attacked by the Taliban, while others have been silenced by their families. I too have been subjected to frequent criticism for not wearing “hijab” at work and while broadcasting. However, given my focus on the suffering of our people and proposing concrete ways to address the challenges confronting Afghanistan, a greater number of Afghans, including men, have admired and appreciated my efforts. That is why I remain quite inspired and dedicated to my job as a broadcast journalist.

FA: The media is undergoing drastic changes because of the opportunities for independent journalism to write blogs and constantly update stories online. What do you think about these phenomena? Can it change journalism in Afghanistan?

LR: I think the rapid advances in information and technology have revolutionized media through the medium of internet, fast replacing what used to be traditionally dominated by print and broadcast media. The impact of social media and blogging, for examples, is immense as far as the unprecedented expansion of popular access to many alternative sources of information and news is concerned. From the Arab Spring, we learned that although traditional press was denied access for reporting or was restricted where and how they could report, ordinary people, using their the video-camera of their mobile phones, frequently took footages of unfolding events and placed them online, informing the public of news that traditional media could not cover. So, this is a global phenomenon, encompassing Afghanistan and every other country, where journalism has had to adjust to new ways of business that is more transparent and less censored.

FA: What is your advice to young Afghan girls interested to follow on your footsteps in the world of journalism?

LR: Foremost, I’ve personally benefited a great deal from the encouraging, constructive comments and suggestions of many Afghan women and girls in doing my job as a journalist better. This means that any journalist, student of journalism, or others aspiring to become one must work with an open mind. And at the same time they must believe in what they do, that they must be firmly committed to the profession and passionately pursue it. What’s more, in addition to education, building a habit of reading anything, not just issues of specific interest, immensely helps prepare one for being a well-rounded journalist. As I was growing up and throughout my school and university years, I never stopped reading on different issues, ranging from social, cultural, political, and economic to scientific and technological topics. This has helped me speak, discuss, and debate with easy, while formulating questions for interviews or producing content for reporting and programs on daily to weekly bases. I wish any Afghan girl pursuing the profession of journalism the best, and look forward to helping any way I can.