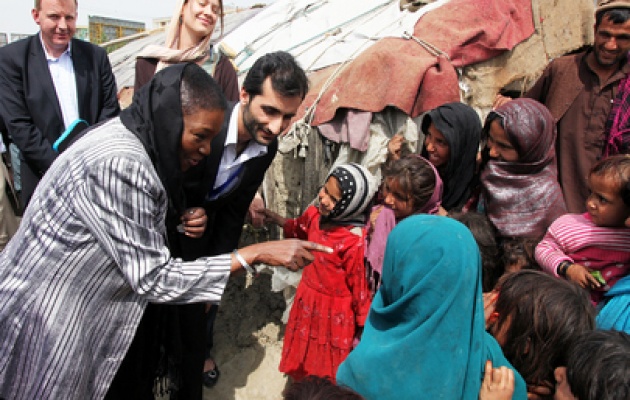 “Islamic law and traditions embrace the principle of providing protection to those who seek asylum. It also forbids the forced return of those asylum-seekers. Both of these principles are cornerstones of international refugee law,” the High Commissioner for Refugees, António Guterres, offered during an Organization of Islamic Cooperation (OIC) conference in Turkmenistan’s capital, Ashgabat. The conference – organized jointly by the OIC and the Office of the UN High Commissioner for Refugees (UNHCR) – is the first ministerial-level meeting to deal specifically with the issue of refugees in the Muslim world. According to UN News Centre: “It seeks to highlight the continued generous hospitality and assistance extended by OIC member States to refugees and asylum-seekers, many of whom have been hosted in large numbers over a long period of time.”

The Conferences main themes are UNHCR’s role in enhancing refugee protection in OIC member States; multilateral cooperation, including burden and responsibility sharing to protect and assist refugees; and voluntary repatriation, as the most preferred durable solution for any refugee situation. Pointing to conflicts affecting OIC members in North Africa, the Middle East, the Horn of Africa and along the Sudan-South Sudan border, Mr. Guterres called on delegates to work together to address “the needs of those UNHCR was created to serve.”

Most UNHCR efforts in Islamic Countries:

He noted that 50 per cent of those of concern to UNHCR last year were hosted in OIC member countries. That amounted to more than 17 million people, comprising refugees, asylum-seekers, returnees, internally displaced people and the stateless. Mr. Guterres also drew attention to a regional solutions strategy agreed between the Islamic republics of Afghanistan, Iran and Pakistan and UNHCR to address the Afghan refugee situation as a recent success. (See our Blog for Film – “Do not Forget Afghan People” ). “Just as Afghanistan, Iran and Pakistan are forging a common vision and approach, there are other opportunities for a structured dialogue to promote solutions in other protracted refugee situations in the Muslim world.” See our Film for Blo – “Angelina Jolie in Afghanistan” .

Adopting the Convention on the Right of Refugees:

The High Commissioner also urged those OIC countries that have not already done so to accede to the 1951 UN Refugee Convention – which forms the legal foundation on which UNHCR’s work is based – and its 1967 Protocol. The Convention, adopted to resolve the refugee problem in Europe after the Second World War, provides a definition of who qualifies as a refugee – a person with a well-founded fear of being persecuted for reasons of race, religion, nationality, membership of a particular social group or political opinion – and spells out the rights and obligations between host countries and refugees. The Protocol removed a deadline and geographical restrictions from the Convention.

See our Video for Blog – “Refugees on Syria/Turkey Border”