mac dre had a lot of legal issues before he died in a drive by shooting In 1992 Mac Dre was charged with conspiracy to commit robbery and was sentenced to 5 years in federal prison after he refused the deal the police had offered him, which was informing law enforcement about his partners. At the time Hicks owned the record label, Romp Productions.he served a very long time in jail

During his time in prison, "Mac Dre Presents: The Rompalation" was released in 1996. After his release from prison in 1997, he recorded his second album Stupid Doo Doo Dumb. It was released April 28, 1998. Following those albums, Hicks met with Executive Producer Bernard Gourley and recorded the album Rapper Gone Bad with production help from Tone Capone, Lev Berlak, and Warren G.

In 1998, Hicks relocated to Sacramento to distance himself from the Crest; After prison, Dre began embracing the party lifestyle in an attempt to make up for time lost behind bars. Hicks started a new record label, called Thizz Entertainment. Dre's ultimate goal was to help people find a way out of the street life and help better themselves. He worked with many well-known artists nationwide. he made up for the time after being behind bars. Mac Dre and members of Thizz were scheduled to do a show in Kansas City on October 31, 2004. Allegedly, there was a payment dispute with the club promoter. Mac Dre left the show after the dispute and went back to his hotel room. In the early morning hours of November 1, 2004, on U.S. Route 71 in Kansas City, Missouri, unknown assailants in a stolen black Infiniti G35 began shooting at the white van in which Hicks was a passenger. The driver crashed and was able to get to a phone to call 911, but Hicks was pronounced dead at the scene from a bullet wound to the back of the neck from an Ak-47 round. There have been no leads as to the perpetrator, and the case currently remains unsolved.[5] Hicks was buried at Mountain View Cemetery in Oakland. 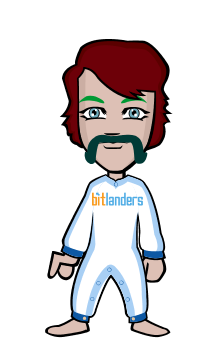