Today I am here with one movie review.
I hope you are going to like it, enjoy and let me know if you like it, in the comments below!
So, let's start! 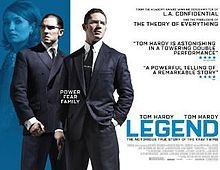 Some basic things about movie

The Legend was filmed in 2015. Movie is adapted from John Pearson's book "The Profession of Violence: The Rise and Fall of Kray Twins ". Book is a true story about those twins, about things that were connecting them and about things that were separating them.
It is in English and it is one more biographical movie about criminals. Movie is showing us life story of most dangerous gangsters from London in 1960s. They are twins, one of them is bad and other one is even worse.

But why this movie is so special? 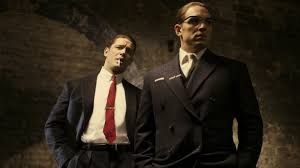 First of all two main roles is playing handsome Tom Hardy. And he is really excellent. Kray twins are two totally different persons.
Reginald "Reggie" Kray is really handsome guy, former boxer who became an important part of criminal underground in London in the middle of 20th century.
Ronald "Ronnie" Kray, his twin brother is totally different than him. He is not very pretty and at the beginning of the movie he is locked up in a mental hospital.
As you can see from these two short descriptions they are not similar at all, and Hardy's both roles are great. Maybe this was not the best movie where Tom played, but twins are definitely roles where he gave his maximum.

Second thing why this movie is special is because narrator of the movie is Francis, girl who met Reggie when she was 16, married him when she was 22 in 1965. and committed suicide in 1967., when she was 24 years old. She narrates the movie from beyond the grave.

Everything in this movie is realistic. Cars, buildings, clothes, music... Everything. I mean, when you are watching it, you feel like you are really in London during the 1960s. 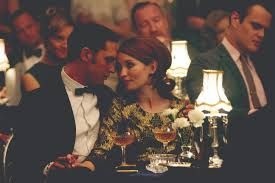 There are many great quotations from this movie

London in the 1960s. Everyone had a story about the Krays. You could walk into any pub to hear a lie or two about them. But I was there and I am not careless with the truth. They were brothers, but bound by more than blood. They were twins as well, counterparts. Gangster princes of the city they mean to conquer. Ron Kray was a one-man London mob. Bloodthirsty, illogical and as well. My Reggie was different. Once in a lifetime do you find a street-fighting man like Reg. Believe me when I say it took a lot of love for me to hate him the way I do.

Best part of this long one is definitely the last sentence that says "Believe me when I say it took a lot of love for me to hate him the way I do." That explains relationship between Francis and Reginald.

There is one more great Francis's quotation.

God doesn't ask if we accept this life. There is no choice. Life is forced upon you. The only choice is how we live it. Or not. That is a choice as well.

Francis killed herself after that. She had a choice, she choose not to live.
And their definition of the world is also great. They were right when they said this:

Reggie once said 'The center of the world could be anywhere you like'. Even here in East End of London. The world is quite like London. It is not good, it is not bad, it just is. There is not morality of dishonour, just your own lonely code. Until your race is run. Until the end. Until we are all just ghosts of the people we once thought we were.

Blood is thicker than water. 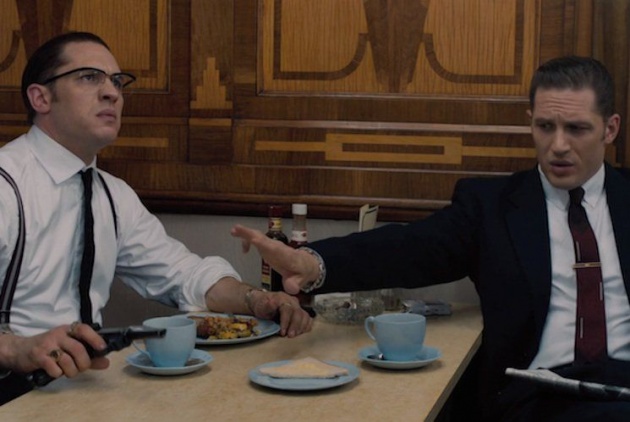 My loyalty to my brother is how I measure myself. 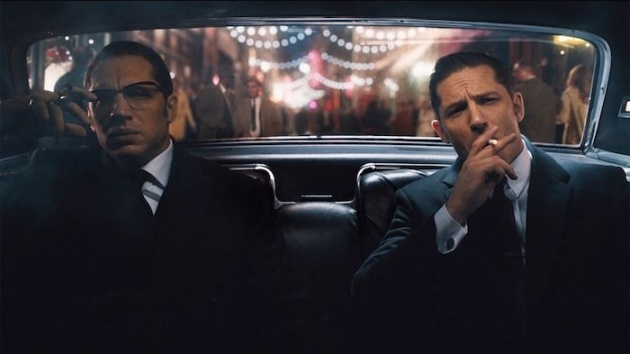 There are much more great quotations form this movie. I mostly love these five.

My personal opinion about this movie

Point of the movie

I think this movie has a very strong message, it is teaching people that gangster will always be gangster. he will not change, no matter what happens. Like grass is green, like sky is blue. That is just something you can not change. And you will not be okay with that, unless you are a gangster too.
If you have a teenager daughter, she should see this movie.
Nobody wants to end up like poor Francis. We all want to live, but gangster can lead you only to the death. 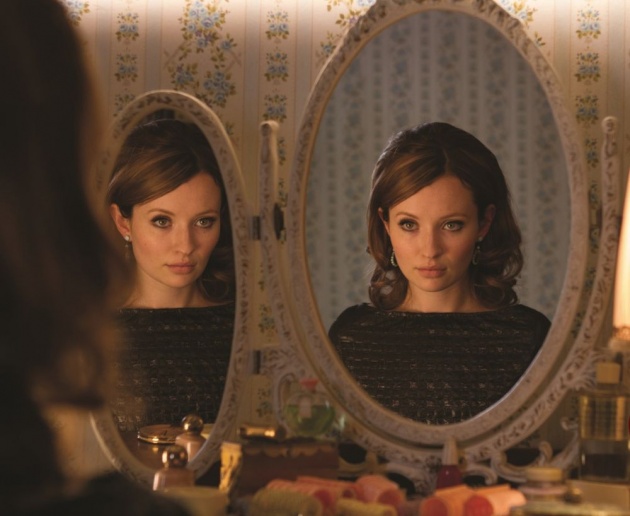 This movie was not as spectacular as we were expecting

This movie gave us a lot, but we wanted and we expected much more. Story is very interesting, but things that are shown are definitely not most important things from lives of these two men.
Movie is based on some big business opportunities, love between brothers and Reggie's love with Francis, instead of being based only on things they were doing. In the movie we have not seen the rise of those criminals. At the beginning of the story inspector is already investigating about them, that means, they are already dangerous criminals.
During the movie we see their characters, but we do not see how they become what they are. Okay, Ron is crazy, but why he is crazy? We know that Reggie is a fighter, but we never saw him fighting in some ring or something like that.

I think I should finish this review with casts and rewards.

And many other great actors.

I can not say a lot of bad things about this movie. If you decide to see it you will not regret it. It could be much better and it could show us more interesting things that Kray twins were doing, but anyway movie is very interesting.
Tom is handsome, Emilie is very cute, so if you do not have any other reason, you should see this movie because of that.

I hope that you will find this reviews interesting and helpful and if you like it, please let me know that in comments below.