My January TBR: Six Books that I Plan to Read in January 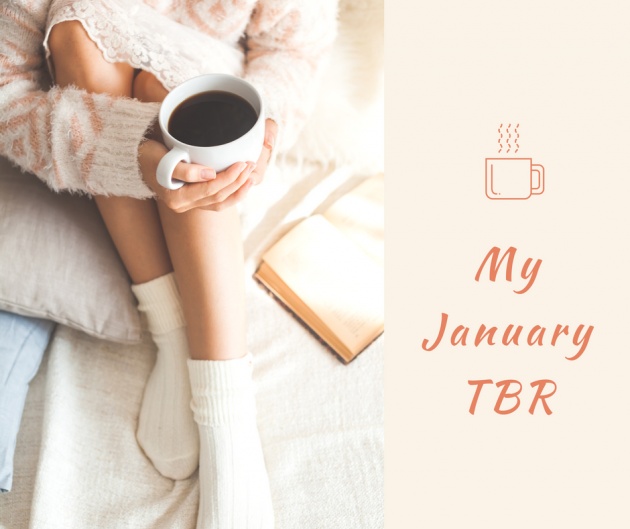 In my previous blog (My 2018 Reading Goals), I mentioned that one of my reading goals this year is to finish 50 books. To be able to achieve it, I plan to finish at least one book per week. Therefore, I prepared a list of books that I would be read - or better known as TBR (to-be-read) in the book community. And in this month, I have prepared six books for My January TBR.

What price is too high to pay, even for love? When Jace and Clary meet again, Clary is horrified to discover that the demon Lilith’s magic has bound her beloved Jace together with her evil brother - Sebastian, and that Jace has become a servant of evil. The Clave is out to destroy Sebastian, but there is no way to harm one boy without destroying the other. As Alec, Magnus, Simon, and Isabelle wheedle and bargain with Seelies, demons, and the merciless Iron Sisters to try to save Jace, Clary plays a dangerous game of her own. The price of losing is not just her own life, but Jace’s soul. She’s willing to do anything for Jace, but can she still trust him? Or is he truly lost?

As the fifth book in The Mortal Instruments Series, City of Lost Souls by Cassandra Clare is my top priority book to finish this month. I have started reading this book couple days ago and right now I am already on page 156. Not only to achieve one of My 2018 Reading Goals — which is to complete book series that I have started in 2017, the other reason why I am including City of Lost Souls in My January TBR due to the released of the latest book in The Shadowhunter Chronicles titled Queen of Air and Darkness.  Queen of Air and Darkness is the last book in The Dark Artifices — the fourth series in The Shadowhunter Chronicles, and it is scheduled to release in December 2018. 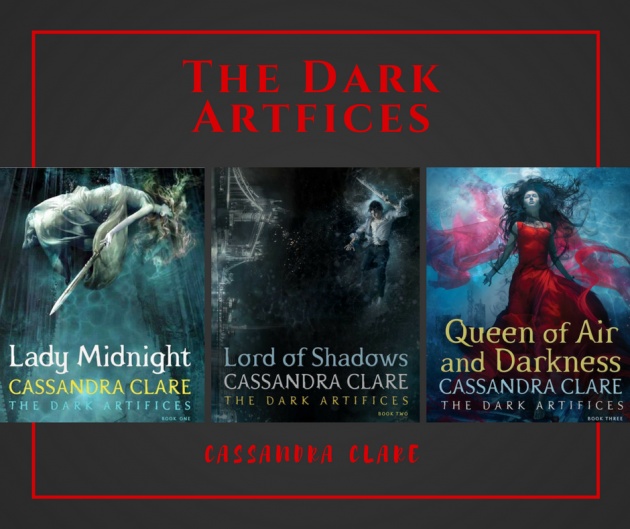 As I mentioned before, the other of My 2018 Reading Goals is to be up-to-date with the new releases. Therefore, I want to be able to read Queen of Air and Darkness as close as possible to the release date.  Given all the books in The Shadowhunter Chronicles are intertwined with each other, then I have to finish all six books in The Mortal Instruments Series first before I can explore the story in The Dark Artifices. So, by finishing City of Lost Souls will help me achieve two of my reading goals this year.

The next book that I plan to read in the month of January is Red Queen by Victoria Aveyard. The winner of 2015 Goodreads Choice Award for Debut Goodreads Author is the first book in the the series. It follows the story of Mare Barrow, a girl who lives in a world where people are divided into two groups based on their blood - called Red Blood and Silver Blood. Like the book with dystopia as its genre, the world in this story is entirely not the favorable one due to the distinction toward people in the community. By applying the caste system, it makes people see the Red Blood is a lower degree than the Silver Blood and the Silver Blood is an elite group that acts like a god who controls the Red Blood.

I have started reading this book since last year but I can not bring myself to finish it. The first time because I was suddenly not interested to continue reading this book and the second time I failed to finish this book because I was tempted by another book. Similar to City of Lost Souls, the main reason I am eager to finish this book because of the upcoming release of the last book in the series, War Strom. This fourth and final book of this series will be released in May 2018.

3. Of Fire and Stars by Audrey Coulthurst 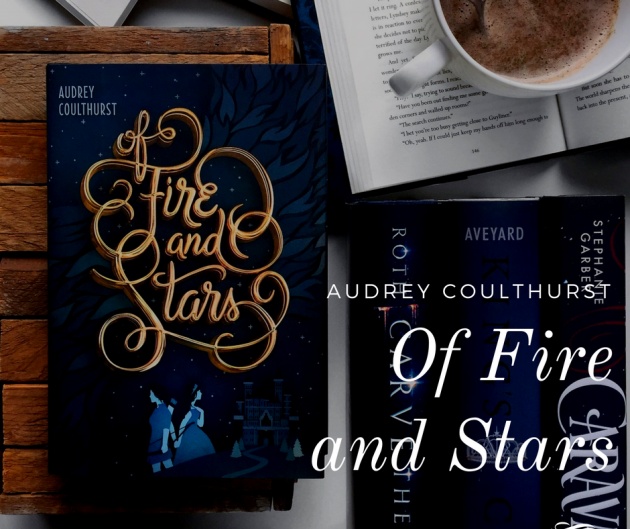 The third book in My January TBR is not part of a series as the two books above. Instead, Of Fire and Stars by Audrey Caulthurst is a stand-alone book, although this book also carries a similar genre with the previous books, which is fantasy - more precisely a high fantasy. Usually, books with fantasy as its genre are often present as a series with two until seven books in it. Moreover, this uncommon thing is the main reason that makes me attracted to Of Fire and Stars in the first place. 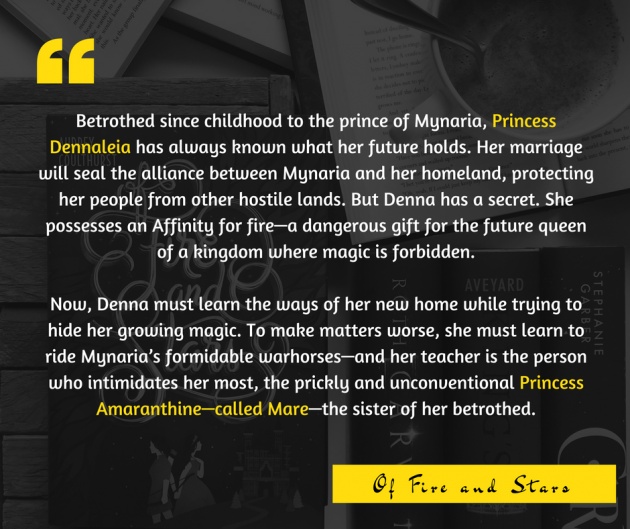 Although it is a stand-alone book and written by a brand new author, this book has received a noticeable hype when it was released in November 2016. One of the main factors is due to the LGBT representation in the story, where the main protagonists in this book are both females who end up developing a romantic relationship with each other. In addition, this Audrey Coulthurst's debut novel is successfully gain average rating 3.69 with almost 6,000 people review it in goodreads.com.

4. Your Big Break by Johanna Edwards

It’s completely out of the plan to include this book as part of My January TBR. In the beginning of this month, I was cleaning up and re-arranging my bookshelf to cataloging my books on goodreads.com. When I want to add this book to my list, I am not sure whether I am already read it or not. Then I was trying to read the first couple pages and end up getting hooked. 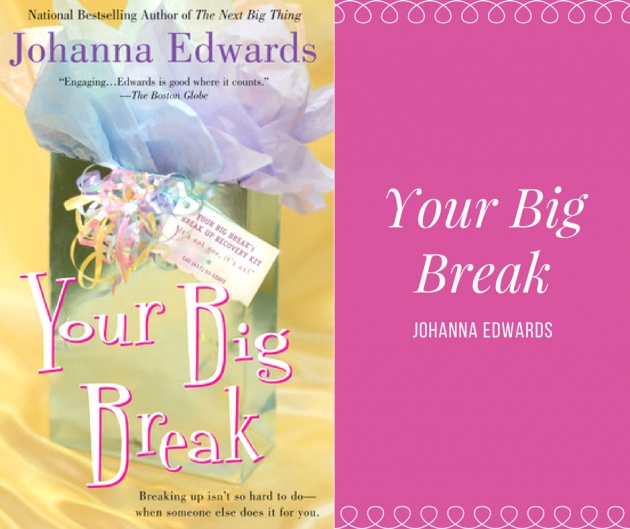 The story is refreshing. Your Big Break by Johanna Edwards follows Dani’s life - who is one of communication specialist at Your Big Break, Inc. This company main service is to help their client to have a clean break up with their partner. Your Big Break, Inc handles all kind of relationship as long as it’s not to break up a marriage and engagement. In short, Dani's duties is to do the dirty part of breaking up so the client doesn’t need to involved with it. She is enjoying her work until one day her world turn to upside down when her father’s mistress step into her office room and ask her help to break up with her own dad.

Your Big Break is a chick lit and it perfects to be added to My January TBR. The majority of the books in this TBR is fantasy, and by having contemporary will help to balance it. Sometime, after read several fantasy books in a row or when reading a fantasy novel with an intense story line, we could end up feeling overwhelmed. Then, by reading contemporary could help to refresh yourself and make you are ready to absorb the new fantasy story.

Another book that I pick up in order to catch up with the new release book is Three Dark Crowns by Kendare Blake. This book is the first book in the series, follow the story of a triplet who each of them has their own unique magical ability. They need to fight - till death, to be the winner and will be crowned as the queen of their kingdom. This high fantasy book is the first book in the series and the second book titled One Dark Throne was released in September 2017.

Although it is a high fantasy like Of Fire and Stars, this book more eerie and darker. Aside from that, the feminism also highlighted in this book since all of the main characters is a woman and it follows the story when woman rules its world. 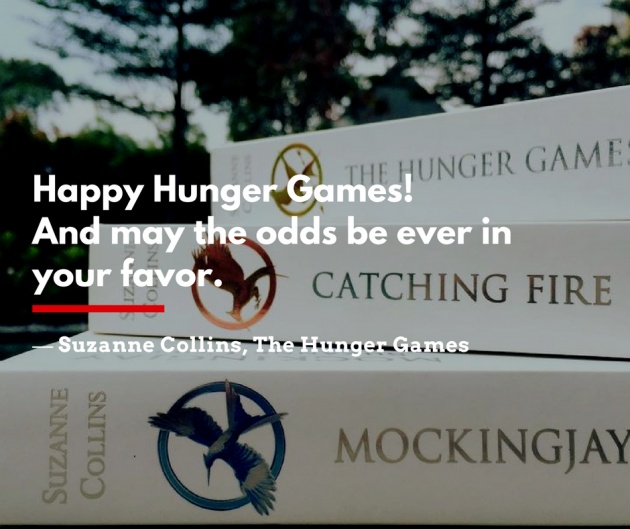 And the last book in My January TBR is Mockingjay by Suzane Collins. This final book in The Hunger Games Trilogy almost makes its way to be the book that I read in 2017.  Since I already read halfway through it by the end of 2017. However, it was a failed and I plan to finish it this month. The other reason I added Mockingjay into My January TBR because by finishing this book, it will help me to achieve the other of My 2018 Reading Goals which is to complete book series. 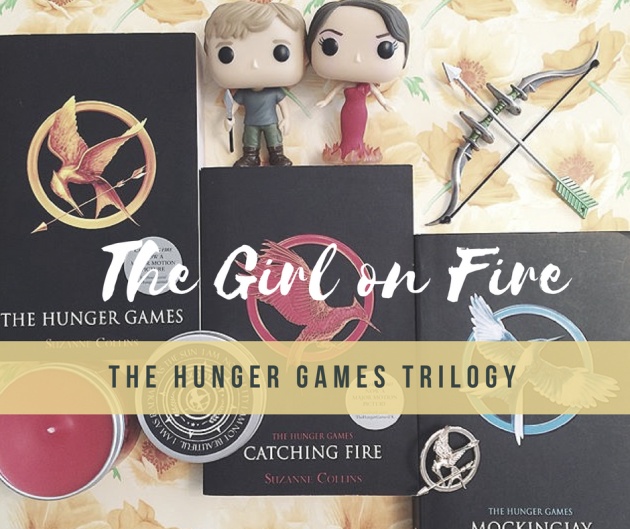 I am quite happy with the books that I plan to read this month due to its diversity. Although half of them are fantasy, I also have one contemporary (Your Big Break) and two dystopia books (Red Queen & Mockingjay) to balance the rest of three books. Moreover, the fantasy books that I pick up also divided by urban fantasy (City of Lost Souls) and high fantasy (Of Fire and Stars and Three Dark Crowns). In terms of the age range, I pick up one adult book (Your Big Break) while the rest of five is the young adult book. In addition, I also have two stand-alone while the rest are part of series. Then two of the books series is the first book in the series while the other one is the sequel.

Hopefully, I am able to finish all of the books that I set as My January TBR, so I can maintain to keep on track with my 2018 Goodreads Reading Challenge. I will update with the result with Reading Wrap-Up and Mini Review in my next blog.

Image Credit: Screenshot by JustAGirl ◙ The Fallen District 13◙ All four of them headed to the D…

Image Courtesy www.google.com(Edited by me) Hey guys!!! This is Alamgir again with another blog a…

President Snow's Quote on What Makes a Man Fall.

President Snow's Quote on What Makes a Man Fall. "It's the things we love the most that destroys us.…

Get to Know the New Characters of Mockingjay