My Reference to Get a Great Audiobook

If you have read my previous blog titled 4 Things You Can Do While Listening to an Audiobook, you might notice that I am fond of the audiobook. Obviously, I'm thirsty to hunt for a great audiobook to listen as my next "to-be-read". Although I am a huge fan of this format, I do realize that I am not always preferred this format for the entire books that I've ever read. Moreover, I am aware that not all of the books are suitable to be produced as an excellent audiobook. Just like not everyone is born with high artistic talent and destined to be next Picasso. After listening to several audiobooks, I found that there are some nice references to consider when you want to get a great audiobook.

Not all genres have the potential to turn out to be a flawless audiobook. However, there are several genres that seem are destined to be produced as an audiobook.

Based on the books I have read so far, over 90% of books with this genre turns out to be a great audiobook. With the futuristic concept mixed with some cutting-edge technology, obviously, this genre allows an additional value in an audiobook such as sound effects that can create an unusual impression. Conversely, for the other genres such as contemporary, this thing will be some kind of challenge to accomplished. Simply put, I can say that Sci-fi is a "playground" for an audiobook.

Several titles that I recommend are Sleeping Giants and Waking Gods, both are the first two books from The Themis File Series by Sylvain Neuvel. Another good one is Starbound Trilogy by Meagan Spooner and Amie Kaufman. This trilogy including These Broken Stars, This Shattered World, and Their Fractured Light.

Dystopia is a form of literature that explores social and political structures. It is a creation of a nightmare world - unlike its opposite, Utopia, which is an ideal world. Dystopia is often characterized by an authoritarian or totalitarian form of government. It often features different kinds of repressive social control systems, a lack or total absence of individual freedoms and expressions, and a state of constant warfare or violence.

Dystopia is my another choice of genre for the audiobook. Since the main focus of Dystopia is the concept of survival. Action pack and fast-paced story are two common things you will find in this genre. With the combination of those two, it's like a "free ticket" to be a flawless audiobook. Just check all of the books in The Hunger Games Trilogy by Suzanne Collins or The Divergent Trilogy by Veronica Roth. You will understand what I mean.

Just like the author who makes us fascinated with their story because of their writing style, while for the audiobook the voice actor plays this big role. A good voice actor will not just "read the book", instead they are "reading it to us". It's like listening to a great story-teller when we were young. You do remember how a bed-time story make children excited, right? That's exactly what the voice actor doing! We can feel when the characters are terrified, excited, furious, or anxious through the actor's voices.

One of my favorite voice actors is Rebecca Soler. She is known for her work as the narrator of The Lunar Chronicles Series by Marissa Meyer, including Cinder, Scarlet, Cress, and Winter. After her notable work with the series, she also trusted to be the voice actor for Marrisa Meyer's newest book, Heartless. 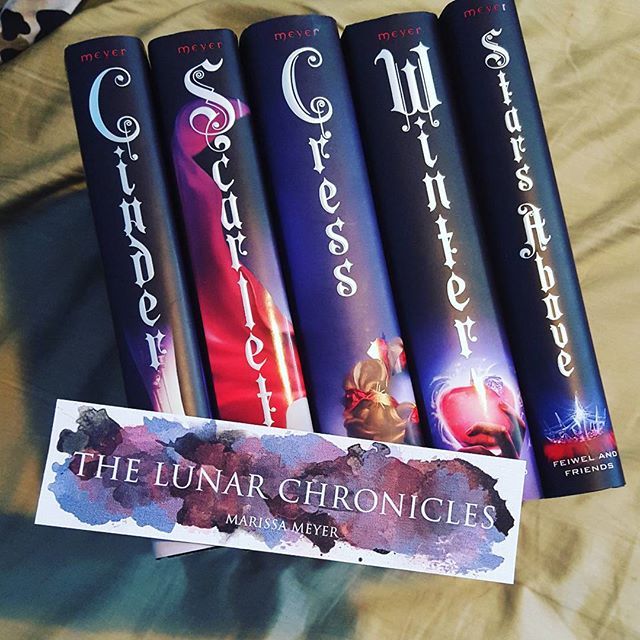 My suggestion if you want to pick up the first audiobook from the voice actor who you are not yet familiar with is trying to listen to the sample before you purchased it. You can check first if the actor's voice, reading style, or accent are suitable for your taste.

Heartless | In Studio with Rebecca Soler

Typically, a book will be narrated by one voice actor. However, the majority of the book have minimum two of characters. Obviously, it will depend on the voice actor's skill to help us differentiate who is whom. But lately, some of the audiobook's producers really step up their game. Instead of one voice actor, they bring us the full cast of voice actors. Not just that, the sound effect for its also will blow your mind. It's like when you watching the movie - just minus the images. With the full cast production usually, each character will be narrated by the different voice actor. So, it's not just easier to differentiate when they are talking, but due to the different voices, you can completely visualize the personality of each character.

So far, none of the audiobooks that I was listed are able to beat Illuminae and Gemina from The Illuminae Files Series by Amie Kaufman and Jay Kristoff. The audiobook for this series completely blew my mind. Start from the cast until the sound effect, it was indeed a top-class production. Highly recommended!