For the third consecutive year, the Magic Fountain of Montjuïc was the meeting point for thousands of people who have been laid off in 2015 and celebrated together the beginning of the new year. The four columns Cadafalch Puig have become a big clock that has welcomed 2016 in Barcelona.

The festive atmosphere of the show created by Comedians has reached the 12 symbolic chimes accompanied by fireworks and water show. The party begun half an hour before midnight, although from 9 PM. music has been featured to entertain waiting for all those who have decided to leave home and celebrate the New Year on the Avenue of the Reina Maria Cristina. 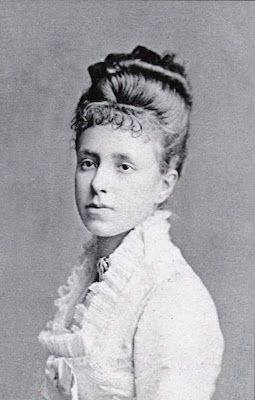 The Home of Mil·lenni Fura dels Baus and the last two years have passed into history and this time were the Comedians those who held the reins of the party at the Magic Fountain of Montjuic. Thousands of workers, among which there were many tourists, enjoyed the show organized jointly by the City and Barcelona Tourism.

The arrival of 2016 has meant that illuminate Montjuïc with fireworks and lights in water. In total we have used a ton of gunpowder, a similar figure to that gripped the La Mercè.

The celebration this year has been divided into four parts: Barcelona sets the pace, with drums and percussion Santi Arisa and percussionists of Perkutes Canet; Barcelona time, with fire and demons as symbols of renewal; Barcelona is inclusive, time has emphasized the interpretation of the soprano Begoña Alberdi and New Year Heart of Barcelona theme with heart, composed of Manel Camp; and finally, Barcelona goes ahead, it has begun a few minutes before noon and has lengthened until the last game of pyrotechnics.

The Council already provided for a large number of people, why had installed a giant screen in the Plaza of Spain, from which has also been able to follow the show via the signal performed.

Here are some picture for Parc del Montjuic :- 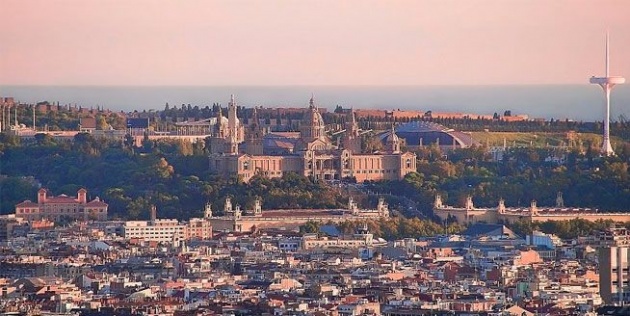 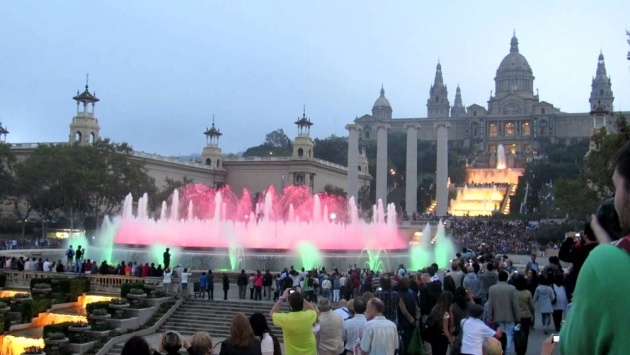 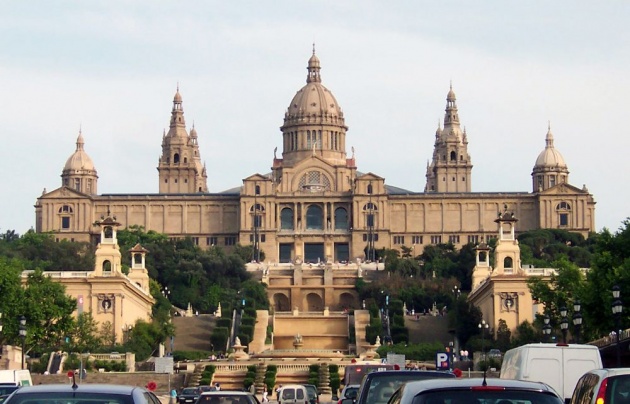 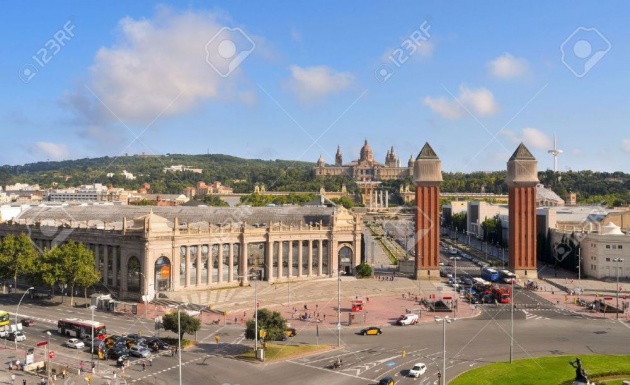 The New Year's Eve show in Barcelona will offer a fireworks display that will have the same amount of powder, a ton, that of La Mercè, with the difference that will last six minutes, compared to the average hour-long show of the Festival from the city. The celebration, which will cost 517,000 euros, will begin at 23:30 hours; four columns marked Puig rooms and large displays indicate the chimes.

He has explained the general manager of Projects and Events Focus Group, Joan Còdol, on Monday at a press conference, where he highlighted that be a music and lighting and seek interaction with viewers. Còdol explained that in total there will be 220 people working "in the service of the show", of which 100 will act, some 80 technical and part 40 over production services team.

I will show you some pictures of fireworks in barcelona at new year's eve show :- 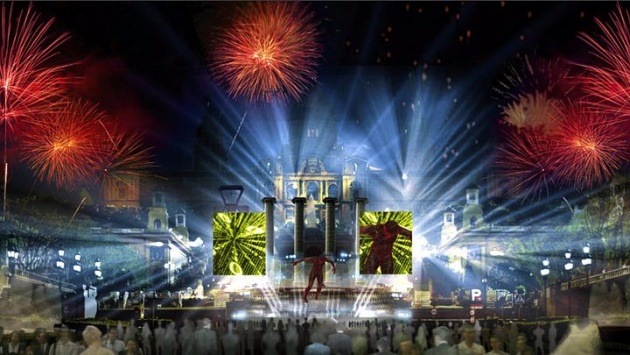 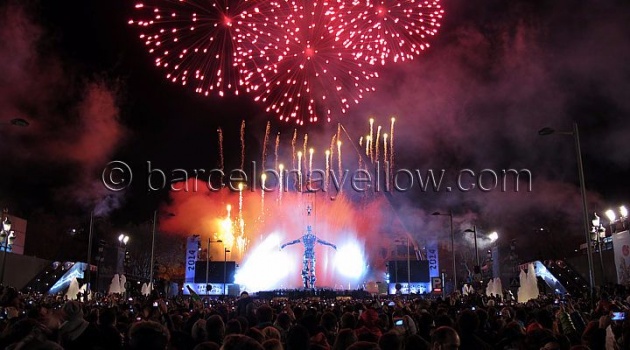 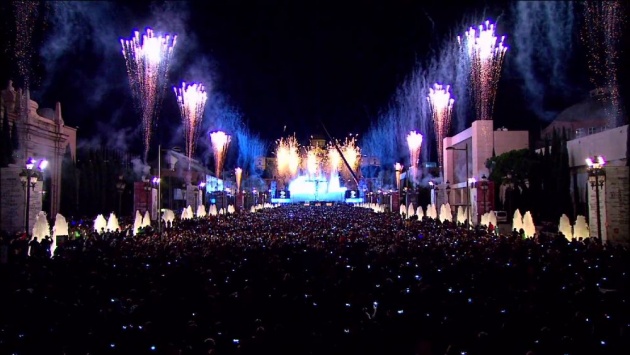 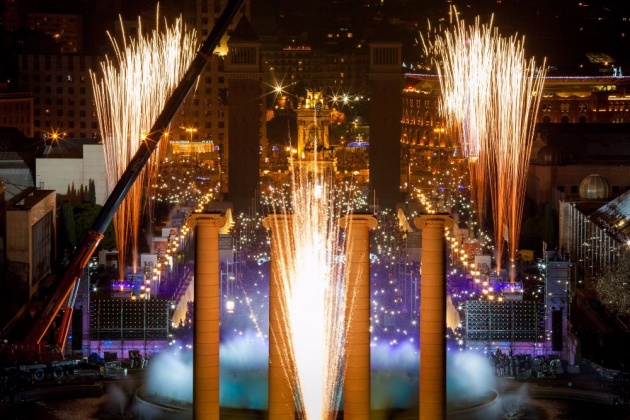 A video for fireworks at the show. (video source: youtube.com) :-

New Year's Eve show-promoted by the Barcelona City Council and the Tourism and replacing starring the Mil·lenni Esser, who fired last year and above will feature live music, the virtual image of a fireplace Pedrera as Clock Gear, an interpretation of the soprano Begoña Alberdi and a children's choir of the song composed for the occasion by Manel Prat Barcelona amb cor, based on fragments of Cervantes' Don Quixote when the protagonist comes to the Catalan capital.

The staging, by Bernadet, Rita Kuan as assistant director and musical director Santi Arisa, will feature actress Fiona Rycroff as host and with the participation of the Pegasus group, training Perkutes Canet and Dimonis of Capellades, among others.

Transports Metropolitans de Barcelona (TMB) have a special deployment of staff to facilitate the arrival and departure of persons attending the Maria Cristina avenue, in addition to Espanya metro station, is recommended for Poblesec and nearby Tarragona. The only entrance is by the Venetian towers of Plaza Espanya, as Rius i Taulet Street will be closed to pedestrians -a after 20 hours, and the hours-traffic-from 20:30, while the output can be also do for the Rius i Taulet Ferrer i Guàrdia streets and just after the end of the show, ten minutes after midnight.

some images for public transport and and crowded stations. 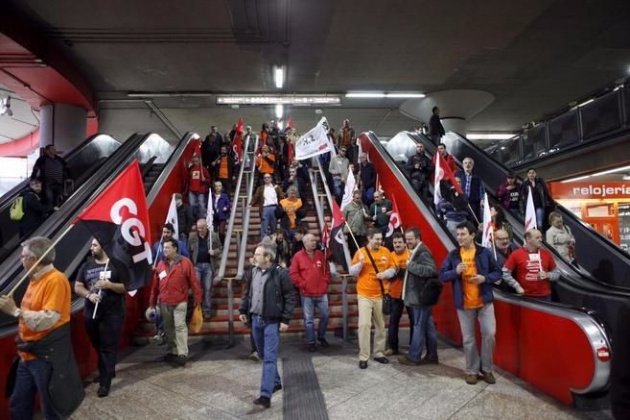 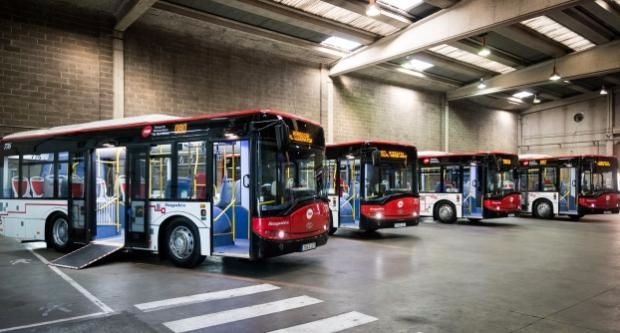 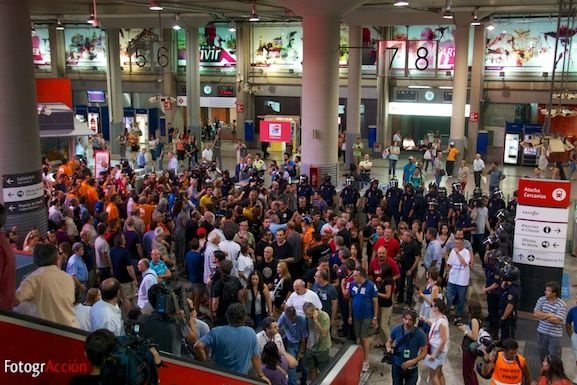 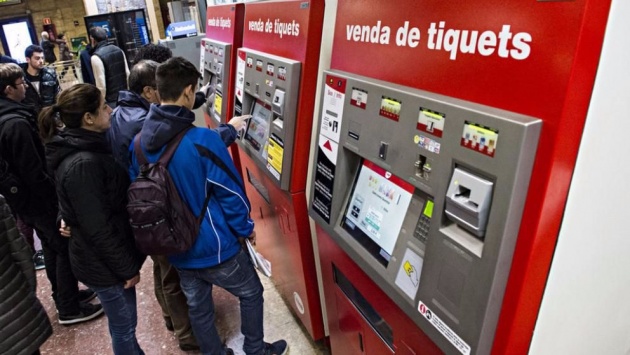 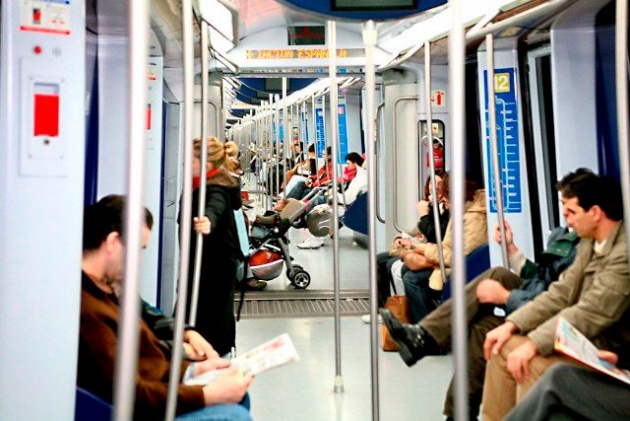 Director of Tourism and Events of the City of Barcelona, Joan Torrella, explained that there are special safety devices and cleaning. Viewers will be prohibited from entering the enclosure glass containers, which will control 50 civic agents; There will also be a device of preventive security coordinated between the Catalan police and local police, although Torrella has not detailed how many officers will be operating. 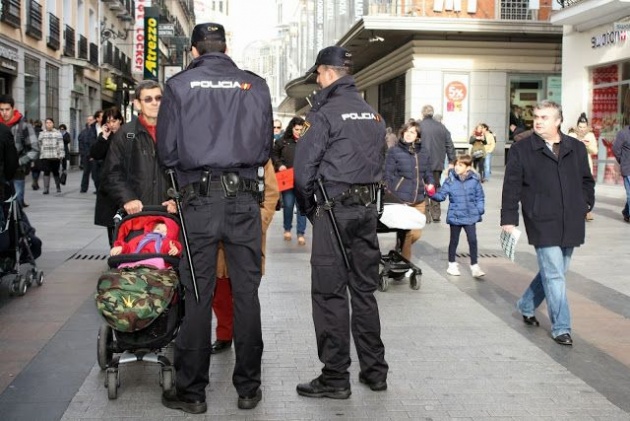 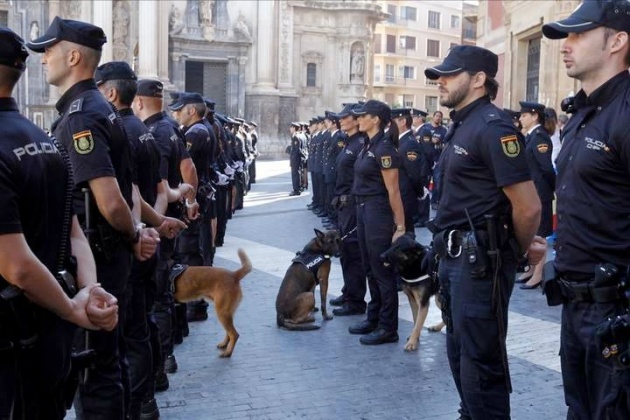 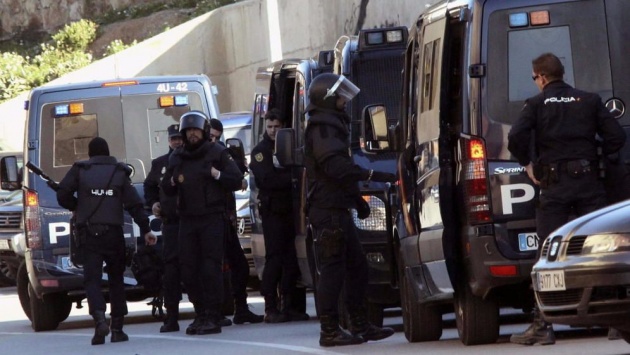 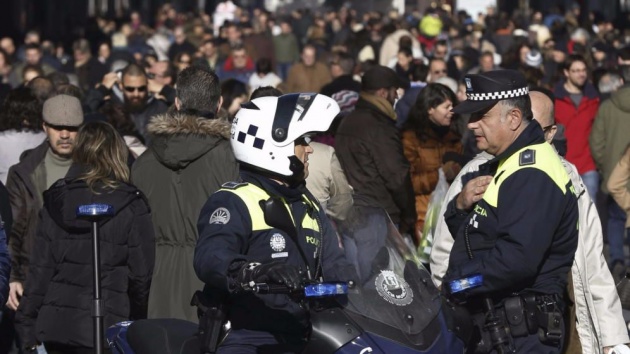 As for the cleanup, an additional device is enabled with 46 operators and nine machines, and it is expected that the area is clean three hours after the end of the show. 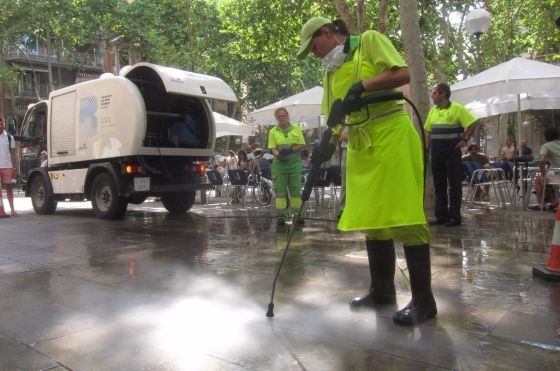 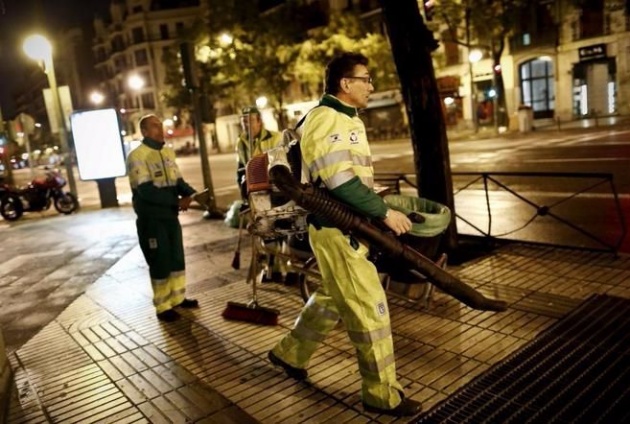 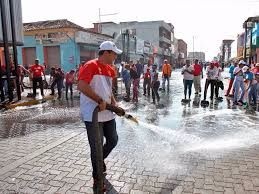 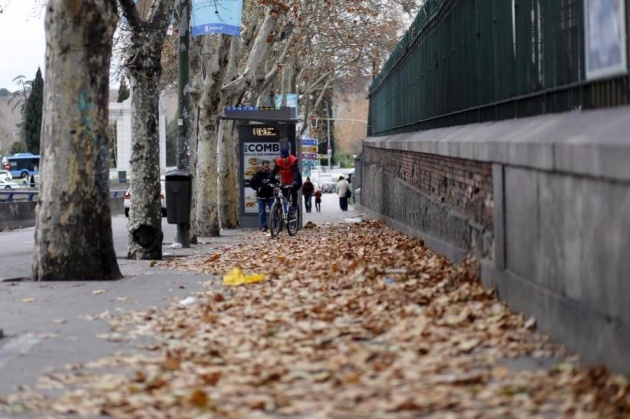 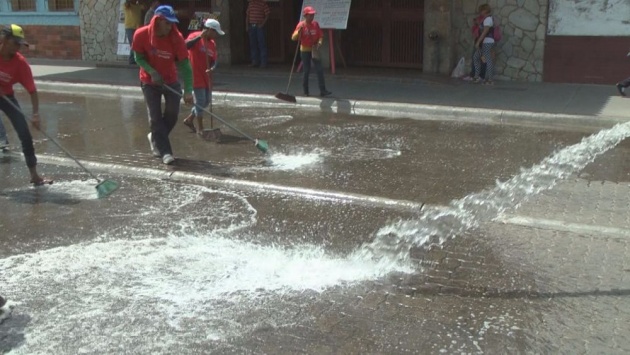 I hope you guys like my blog post. You can read my other blog posts Here. Thanks for reading, take care and goodbye.