Tale of the Tape

The displays on both of these tablets are excellent. Both are extremely high resolution. Yes, the Nexus 9 has 17 more pixels per inch, but that is not a difference you can see, no matter how close you get your eyeballs (and not to brag, by my eyes are still better than 20/20). It’s impossible to discern individual pixels on either of them, so A+ for both there.

Both displays are plenty bright, too. Even in direct sunlight I was able to read both screens clearly. To my eyes, I think the Nexus 9 puts out just a bit more light, but the iPad Air 2 has slightly less reflective glass, hence less glare. Colors look very nice on both, though the iPad tends to skew slightly more blue. The iPad’s larger size makes a difference when you’re watching a movie, but then you lose some portability for it. This round is pretty much a toss-up.

For sleekness, the iPad is the hands-down winner. It’s thinner, it looks more high-end, and the aluminum back makes it feel stronger. But looks aren’t everything.

The Nexus 9 may not be as much of a looker as the Air 2, but guess what? It’s much more comfortable to hold. It’s not even a full half-ounce lighter than the iPad, but it feels like it weighs two or three ounces less. It’s extremely well-balanced. Not only that, the brushed plastic back is much, much grippier than the slick aluminum on the iPad, and I felt that it was far less likely that I’d accidentally drop the Nexus.

Also, because of its size, the Nexus 9 is just a bit more portable. It’s not as jacket-pocket friendly as the Nexus 7 was, but it’s definitely more likely to squeeze in than the Air 2. The iPad does have the Touch ID fingerprint scanner, which is a nice feature, but aside from adding some convenience and security, it’s hard to argue that it’s an absolutely mandatory feature on a tablet. Touch ID makes still perfect sense on a smartphone, which is the device more likely to leave the house, and the one more frequently sent through the sleep/wake cycle. The iPad is for kicking back on the couch. In that regard, Touch ID is outweighed by the front-facing speakers on the Nexus 9. We’re still looking at a split-decision here.

This is a pretty easy one. Both devices pump out a fair amount of noise, and both sound really pretty good. In terms of pure volume, the iPad Air 2 churns out more, and it even sounds reasonably clear, but that’s not the full story.

The Nexus 9 has dual, front-facing speakers. When you hold it in landscape mode, it comes in stereo, and the sound is very clean and clear. It’s also blasting right at you. Playing Dead Trigger 2 at full volume, I could really feel my cortisol levels spike like never before. In contrast, the iPad Air’s speakers are both on the bottom of the device if you’re holding it in portrait mode, which sends the sound downwards. Hold it in landscape, and it’s all coming out the right side. Even more problematic: your right hand is very, very likely going to block that speaker. This is especially true while you’re gaming.

Both tablets have 8-megapixel rear-facing cameras. But this doesn’t matter because there is almost no excuse to use the camera on your tablet over the camera on your phone. Seriously, do you know how dumb you look? Do you realize how much that big thing blocks your view and the view of others around you? Do you understand how much more likely to drop it you are? If I had to pick one, I would bet the iPad’s camera has the edge with its newly redesigned sensor. But still. Have some self-respect.

Lollipop (Android 5.0) is the best version of Android, period. It has taken a great leap forward in intuitiveness. Things flow together nicely, animations add clarity and don’t feel superfluous, and the stuff you want to access is, well, more accessible. It’s great. The lockscreen has been totally redone and is far more useful. It’s easy to get a peek at your incoming notifications and messages and to deal with them without even having to navigate into the app. The notification panel follows suit, and give it a second swipe down, and you’ve got quick access to your most-used settings.

The Gmail and Calendar apps have both been overhauled and they look fantastic. Gmail now makes it very easy to flip between your various accounts and the folders within each. In landscape mode, it switches into a split-pane view which is just an extremely easy way to read through your queue of messages. Calendar now auto-fills in information as you’re typing, including people from your contacts and places from, well, anywhere. In the main input box type in “Dinner with Jim” and it says, “Jim Kane?” Yes. Continue typing “at The Walrus…” and it finishes, “The Walrus and The Carpenter?” Yes. And the address (and a map) go right into the entry. Very slick.

In comparison, iOS 8.1 is much like iOS 8 and iOS 7 before it. And that’s not a negative. If you’re coming from an iPad (or an iPhone) and the prospect of learning a new operating system scares you, then that logical continuity is a nice feature; you get what you expect. It’s extremely clean. It generally works very well. Its app ecosystem is still second to none and games (and other high profile apps) generally still arrive for iOS before they make it over to Android. It’s come a long way with the addition of the notification center and the systems settings. Siri is… well, she’s OK.

The truth of the matter is that it simply feels like Android 5.0 is more advanced than iOS 8.1. Banner features are more deeply integrated, like Google Now, which is more customizable.Plus, it just feels fresher and more futuristic. There are definitely some stability problems in this first release of Lollipop, but there were bugs in the first release of iOS 8, too.

The 16 GB version of the iPad Air 2 is $500. The 16 GB version of the Nexus 9 is $400. Our recommendation? Wait, if you can. Right now the 100 buck advantage the Nexus has doesn’t outweigh its current performance issues. I think Google is likely going to figure out what the problem is and get it patched sooner rather than later, in which case this reviewer would lean toward the Nexus 9. But if you absolutely had to buy a tablet today, then based on both devices’ current performance, the iPad Air 2 is the way to go. 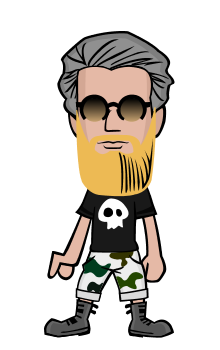