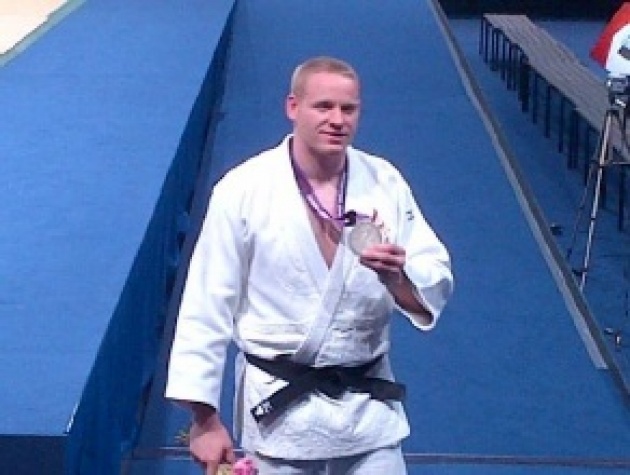 LONDON — American Myles Porter won silver in the men’s 100-kilogram Paralympic judo on Saturday in a victory he described as redemption after coming fifth at the Beijing Games.

Porter, 26, was aiming for gold but said any medal was an improvement after Beijing. “It’s not the color I wanted but silver is nothing to hang your head down about,” he said. Choi Gwang-geun of South Korea won gold.
Brazilian Antonio Tenorio was the heavy favorite to win the division, with four Paralympic golds. Until getting knocked out in a cagey, second-round fight on Saturday, the 41-year-old had never lost at the Paralympics since first competing at the Atlanta games, racking up four gold medals. On Saturday, he settled for bronze.

Porter lost to Tenorio in Beijing and said he and his coach have spent the last four years training for London. “We’ve spent the last six months just focusing on the mental preparation,” Porter said.

Not that Porter wasn’t physically prepared. In his quarterfinal, he flipped his Japanese opponent onto his back for a match-ending ippon in just five seconds. Though he is legally blind, Porter also competes in normal judo competitions and has previously won silver in the United States national championship.

Paralympic judo is fought only by visually impaired or blind athletes. Unlike Olympic judo, fighters start the bout with a grip on each other’s uniforms, changing the pace and dynamic of the martial art. In addition to Tenorio, three other Paralympic judoka lost their titles in the past few days.

“In Olympic judo, it’s very rare to have two hands on your opponent,” said U.S. Olympic coach Jimmy Pedro. “But in Paralympic judo, that’s where they start.”

That means Paralympic competitors are often in a better position to throw — drawing the sport closer to its Japanese roots as a weapon-less martial art developed by samurai. In contrast, Olympic judo is often split between fighters aiming to throw and those who focus on groundwork with choking or grappling techniques. The result is often an intense battle for a superior grip, with intense grabs and blocks that sometimes resemble boxing.

In 2010, Porter tried to join the army after his brother enlisted, but was rejected because of his blindness. Instead, Porter focused on the London Paralympics. He now spends much of his time talking to wounded U.S. veterans, encouraging them to not be limited by their physical disabilities. Porter also gives regular judo demonstrations, including a 2009 session for President Barack Obama and first lady Michelle at the White House.

Porter described Obama’s enthusiasm for judo as “awesome” and said the president had taken off his blazer in preparation for getting onto the judo mat. “Then there were about 200 cameras turned on him,” Porter said, explaining Obama had a late change of heart.

Porter’s teammate, Dartanyon Crockett, took bronze in the men’s 90-kilogram division, winning his last fight in less than one minute with an ippon throw.

Elsewhere in the Paralympics, British swimmer Ellie Simmonds defended her title and set a new world record in the women’s 400 freestyle S6 division. American Victoria Arlen led for much of the race, until Simmonds surged in the last 50 meters, leaving Arlen with silver.

Arlen had originally been reclassified into a different category but after she appealed the decision, officials ruled this week Arlen could compete in the division until her review by the Paralympic classification panel next August. Arlen, 17, is a former champion swimmer paralyzed in 2006 by a virus affecting her spinal cord. She was in a vegetative state for two years before recovering. Earlier this year, Arlen broke two of Simmonds’ world records and is now top-ranked.

In athletics, South African sprinter Oscar Pistorius will defend his Beijing title in the T44 200m final on Sunday after qualifying on Saturday in the third heat. Running on carbon-fiber blades, Pistorius became the first double amputee to compete at the Olympics last month. He won three golds at the Beijing Paralympics.

Results of the 2012 Hudson Cup 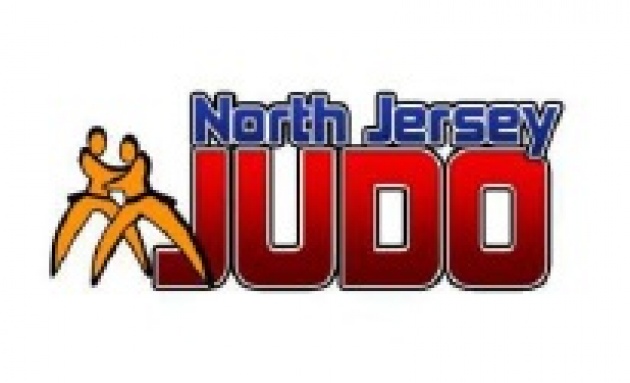 Rules:
Please be on time.
Wear a clean practice uniform with no excessive wear or tear.
Bow to Sensei before stepping on the mat.
Respect the dojo and its rules.
The NYAC is a Private Club. If you are not a member, you are a guest.

Guests of the NYAC Judo Club:
For Gate Pass Rules, to be placed on the Gate Pass, or for NYAC rules, contact Owen Tunney. You can reach Owen at: otunney@me.com