Pakistan and the Brick Kiln Industry. ©

Warning: No part of this article should be republished. Copyright.

I don't get that much time to travel to other parts. But when I do get the time I love to take pictures. Traveling gives you a lot of education and knowledge that you can't get sitting in isolation or even in the school or any educational institutions. Exploring the world is very important. My latest visit was to Hyderabad, a city divided into both rural and urban area. As a student of Business, Economics and Sociology (Social Sciences), this tour helped me a lot in collecting some useful information. I went visited the rural area mostly villages with self grown crops near the houses, using cow's dung cakes as the source if fuel but one of the most popular and well known business in Sindh in which Hyderabad City comes is of the Brick Kiln Industry.

Brick kiln industry is one of the major industry in Pakistan mainly in the interior Sindh. I visited Hyderabad few weeks ago and visited a Brick kiln where bricks are manufactured. Due to less resources, kilns with chimneys are still in use, where as the the bricks are made under a man-made furnace which works with coal, wood and transferred heat. So both manufacturing techniques are used for brick making or baking. Though wether they are made through machines or hand press, the bricks end up in ovens or furnace. Most are left to be desiccated in open heat.

But Brick Kiln Industry has face a lot of unnecessary criticism by those who didn't even visited those. I am not saying that all are good. Obviously it is an industry and lot of brick manufacturers work in that industry so it is possible that one's individual act spoils other's image. But foreign NGOs (Non-Governmental Organizations) are doing nothing instead of falsely highlighting the problems. But if we ask a solution then then they don't have that. They are creating a lot of problem reminding that our secondary sector plays a very vital role in Pakistan's economy. More people are in secondary sector then in tertiary sector.

The propaganda regarding the labor problems created by so called "Human Rights" NGOs are not only creating problems for employers but for labors as well. They are creating unemployment problems. The propaganda was that the labor are working as "slaves" in the industry and don't even get wages and the debt over them is transferred over their children who then take their father's duty and do the work. Absolutely wrong. Obviously because of government negligence, the state of the art technology hasn't came up till now and government didn't encouraged them. Labor do get a load of work in farming and fishing industry as well but the problem is only highlighted to destabilize the brick kiln industry.

Because of them the labor who solely runs his family and works for an income gets into problem just because of these NGOs. I myself watched that these labor gets normal wages, the work loads on employers is a lot. These brick manufacturing involves trading and bricks are supplied on credit and the employers have to run after the customers for payment and often gets in big problems but that NGO doesn't see. Sometimes the customer's credit increase to millions of rupees. So raising finger on one is not an immature step.

As far as child labor is concerned, those children are the only earners in the family. The elders do not work mostly. Many brick kilns employers don't use the children and use labor for machine and hand-made brick making. I didn't saw any kid working in that industry. Kids are immature and why would the employers risk their business by employing underage workers? The temperature reaches more than 100 degrees and it is not even suitable for a child to work their. The socio-economic problems has increased now.

Government don't give solution regarding unemployment and child labor but takes action. Why government is not fixing a quota or unemployment incentives which is fixed by many developed countries?
US and UK have an unemployment scheme in which homeless and unemployed people are given an amount which is enough for them for a month.

The Brick kiln industry plays a better role in the economy of each provinces but it needs a good investment and business can be successful if those businesses are running since many years. Government should protect this industry and should provide subsidies and other financial aid to them instead of discouraging and creating hinderance in their work.

Also NGOs should stop this usless propaganda and do something worthy. Our local NGOs are the true human rights NGOs such as Edhi, Ansar Burney Trust, Alamgir Trust. Where as the work of foreign human rights NGOs is to only pinpoint the useless things and show them like it is a very big problem. How can one say that these NGOs end up giving all "our" donation and don't cut out other "expenses" from "our" donations? Their human rights work is exposed to many people and that what actual human rights work they do. Their human rights didn't saved the innocent civilians of Pakistan, Iraq, Kashmir, Afghanistan, Syria, Somalia of other countries. 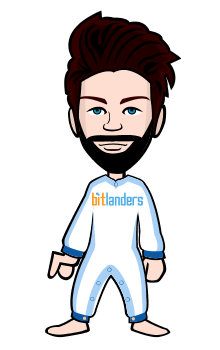