Filmmaker Lisa Stock chose Film Annex to premiere Persephone, her new 4-episode web series. Persephone will be exclusively shown on Film Annex in March, 2013. Stock, one of the most active filmmakers on our platform, recently shared the trailer for her series with her fans on her Web TV. Watch it below:

Stock plans to cover her production costs with the revenues generated on her Web TV as well as the funds raised via her online campaign on Indiegogo.

The web series follows Persephone as she ascends from the underworld to bring spring to the earth, only to realize that it is because of her that winter brings death to the world. Along the way she meets the mysterious Primavera across the river Styx, is riddled by an Enchantress - as Oedipus was the Sphynx. She confronts her greatest fears, shedding her skin as the Deer Queen - the Queen of the shades in the forest - for that of daughter and goddess of Spring. And then must find the courage and strength to bring upon death and winter, or refuse and change the course of humankind forever. Hades and Demeter both vie for the one they love, and fight to hold together the worlds they have created and rule. 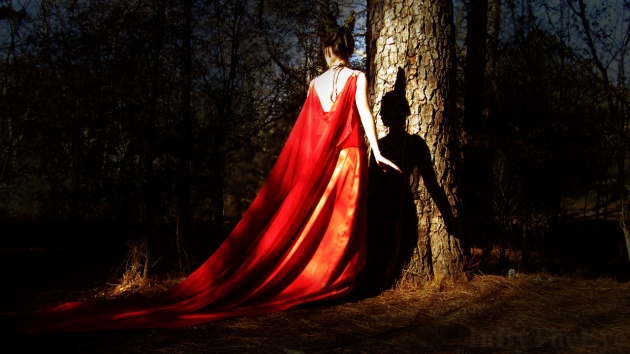 The series is written and directed by Lisa Stock, and features Carrie Anne Hunt as Persephone, Sketch MacQuinor as Hades, and Linda Donnell as Demeter. Stock wanted the episodes to be highly stylized to draw the audience in as if they were reading a storybook.

Follow her blogs to get updates about the release and see more videos and photos from the web series and her other work.