Putin Will Win Election, But Will He Evolve? 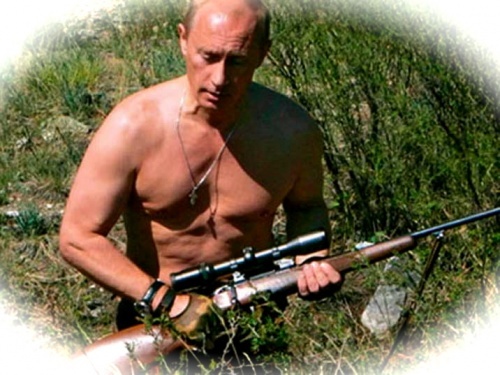 Vladimir Putin is his worst enemy. He is afraid to evolve. With him Russia is again stagnating and not rising to meet challenges. Putin projects that Alpha Predator image, but he is already the prey in a political sense. Whether by luck or good management, Russia has been able to thrive unexpectedly from the last decade of a resource boom. Reserves and production of petroleum to natural gas to industrial metals to grains have a windfall opportunity, but while some have advanced personal wealth unimaginably, the Russian economy largely fails to evolve. (Along with immensely wealthy oligarchs, New York or London rather than Moscow are frequently the new home of tech and social media entrepreneurs in businesses from website for making money to film online video). On the political terrain, the situation remains similarly stuck in a Darwinian timeout. As a nuclear power, Russia has reasserted its world power credentials and to degree restored imperial borders – see Caucuses. However, in last few years it has squandered potential influence in Arab World for example as it has flushed the future by aligning itself with downward spiraling regimes as Gaddafi’s Libya and Assad’s Syria. Perhaps it sees too much of itself in those despots while blinded to the opportunity of new democracy and opportunity even as US international status flounders. Where old despots remain more the rule, China has managed to maneuver itself to replace Russia. (See many areas of Africa, Asia and even Latin America). Moscow and Beijing may also be guilty as Washington of falling into the lazy habit of finding simpler and for the moment more expedient of dealing with dictators rather than the complexities and chaos of democracy and rapidly evolving free societies. Putin sees the world much in the way he inherited it from two dinosaurs quickly passing the scene, Communists and Yeltsin, struck by a political comet that brought the Soviet Union and Cold War, at least as we know it, to effective extinction. Having inherited the earth, so to speak, Putin has exploited but failed to build on Russia’s other natural resources, mainly its educated and industrious population. Perhaps most would have fallen into the trap of easy money flowing from the world’s largest territory. Putin has one last hunting trip to the election polls, but his machismo is now making him more a political target for a whole new generation of more nimble players. The street demonstrations are only a symptom, but the erosion is more evident in the taunting of the Alpha Hunter from street to social media. The recent failures to manage Arab transition (Syria now most notably) to failure to cement a credible BRIC alternative to Washington are also symptoms. The picture will become clear when the next global economic downturn comes – it is inevitable, and Russia’s natural resources are no longer able to carry the burden of a regressive status quo and mask the reality of a new order emerging. My best guess is that the reckoning is more than not likely to strike during Putin’s next two Presidential terms. For more current news event articles at our video blogging website see – www.diplomaticallyincorrect.org By Ambassador Muhamed Sacirbey – Follow @MuhamedSacirbey Facebook = Become a Fan at “Diplomatically Incorrect” Twitter – Follow us at DiplomaticallyX

We vote our castes.

Abdullah: Mustafa have you seen today's paper? Mustafa: Yes! it is on the table.Abdullah: (While rea…