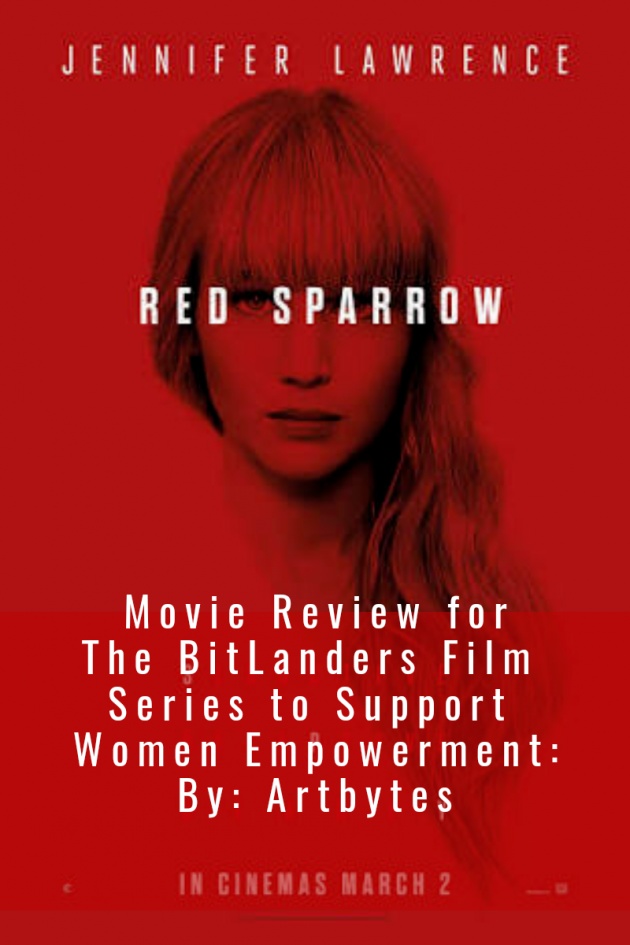 This month, Micky the Slanted Salerno posted another list of movies for the " Blog for "The bitLanders Film Series" to Support Women Empowerment - Oct 01 to Oct14, 2018"

For the month of October, the list includes the following: 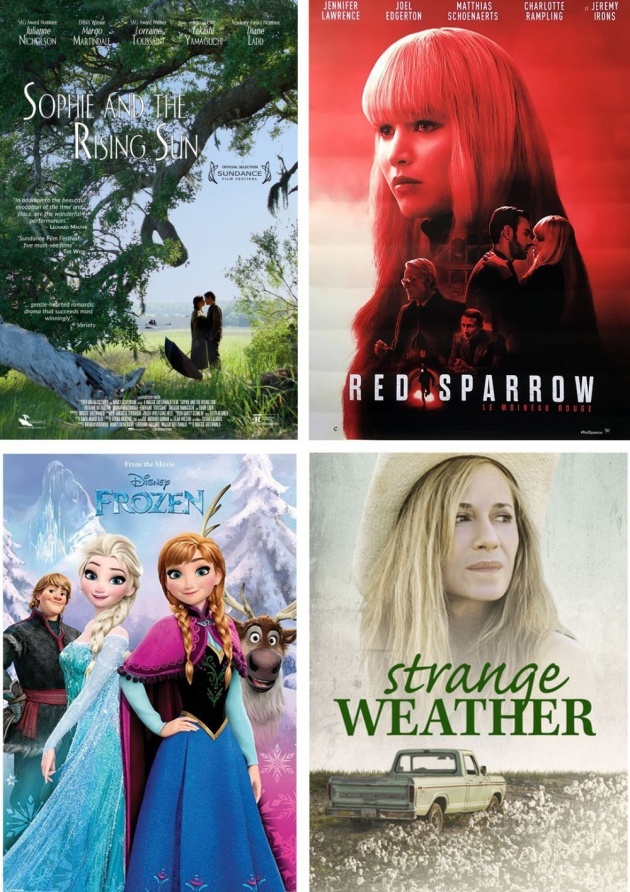 I chose to make a review of the movie Red Sparrow, starring Jennifer Lawrence.

Spoiler Alert! I can't help it there is some amount of spoiler I this review.

Red Sparrow is a thrilling and quite violent spy movie that revolves around a Russian Prima ballerina who was turned into a deadly spy. 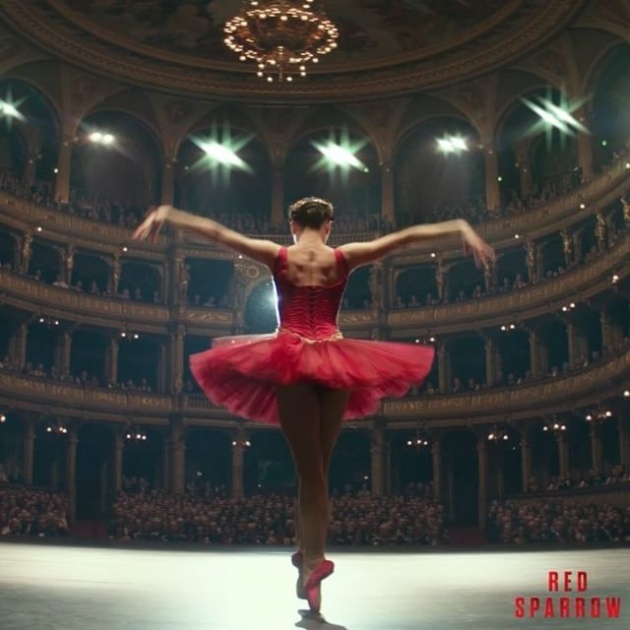 Dominika   Egorova  (Jennifer Lawrence) is a famous Russian ballerina who supports her ailing mother, Nina (Joely Richardson).  However, a staged "accident" caused her a serious injury and ended her career. While she was recuperating from her injury, her uncle, Vanya Egorov ( Matthias Schoenaerts) who was the director of SVR- the Foreign Intelligence Services of Russia. 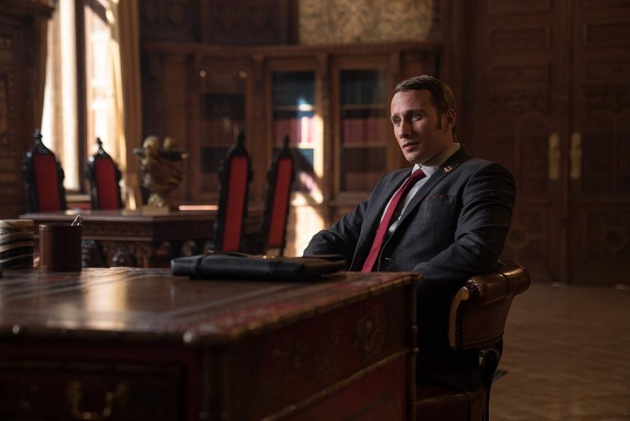 In exchange for her mother's continued medical care, Vanya asks Dominika to serve the SVR. Dominika's first task was seduced a Russian gangster Dimitry Ustinov. What she did not know was it was a plot to get Ustinov away from his bodyguards and kill him.

She was then sent to the State School Four. A training school for an elite spies known as "SparrowVanyas". The operatives are trained to use their wits and body to seduce their targets to accomplish their given tasks. 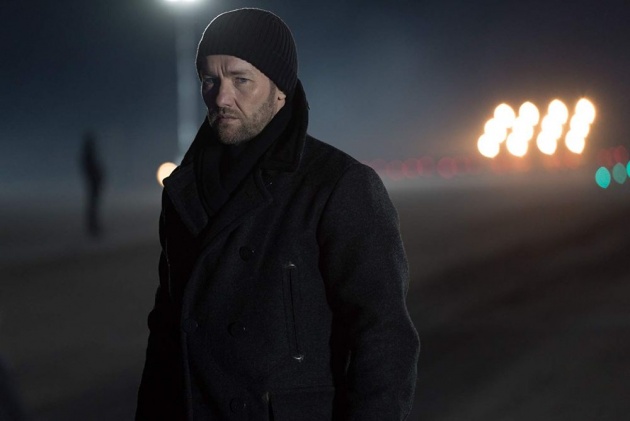 Nate Nash (Joel Edgerton)is an American CIA operative who handles a Russian asset known only as Marble. Marble is a mole who holds a high rank in the Russian government. Nash's cover was blown when he was forced to create a diversion in order to protect the identity of his asset.

Nash was pulled out from Moscow for his safety. However, he stressed out that Marble will not meet with anyone else but him.

Dominika excelled in her training as a  "Sparrow". Her first assignment was to seduce Nate Nash to find out the identity of the Russian mole. She easily got the CIA's attention, however, her true identity was easily uncovered. Then the battle of wits and deception began. 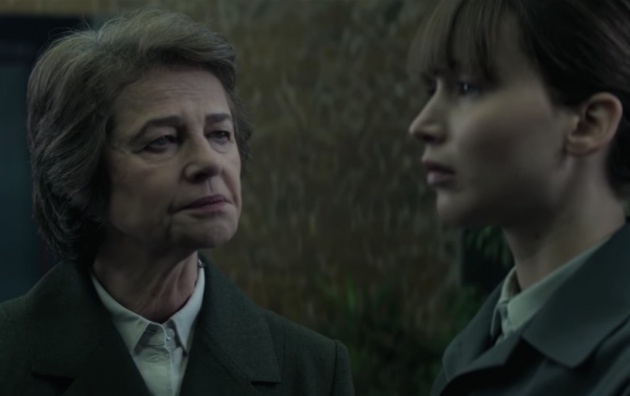 The Matron with Dominika

Nash wants to turn Dominika into a mole. She played along and kept a step ahead in her game. She took actions that made her true intentions unclear. She even endured torture under the order of her uncle, who now suspected she betrayed her country.

Eventually, the Mole revealed himself to Dominika. Suggesting that her only chance to see her mother again was to expose him to the SRV and eventually take his place as a mole. She will not only return safely to Russia but will become a hero and also take his place in the government.

In the end, Dominika made her own choice and gave the Russians what they want and she ascended into power within the Russian ranks.

The movie started quite a bit slow which showed the background story of Dominika as a dancer. After her staged "accident", that's where the violence (and some quite unnecessary nudity) began.

In the training school, they showed how they taught their future spies how to read their target's personality and some other skills they would use as a spy. Again there were some nude scenes that the movie could have done without.

At one part of the movie, it piqued my interest as they give no hint on the identity of the mole. Not a single hint was who he was. However,  as the movie progressed, the interest seemed to have faded as the movie focused more on Dominika and Nash and another character that was about to sell some U.S. classified information to the Russians.

About Dominika Egorova and Jennifer Lawrence

I think Jennifer Lawrence did an almost perfect job portraying the character of Dominika Egorova. She appeared cold,  calculating and dominating, but seductive when needed.

However, being a famed ballerina before she became a spy, it was obvious that she can not keep that identity hidden for so long. It wasn't a surprise that Nash and the C.I.A. easily uncovered her true identity.

One thing I like about her character is, she was always a number of steps ahead even for her superiors in the SRV. Also, while other trainees and perhaps the others agents of SRV followed to the rule the orders given to them, Dominika, always thought outside of the box. A trait that annoyed the Matron of the State School Four.

The similarity to Black Widow 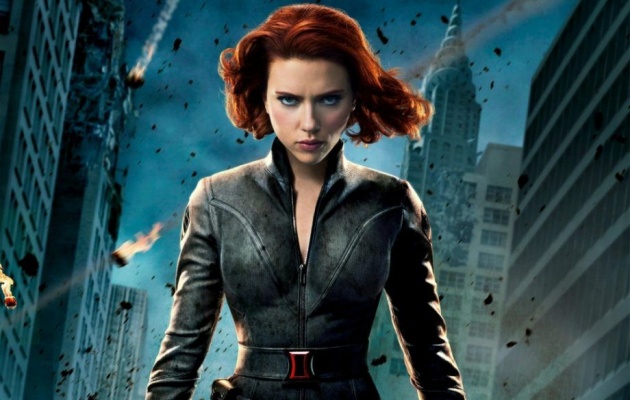 Even from the beginning of the movie I can't help it but compare Dominika's background story to Marvel's Natasha Romanov, also known as the Black Widow. They were both former ballerinas turned spy and both implore psychological and seductive techniques to extract information, though the Black Widow does not resort to sex (well at least not in the comic books and the movies) to do her job.

It makes me wonder, does this reflect the Russian spy community?

Originally, I wanted to share my thoughts about the whole movie. However, since this about "The bitLanders Film Series" to Support Women Empowerment, I would rather focus my thoughts on main character, Dominika Egorova.

Risen to Power  Through Lies and Deception.

If I could summarize how Dominika Egorova has risen to power in one sentence, this is it. She has risen to power through lies and deception.   Fresh out from the training school, she lied and deceived almost everyone around her. She even endured tortured and almost got killed just to cover her lies and true intentions.

Through her lies and deceptions, she was recognized as a hero and rose to the ranks in the SRV. 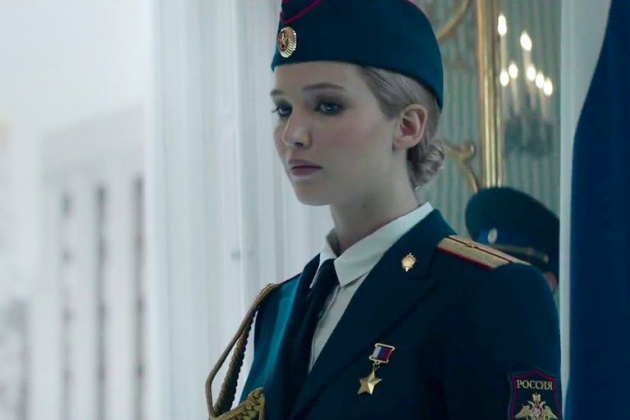 There is always a choice.

After the gangster was eliminated, Dominika has already hinted that "choice" is important to her. While they were trained to follow their orders to the letter,  Dominika discreetly made her choices outside her mission to extract information from the CIA agent.

In the near end of the movie, once again she was told that there is no other choice if she wants to see her mother again. The only option offered to her was to turn over the mole to the Russians.  Dominika proved that there was another way. 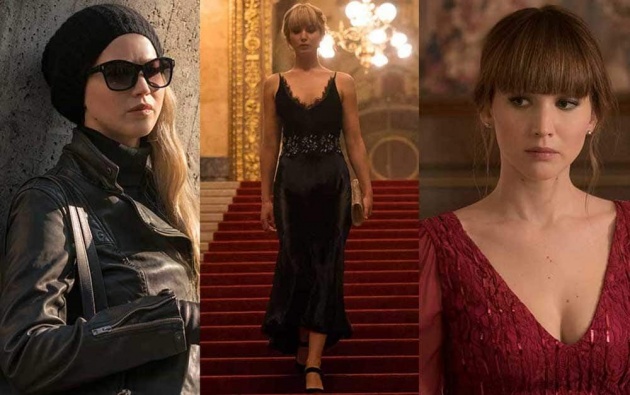 Personally, I did not expect that the teenage heroin from the Hunger Games would play a sexy, seductive spy role in this movie. Her acting was superb. I could give her 4.5 out of 5.0 stars.

For the whole movie.

As a spy movie, sadly, the movie lacked the thrill and mystery. The only surprise or couple of surprises, in the end, is the side she took in the end, and identity of the mole. Though the viewers could get a hint or two which side she would really take in the end.

For the movie, I would give only 3 out of 5 stars.

Before I close, let me leave you with this two Querlo Chats

Do You Support Women Empowerment?