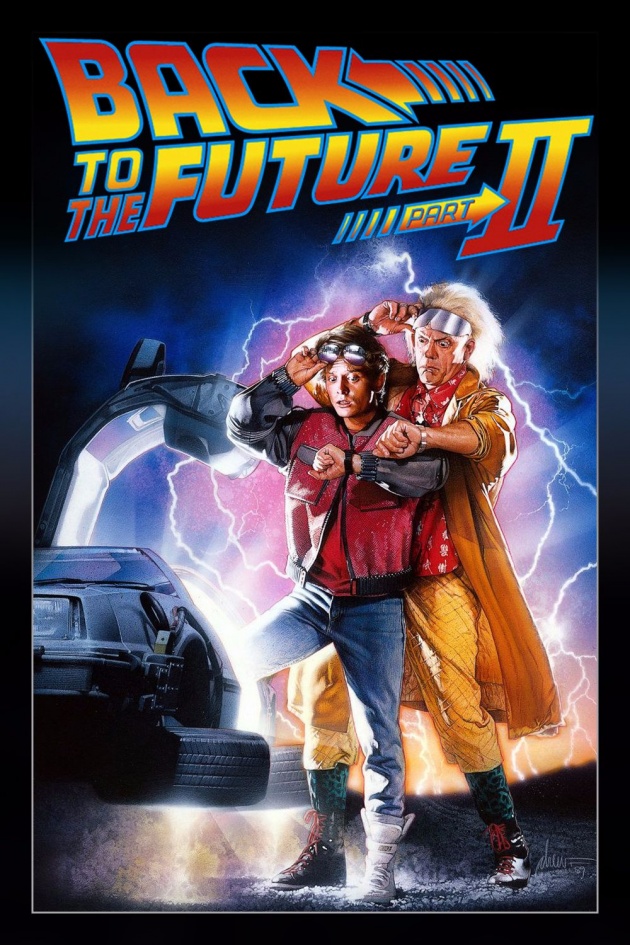 Image Source: Back to the Future II Poster via comodockside.com

Doc: You were here yesterday, Marty.

I really love this movie so I'll be continuing to it's part 2! ^_^ Welcome back! I'm here again, NellShaOza. of course the adventure of Marty Mcfly will never end in the first part. As we all know, a good movie comes with another part and another and another so on and so fourth. Back to the Future for me is the most promising Time Travel Film. People love this kind of theme because of curiosity and mixed expectation of the viewers. 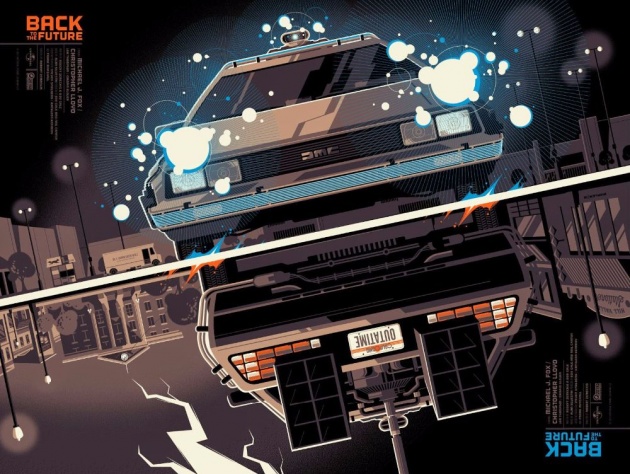 For sure after these Parts of Back to the Future, I would immediately search for Back to the Future DVD copy, watch it and will have a great time ^_^ Hence, Join me as I conquer and explore it's another part. Welcome back Marty! It's time for another -

Back to the Future Part 2

Video Source: Back to the Future Part 2 Trailer via Movieclips Trailer Vault

For a brief explanation and for all of you to reminisce, Back to the Future Part 2 Story plot is...

If in the First part of Back to the Future, Marty came back in time and met his parents. Here in 2nd Part, Marty traveled into the Future to make everything right with their son and his Job. 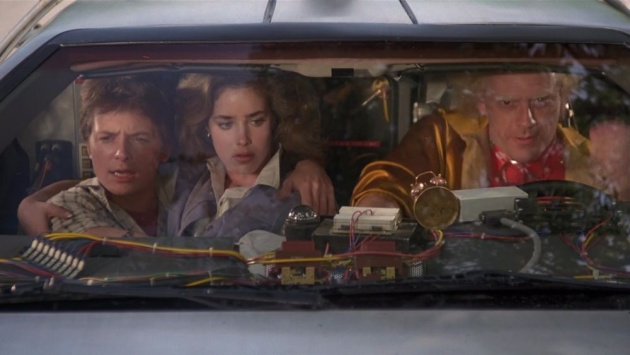 In this nightmarish version of Hill Valley, Marty's father has been murdered and Biff Tannen, Marty's nemesis, has profited. After uncovering the secret to Biff's success -- a sports almanac from the future -- Marty and the Doc embark on a quest to repair the space-time continuum.

This is where the real deal began. The adventure of Marty and Doc and of course the beginning of another conflict between Mcfly Family and Tannen Family. I think it's Doc fault why they are stock in that problem. He threw the Almanac book away without being cautious in his action, but who am I to blame him? He invented the DeLorean Time Machine! 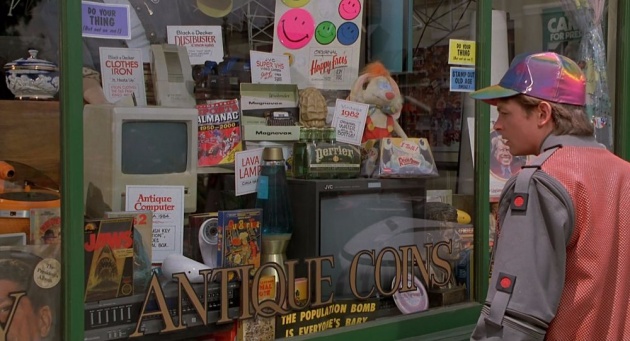 Imagine if you have that Almanac! I'm sure you can control and bet for anything, bring out all you got and 100% of it would become yours again plus the winning price. Nice!

One of my favorite part in the movie is when the Future happened. It's funny and hilarious! 1985 views about the Future (2015) is when people all looks idiot. His Father which is walking upside down by a strange machine, His children which is looking on VR box a like glasses. 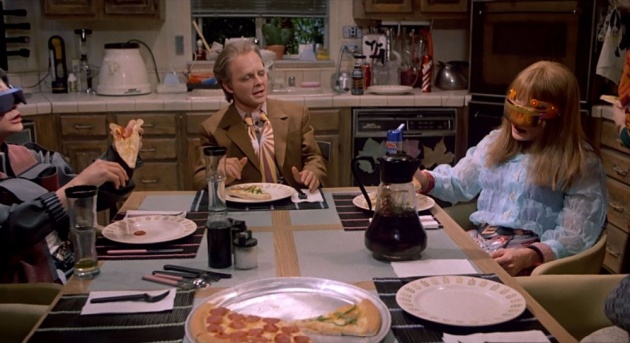 The way on how they cook their Pizza. It comes with a small box (like a gummy pizza box size) and then microwaved in a magical microwave oven, and in just a second, You'll have your fresh bake pizza! Amazing right?! :D

Well, They got the projector style TV (flat screen in this generation) but there's no way fax machine is alive in every house, in the office maybe but in houses this days? Nope.

Jennifer: Future? Marty, what do you mean? How can we be in the future?

Marty McFly: Uh, Jennifer, um, I don't know how to tell you this, but I... you're in a time machine.

DO YOU REMEMBER WHEN..

The Old Biff got to the DeLorean Time Machine and He immediately runs to his young self to gave the Almanac Book (which was thrown by Doc) and then later on found out by Doc and Marty when they came back to 1985 from the future. You know why I love this part? I was excited to know about what happened to those actions and what those consequence would be, and I bet even other people anticipate it.

Old Biff was successful to his secret plan, So.... 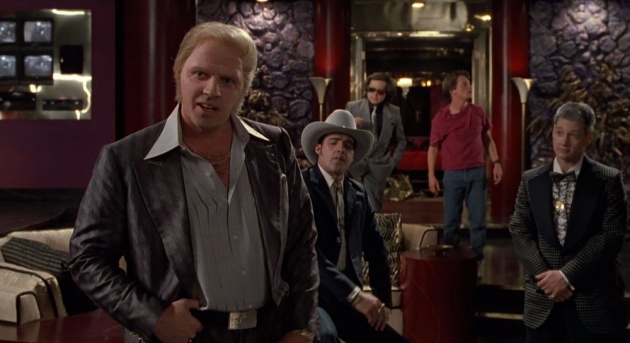 Biff soon became very rich and powerful, spending, eventually starting up his toxic waste company BiffCo and a casino hotel in Hill Valley (via backtothefuture.wikia.com) He conquer California using those money which made Hill Valley to Hell Valley.

I was also fascinated by the fact Doc's stated in the alternate present that Old Biff made. He was saying that what happened to the past will always have a ripple effect in the future, they cannot go back to the future by changing the present, they can only go back to the start to change something from the present. 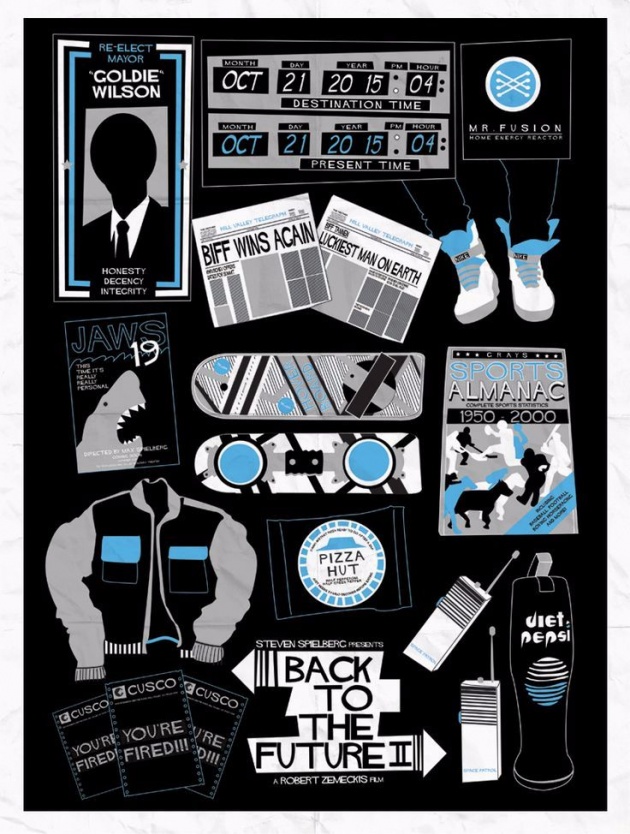 Doc: The time-traveling is just too dangerous. Better that I devote myself to study the other great mystery of the universe: women!

The Back to the Future Part 2 shows that having a Time Machine will never bring a good outcome to anyone, You can say that you just change your own life a little bit but if you'll look your vision more broader than what it is right now you'll eventually see other people struggle just like you do before (just saying if Time Traveling is possible) and if time traveling is possible and it falls into a wrong hand, Maybe Hell Valley is our FUTURE. 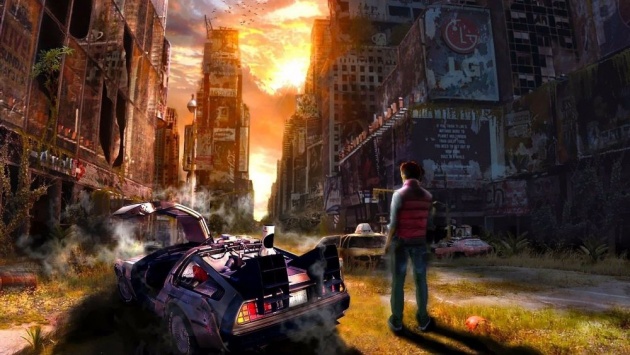 Here in the movie, They only showed that Time Travel will be the most dangerous invention of all. I'll bet that when Time Machine really happen to us people around the world will bought this and stole the idea/formulation to credit it by their name, It will happen again and again, it will never end until we thought of the universe seems strange.

Marty McFly: I don't get it, Doc. I mean, how can all this be happening? It's like we're in Hell or something.

Doc: No, it's Hill Valley. Although I can't imagine Hell being much worse!

Video Source: Back to the Future Hover board Scene via Movie Clips

Image Source: via impawards.com Young Doc: Well, good luck for both of our sakes. See you in the fu…

Image Source: Back to the Future Poster via viewsfromthesofa.com Time traveling is just too dangero…