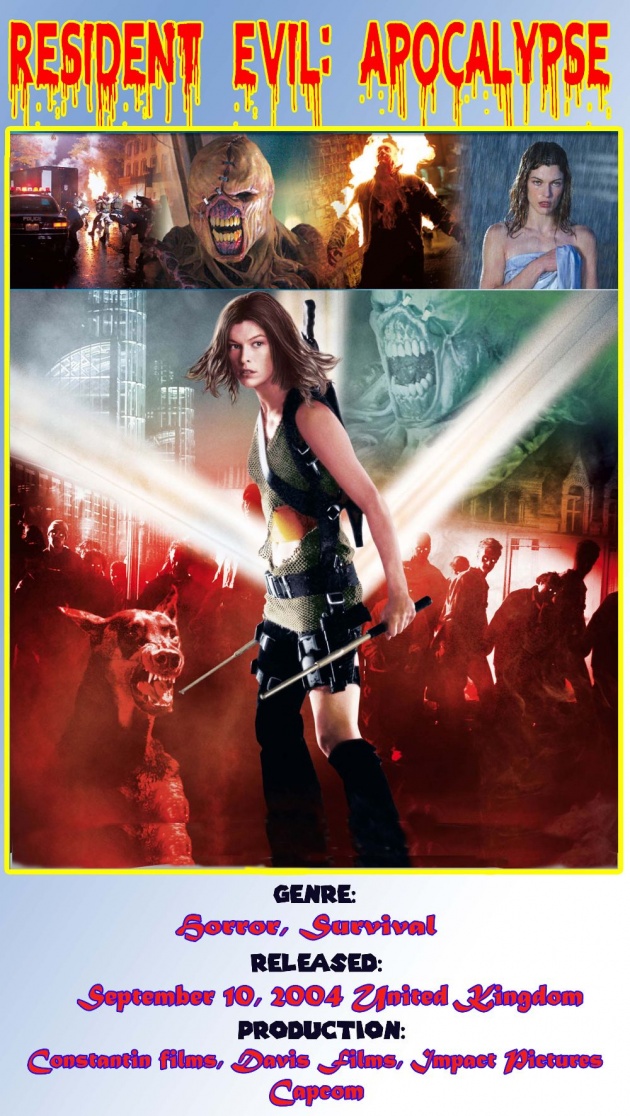 Hi guys! This is Alamgir with an exciting blog about the movie. As I am very thankful for all my friends here who admire my previous blog on first chapter of this movie. Then I realize that I should write the next chapter. Yes now I’m talking about Resident Evil Apocalypse. It is also Action, Horror and Fiction film. Let’s have a look on the trailer.

Well, now coming to the direction and production of the movie. Like the first Chapter of Resident Evil released in 2002, Paul W. S. Anderson has written the story. If we talk about the producer, then again Paul W. S. Anderson did tremendous job along with two co-producers Jeremy Bolt  and Don Carmody. As far as direction, Alexander Witt has done the job very well in that department. Following companies holds the privileges of production.

If we talk about the budget, then it is expensive than the first chapter which is $40 million.

CHARACTERS OF THE MOVIE

These are the characters of the movie which shows given below:

It's impossible to tell about every character of the movie, so i decided to highlight on some of the major characters of the movie. off course,without the gorgeous Milla Jovovich, the movie cast could not be completed. let's have look. 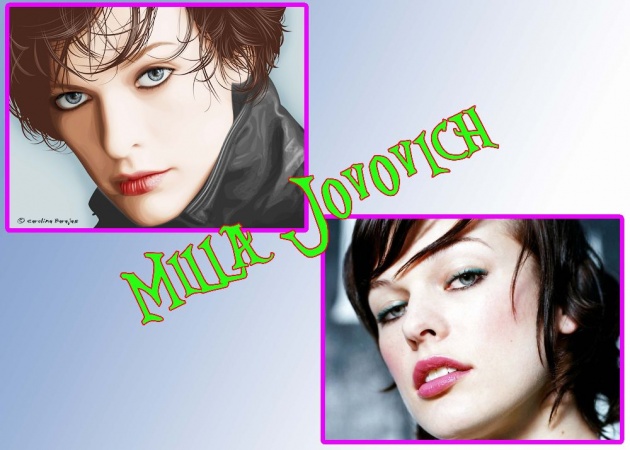 I introduced Milla Jovovich in my Previous Chapter. The whole story revolves around her. 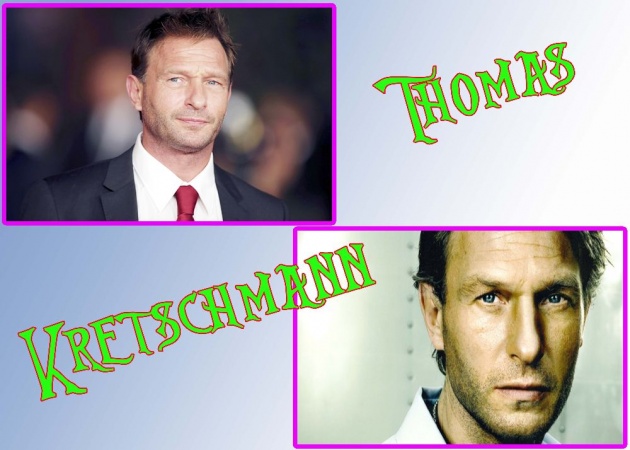 Thomas Kretschmann is a German actor and magician, born on September 8 1962 in Dessau, East Germany. He appeared in the movie as Major Timothy Cain,Head of Umbrella Infection Operation. 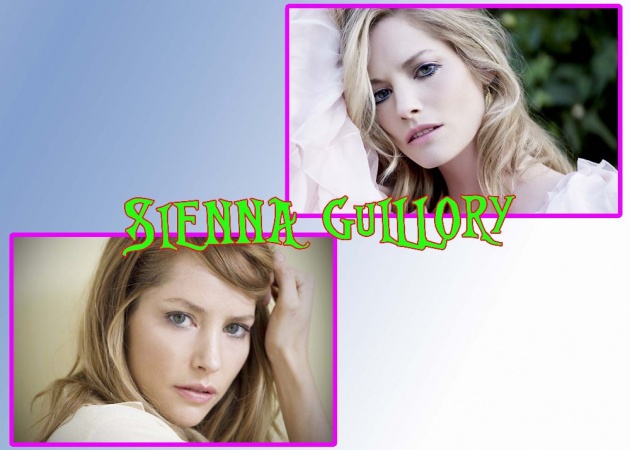 Sienna Tiggy Guillory is the English actress and was born on March 16 1975 in Kettering, Northamptonshire, England. She appeared as Jill Valentine, former S.T.A.R.S member and Police Officer. 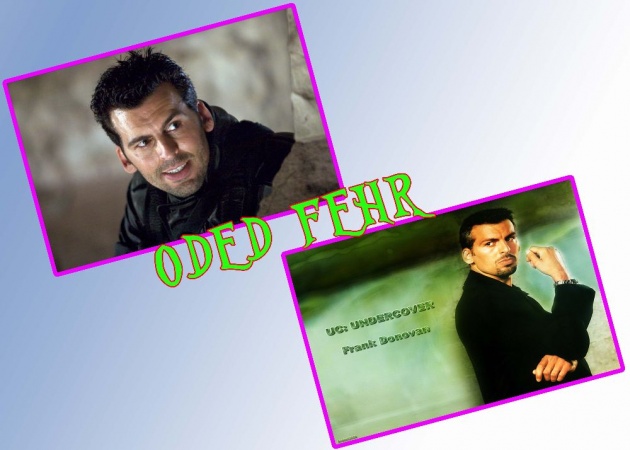 Oded Fehr is an Israeli actor and was  born on November 23, 1970 in Tel Aviv, Israel. He appeared as Carlos Olivera, an Umbrella soldier.

Now if we talk about the story of the movie, most scenes are replication of the game series Resident Evil 2, Resident Evil 3: Nemesis and Code Veronica. Let’s come on the story.

As in the first Chapter, after the T-virus outbreak in Raccoon City, only Alice and Matt Addison survived in the end. Now after one month of T-virus infection of the Facility “Hive”, Umbrella Organization recklessly directs a team of Researchers. When Alice and Matt Addison was escaped alive after the outbreak, the Researcher’s wanted to examine the incident. They also wanted to put Alice on some experiment and Matt was set for a secretive program “NEMESIS”. When the team opens the sealed doors, they overwhelmed by the huge troops of infected people.

They spread the contamination amongst the wide ranging population, when they reach Raccoon City. After two days of viral contamination, umbrella concerned nearly unlikely global infection, isolates Raccoon City and forms a safety outer limits. Umbrella also clearing all staffs out of the Raccoon City.

In order to evacuate all Umbrella Personnel’s from Raccoon City, they sends a car for their transportation. Dr. Charles Ashford who is T-virus inventor and Level 6 researcher in Umbrella, Eventually, Angela Ashford daughter of Dr. Charles Ashford, missing because of traffic accident while transporting her out. 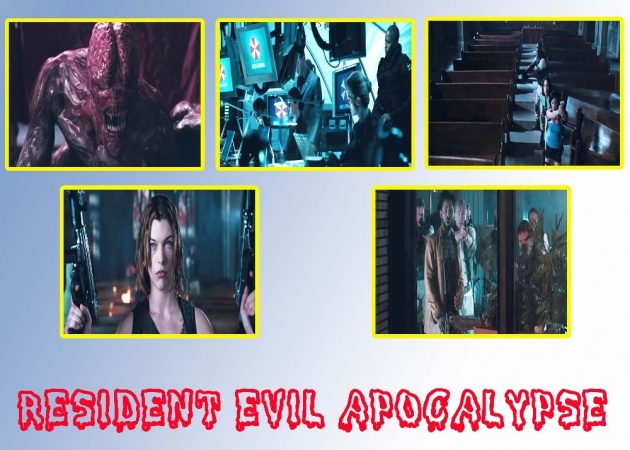 At the same time Alice wake up in the Hospital of Raccoon City. She found herself with some sort of wiring. She steps outside from the room and when she goes outside from the hospital, she finds a city, completely destructive. She found a Shotgun in a police car and walk around the city. She is continually upset for her visions showing a man, who was exposed to conduct her test. Now she feels a super human alertness and power in her.

Although umbrella is emptying citizens at the bridge of Raven’s Gate which is the only exit. Jill Valentine  who is a Police officer advises her friend Payton Wells to be alert about the infection. Meantime, a man having a heart attack due to T-virus and turns to Zombie. Payton has bitten at that moment by the zombie.

On this situation, Timothy Cain anxious about the T-virus, orders that seals the exit gates and to fire on the crowd. To secure against an assault of zombies,Carlos Olivera  and other armed forces and S.T.A.R.S (Rescue Squad) link up with Special Strategies. Their positions are swarming, affecting Carlos and his team to evacuate.

Bitten Yuri, a member of Carlos team, turns into a zombie and attacks Carlos. Yuri shot by Carlos and infects Carlos before killed. A reporter named Terri Morales along with Jill valentine and Payton has locks themselves in a Church. Examining the church, Jill finds a Priest who is serving people to his sister who is a Zombie. They attacks on Jill and she kills both of them. After that find that the Church is occupied by Lickers. They are trying to defeat Lickers, but at the same time Alice appears, and killed all Lickers and saves Payton, Terri and Jill. 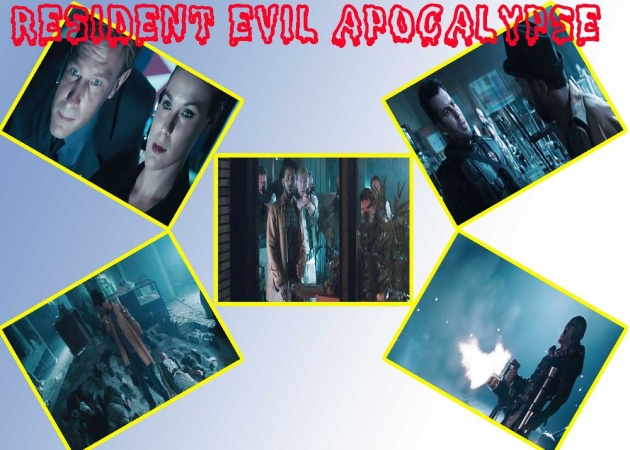 Now Umbrella activates the NEMESIS program for killing of S.T.A.R.S members.Nemesis kills all members of S.T.A.R.S and frees the life of Civilian L.J. Subsequently Angela is lost, Dr. Ashford has declined taking out. He searches location from the satellite and find out her location in school hall. Eventually he hacks the CCTV system of the city to contact Alice and wants to make a deal. The deal is to rescue Angela in exchange of their evacuation from the city. As there is no way of escaping, Alice accepts the offer.

On this offer, the remaining survivors, Payton, Terri and Jill says that they have to cover themselves till the backup reaches, but Alice tells that the infection cannot be lay in control and this place is going to be destroyed by dropping Nuclear bomb on Raccoon City and the media will cover the story as Collapse of Nuclear Power Plant. Later, Payton weakens due to T-virus and killed by NEMESIS. Meanwhile Alice attacks him but he is invulnerable to combat.

Alice traps NEMESIS by trapping to a native store, but she is stunned and enforced into withdrawal. While Jill and Terri trying to find Ashford, and they make it to school. When they reach school, they find Nicholai  and Carlos also searching for the girl Angela. Meantime infected dogs and infected children attacked, as a result Nicholai and Terri killed. Alice again saves all of them and they find Angela. Angela tells that she is infected with T-virus. She was involved in chromosomal sickness and enforced to walk with sticks. His father Dr. Ashford invented T-virus to let her walk without sticks, and he also invented the antivirus because of the T-virus would be for transformations, but the infection was confiscated by Umbrella Organization. Angela has the antivirus that helps Alice to inject Carlos. Alice records all the story by using Terri’s camera.

After that Alice calls Dr. Ashford, he says that a helicopter is waiting on the site of extraction at City Hall. All survivors goes for the extraction point but surrounded by Major Cain and he holds Dr. Ashford as prisoner, where Major Cain orders Alice to fight with NEMESIS. Alice reveals that NEMESIS is Matt Addison, her friend and the only survivor with her in the “HIVE” because he was infected, that is why she refuses to fight, but Major Cain says if she refuses to fight then he will kill all the survivors and kills Dr. Ashford. Now she surrenders and ready to fight with NEMESIS. In the fight she spearing NEMESIS on a pole. Then Cain orders to kill NEMESIS, but she refuses which reawakens a touch of kindness in Matt (NEMESIS), Alice and Matt attack the forces of Umbrella jointly. In the meantime, Carlos and Jill cut their handcuffs and fights. NEMESIS is killed to save Alice by exploding helicopter. Alice throws Cain from the helicopter to face the intruding zombies together with Dr. Ashford. The survivors escapes in the helicopter and in the meantime, the nuclear missiles explodes. After some time the helicopter crashes due to blast of nuclear missiles. As a result Alice saves Angela from a metal pole and lost her life. 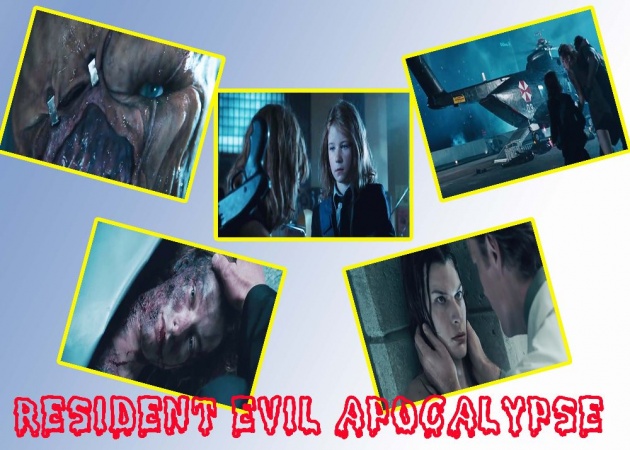 After some hours of blast, the employees of Umbrella, pinpoint the crash site in the Arklay Mountains. Where they find only Alice’s body. Later media shows the video of Terri, despite of Jill and Carlos hard work. Umbrella comfortably supports a bogus story of Nuclear Power Plant explosion in the city. The contamination is considered as a joke, that Jill and Carlos now wanted for the questions by the police according to media.

Umbrella, then take the body of Alice in research facility in Detroit commanded by Dr. Sam Isaacs. After three weeks Alice awakes and the team of doctors asks about the past by questioning her. Momentarily, she remembers all events from the Raccoon City. She realizes that the doctor appears in her visions was Dr. Isaacs, eventually she attacks Dr. Isaacs and the others and find the way out of the facility. At outside, Umbrella guards surrounded her but Precipitously, Carlos, Jill and L.J camouflaged as Umbrella employees and says we will take care of her from now on by showing written order. Alice comes in the vehicle but at the final check post, the guards received a call from Dr. Isaacs, he says “let them go” and says “Program Alice activated”. Meantime when he says that, Alice eyes flashes with logo of Umbrella but she ignores.

The movie was premeditated release on 31st October 2003. Due to SARS outbreak in 2003, though it was struggled to 10th September 2004. It was exposed in May 2004, a trailer should be a part of film. Later some publicity images released, that showed few acts from the film by official website of Milla Jovovich.

On July 7, 2004 a theatrical trailer released on Yahoo Movies. The film opened on 10th September 2004 and got a projected $23 million on its first weekend. On December 28, 2004, The film was released on DVDs DVD

After the release, despite of mostly negative reviews, the film earned $51 million natively and $129 million globally and exceeding the previous Chapter at box office.

Before the release of film, for Resident Evil Apocalypse, two albums released. The first was released on 31st August 2004 that contained film music and the second was released in late 2004. The composer was Jeff Danna.

Now its review time, as the negative reviews on first Chapter “Resident Evil”, the same story remains with the second. According to rotten tomatoes, the film scores only 21% which is less than the previous one. But mostly newspapers again gives expressive negative reviews. In Chicago Sun Times, says that “the movie was absolutely worthless waste of time, and there wasn’t no motive to produce such movie, but to make money”.

Despite of mixed negative reviews and criticism, even though the horror movie was nominated for some awards in various categories. This time the movie got some awards as compared to First Chapter "Resident Evil". The following chart shows the details. 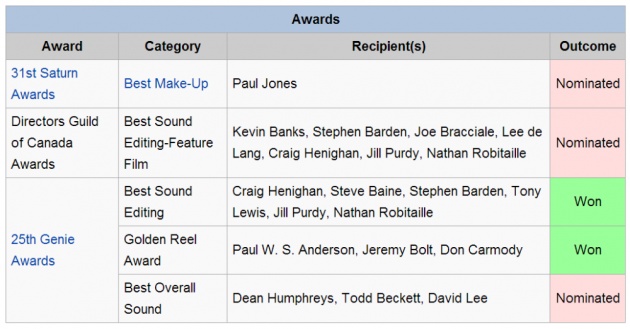 well, when you see the trailer of this movie, it seems like beyond every human beings imagination. despite the story and characters has not related to reality, but I got to admire the performance of gorgeous Milla Jovovich, Oded Fehr and Sienna  Guillory in the whole film. that's all I have to say through my blog, to all the friends, that you should watch this movie.