Last week, the film industry lost one of its most famous film critics. Roger Joseph Ebert worked at the Chicago Sun-Times for 45 years and was the first film critic to win the Pulitzer Prize for Criticism. His film reviews, where he would usually include personal anecdotes, were often characterized as "dry wit". He was known to support high-quality independent and foreign films which he thought were not enough accessible to American moviegoers. Ebert was also an early Internet and digital media user. His first presence online started in the 1990s, followed by his own website RogerEbert.com in 2003. He then became an avid Twitter user in the late 2000s. Ebert understood very early the possibilities of new technologies related to films. He will be remembered by many, both in and out of the entertainment industry.

Tribeca Film Festival is only 5 days away! So you don't miss anything from the several screenings and events, Tribeca decided to go mobile and just launched the TFF 2013 App. The app provides a complete catalogue of the films and events, sells tickets and keeps you informed of the latest news. The Festival is also social media savvy and gives a complete list of its online presence so you stay connected 24/7.

The Festival just introduced its 2013 Jurors, including influential industry leaders, award-winning filmmakers, writers, journalists, etc., such as Whoopi Goldberg, Bryce Dallas-Howard, Paul Haggis, Josh Radnor, Evan Rachel Wood, and more. What will they judge? The full list of films is here. The screenings are not the only reason to go to Tribeca. The panels are also "not-to-miss" events, especially the Future of Films conversation series, with talks with filmmakers and industry leaders on topics going from the world of film today to the rise of digital filmmaking and online film distribution. Because the talks are free and open to the public, we suggest you register now. 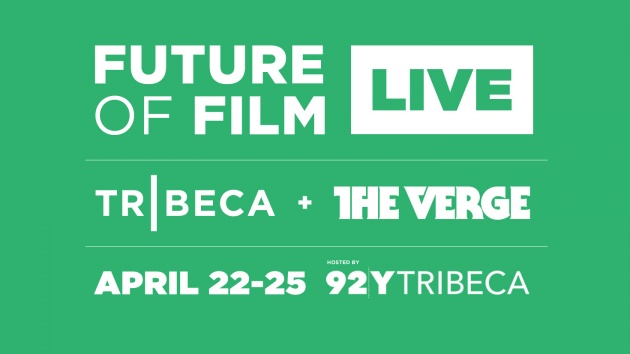