Seeing the opportunity not the problem

seeing the opportunity not the problem

Ok so I’ve been away for a while, physically and mentally I guess. After graduating just last year, I have found myself in one big tunnel of mush… ‘What the hell am I doing?’  I’m sure many graduates find themselves in this area of confusion. But alas! A light at the end of my crummy tunnel!

I have decided ‘Seeing the opportunity’ is the only way forward, and that’s exactly what I’m doing! I’m opening my own doors, and creating new ones along the way.

My passion is Art, in any way shape or form. Personally I love to animate, and illustrate. (I wouldn’t mind being the next Quentin Blake! Or Nick Park either would be nice ;) …Who wouldn’t!?) But nothing is going to go anywhere unless you endlessly shout about what you do! And have that little bit of encouragement. So that’s what I did, and am still doing…and somewhere along the line I received an email, a very important email, (that in a rush at the time, I regret I discarded for a while!) tut tut! But then fait perhaps? It was mentioned to me in a not so long ago conversation “Young Britain” immediately I reminisced that email! Ok so what’s this all about?

Young Britain is an up and coming scheme that is intended to help drive young people’s motivations into becoming their own boss! Creating a business from perhaps a talent, a hobby, or even one simple idea. The help has now arrived! (Long time over due I’d suggest.) This project will expose the ‘do-ers’ of Britain, the ones who want to achieve in life, but just don’t know how to go about it. It also helps when there’s someone on you’re wave length, an advisor who has done it all before and knows exactly what dramas you are about to face. They are offering free advice and support, a place to create your business, to meet other budding entrepreneurs and above all to motivate you! “Self employment is a route OUT of unemployment.”

Another project with a similar response to helping young potential entrepreneurs is ‘Upstart’, who particularly welcome the participation of young people who consider themselves to be disabled, and/or from Black & minority ethnic communities; and/or lesbian, gay, bisexual or transgender.

Unemployment has taken effect on the young people of Britain, resulting in behavior issues, drug/alcohol abuse and even homelessness. Britain is becoming depressingly jobless.  The number of people officially classed as homeless in England has jumped by 14% in the last year, which is the biggest increase for nine years! With Unemployment predicted to increase by a further 200,000 in 2013 !  I think Shane Meadows will soon be writing ‘This Is England 2013!' 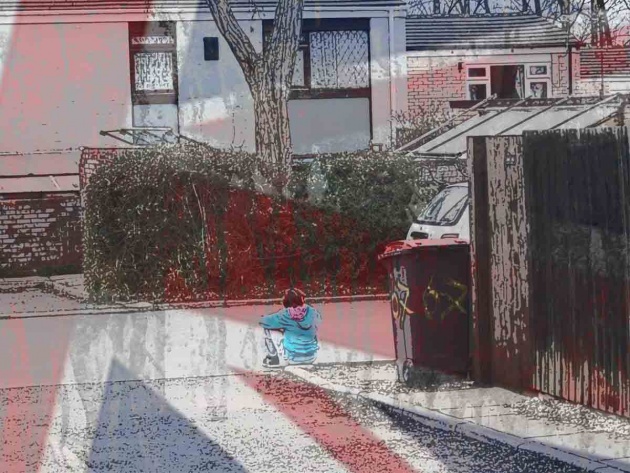 My point being- Young Britain and schemes similar are giving Britain’s cursed youth a great opportunity. Help for the unemployed is here for those who want it. These projects offer a lot more than an insight into just how to begin a business. They are offering loans, life skills, self- awareness, professional advisors, the opportunity to meet new people, business plans, business tips, and much more! They are challenging Britain’s current unemployment status and it’s just what we need!

I personally recommend any one that fits the criteria to give it a go! It has already inspired me, and gave me a well needed ‘kick up the butt’ to be honest!

"BE SOMEBODY, DO SOMETHING, START NOW!"