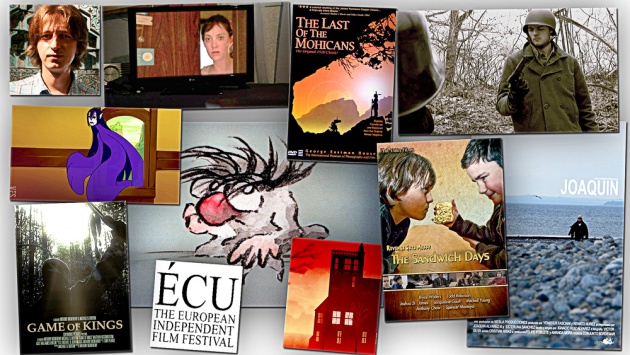 This week has been a cold one, so we stayed indoors to watch some of our new submissions, and we were thrilled by the wonderful variety. As the most prestigious festivals are approaching, Tribeca and Cannes to name a couple, filmmakers are getting more excited to share their work with the world. One festival that we like a lot and a great contributor to Film Annex is ECU, which ended only a few days ago. Their channel shows the trailers of almost every film they annually showcase as wells as interviews with filmmakers who visit Paris to screen their work. So if you weren't lucky enough to be in Paris last week, check out their blog posts for a quick overview and a list of winners. And if you want to be one of next year's talents, submit your work today as the submissions for next year are now open!

Our featured Web TV this week belongs to none other than the talented animator Karlis Vitols from Latvia. His short films intrigue and entertain with interesting characters like the astronauts in Mechanism and the pink samurais in Devil's Fuji. Vitols' wit and creativity aren't only visible in his fictitious animations but in his other videos as well. He recently created a faux interview with his own animated cast. Pretty cool, right? Robot Virus, his next project, is still in the works but he'll be teasing you with a couple new blog posts and exclusive drawings in the meantime.

And here are our 9 featured films of the week:

Remember that you too can be featured next week! Contact us at info@filmannex.com to suggest your profile or register and create an awesome Web TV.