Movies and any other forms of media are great source of entertainment. It transports us to another world and makes us feel various kinds of emotions like the next movie I am going to review today—Sophie and the Rising Sun.

SOPHIE AND THE RISING SUN 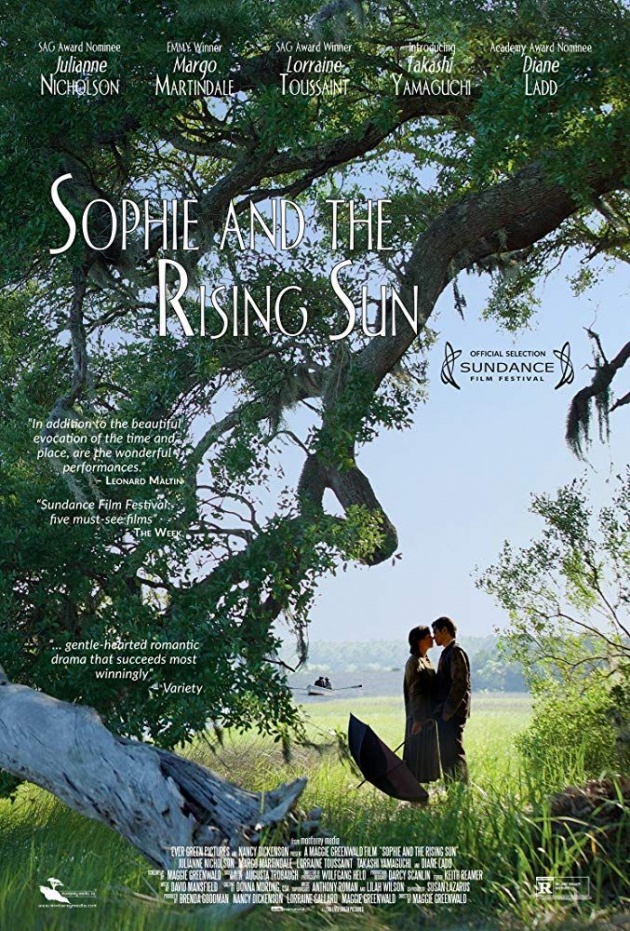 Sophie and the Rising Sun is a romance and drama film directed by Maggie Greenwald, released on January 22, 2016 by Monterey Media and premiered at the Sundance Film Festival. The film was rated R by the Motion Picture Association of America (MPAA) due to its sexuality and nudity. The story was based from a novel published on 2001 written by Augusta Trobaugh while the movie was also written by the original author herself and co-written by Maggie Greenwald. It was produced by Lorraine Gallard, Nancy Dickenson, Brenda Goodman, and Maggie Greenwald.

Sophie Willis lost her lover in the First World War and had since lived alone. Catching crabs and selling them was her source for living, paints and draws with charcoal on her leisure time, and attends church in Salty Creek, a village in South Carolina at United States. The community of Salty Creek was small that everyone knew and care for each other well. 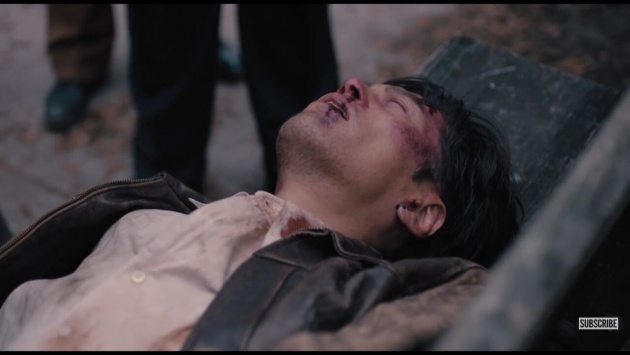 In autumn of 1941, a man named Ohta was dumped by a bus on the road of Salty Creek. Half-dead and nowhere to go, the people brought the man to Anne Morisson, a widow, nurse, and a member of the Missionary Ladies Society. Since he wasn't able to hold a conversation to tell who he really was due to severe injuries, everyone just assumed he was a Chinese. Ohta lived under the care of Anne and helped in improving her garden while he was recovering. When Sophie and Ohta met, a spark of connection had immediately developed which turned into friendship and later on, love. 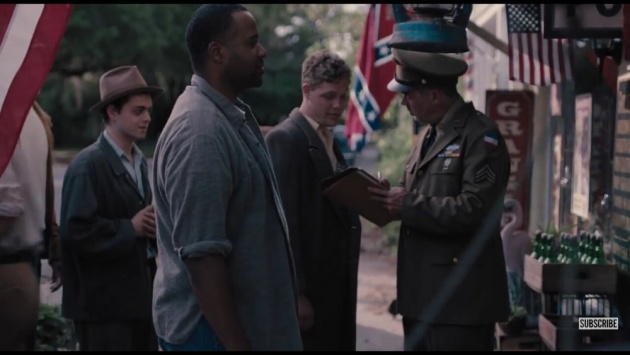 Set in the time of the Second World War, the community of Salty Creek was all ears on the news and vigilant of anyone new in their village. One day news came in that the Pearl Harbor was bombed and heavily destroyed by the Japanese. Considering the Japanese as enemies, people detested and developed hatred towards Japanese and wouldn't hesitate to kill if they see one. Worried about the man's safety, Anne moved Ohta to his late husband's fishing cabin until he finds a way to escape to Canada. Meanwhile, Sophie who was questioned for having a relationship with Ohta fought for her love despite the huge and difficult barrier they were caught into. 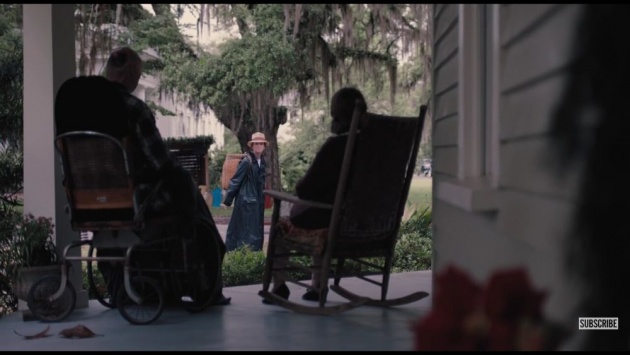 The color and lighting of the film effectively brought its audiences back and exuded a classic feel. The movie was shot quite simple almost just like how old films do, but was also good because it brought more focus and was straightforward with the subject. And I think the style and techniques used was effective enough to give out the old film vibe. 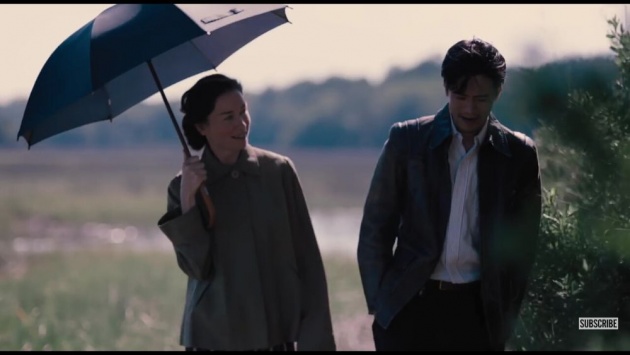 I could tell that they really did great because I honestly thought the film was made around early 2000s or way earlier than that so it was a surprise that it was a film released in 2016, just recently. (I don’t do research about the movie I will be watching most of the time.) 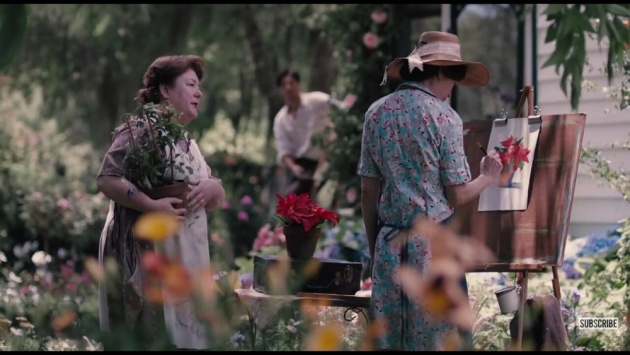 Costume and setting play an important role to make the audiences believe of the story and time or year when the story occurred. In this film, characters wore old-fashioned style of clothes. From dresses to bags, makeup and hairstyle. The setting was also great and left me a sense of nostalgia. The humble village of Salty Creek and its simple but beautiful houses. The radio and newspaper which were their easiest source of information, while letters were their mode of communication. No internet, phones, television. Another thing that I loved was the old vehicles. It’s always a joy to see vintage vehicles during this modern age. 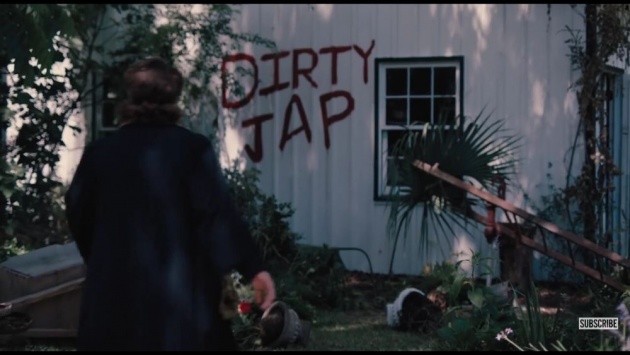 One subject the film clearly shows is racial prejudice. Racism is still present today but not as worse as how it was in the past. In this film, the Americans considered every Japanese an enemy of their country. They have to be captured or killed because they have done damage to the land. This is then where prejudice and racism enters. Even though not involved with the war, Ohta was immediately labeled a threat and enemy by the people just because he is of the same nationality with those who bomb Pearl Harbor. It was clear that decades ago, people were more unwelcoming of people from other races. Probably due to conflicts going on between their countries, social status, or even color. They were treated differently. There was a scene from the movie where Ruth was telling Anne to have Ohta attend the African Methodist church. When Anne asked why can he not join their church instead, Ruth reasons out that he is not white. There was also a part where they referred to black people as "Negro". 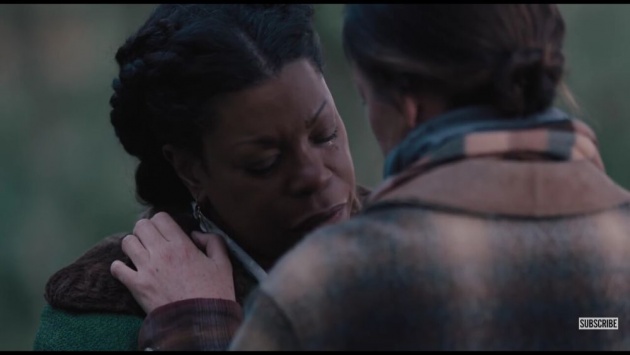 The second subject the movie conveys is that you can be friends with someone of different race. In fact, Salome and Sophie's friendship was also a victim of racism. Sophie's mother forcibly cut their friendship by keeping her away from Salome just because Salome was black. When they had already grown-up, Salome came back as a maid for Sophie's aunt. Salome used a different name and later on revealed her true identity to Sophie. It was nice to see a friendship remain so strong despite time and racial differences. Salome also helped her friend to be with Ohta in the end and even defended her from Ruth. 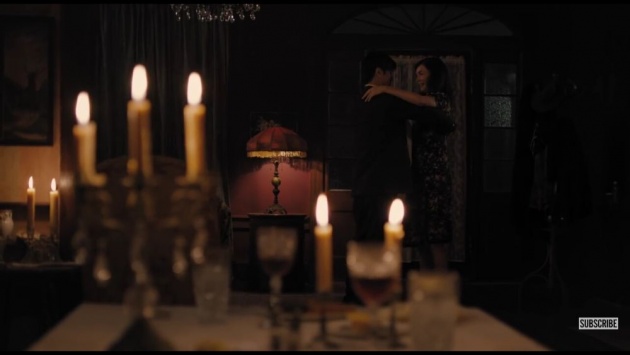 Third subject is that love knows no color or race. It has no boundaries. (Well, this goes the same with friendship too.) Sophie is American while Ohta is Japanese. What made it more difficult for them is that both of their nations were in conflict with each other.

Sophie was told to stay away from Ohta because he is from a country of the enemy and it will only cause trouble for her if she were to stay with him. However, love does not know how to discriminate and it loves at its own will. It will make you do so many brave things you think you can't possibly do to fight for your relationship. 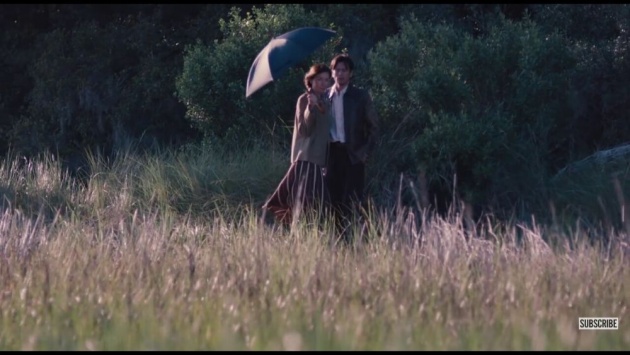 The movie was great in my opinion because it had shown me a little of how life was in America during the Second World War and most of all, shown me a different story during the war which is the interracial love and how they would risk everything to fight for their feelings. It was interesting to watch the people's perspectives and reactions toward Sophie and Ohta having a closer relationship. This only proves that love is strong and it conquers everything.

(Just a short note before I end this blog. I honestly thought Ohta was saying "owatta" (means "it's done / it's over" in Japanese) when he was asked for his name while he was heavily injured and just agreed being called Ohta, but it turns out it was his real name when I searched for the list of the characters after watching the movie. I thought he was saying his acceptance for defeat whenever he was asked for his name. I'm so silly.)