Halloween has passed, but November is not yet over. And since spooky nights might still be on our homes, there is no better thing to do than write about stories of terror. So, allow me tell you about these top Philippine urban legends that have been made classic. 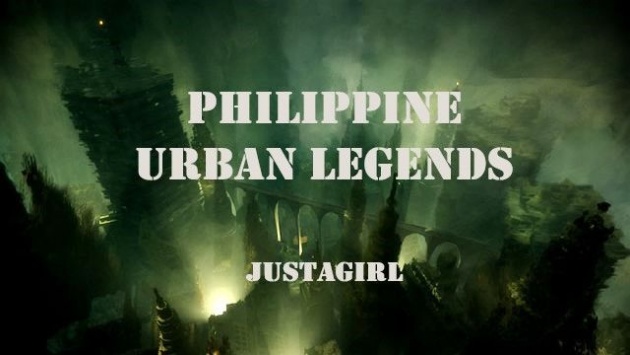 As part of our nature, Filipinos tend to get fond of urban legends. As we know it, these are folkloric tales which most of the time have scary storylines of unknown origins. They often get passed through words of mouth.

As these tales spread from person to person and from locality to locality, many people start to believe it. Hence, they stay in that place for a long time until the stories get passed to another generation.

But are these urban legends true? Many times a lot of people and authorities have belied such stories. However, many still continue to believe these tales.

You might ask, what could be so interesting and so capturing about these stories that, even after a long time, many people still believe them to be real? Well, see this list of some of the most popular urban legends and figure out the answer for yourself.

This infamous tale of the construction of San Juanico Bridge is probably one of the undying urban legends in the history of Philippine horror stories. I even heard about it from our elders when I was a little kid.

It was tale-told that during the process of building the bridge, former first lady Imelda Marcos consulted a fortune-teller or sorcerer and was told that its construction was bound to fail. That is, unless a sacrifice to the gods would be made.

The said sacrifice came out to be fresh blood of humans, specifically children. And so, the former first lady ordered street children's abduction. These kids were said to be slitten in the throat, while their blood would be poured out fresh on the foundation of the bridge. These bloodshed sacrifice, according to the sorcerer, would make the foundation stronger counteracting the curse.

It has been told a lot of times that the story of San Juanico bridge is just nothing but a tale. According to authorities, there is no truth to the story involving Imelda Marcos, and that the tale was probably made to scare off children in the town to prevent them from roaming the streets during night time.

It has also been theorized that the urban legend of San Juanico bridge could be a black propaganda to deface the former first lady back during the Marcos era. This could also be a possibility since the political race back then was really intense. What do you think?

2. The lady in Balete Drive

Another infamous Philippine urban legend involve a lady ghost, a white lady, roaming around the road of Balete Drive in Quezon City. It was also one of those horror stories that got featured in TV back when I was still a small kid.

According to tales of the lady in Balete Drive, the lady ghost would suddenly appear whenever a vehicle would pass the said road during night times. Most supposed witnesses to the scary story said that they were firstly frightened thinking they ran over the lady. Then, as they would get off the car, the said lady would disappear.

Many witnesses had been interviewed long before by different TV stations during their Halloween special celebrations. Many still stood to what they supposedly witnessed. However, many also believed otherwise, saying that the story was just made up to scare drivers off and keep themselves awake and alert during night drives in Balete Drive.

Also a fact, the background story of this urban legend has differed as time passed. Some say that the lady ghost was raped by a cab driver on her way home, and that she had been haunting drivers. But some version says that the lady was hit in a car accident and still could not find resettlement in her case.

Another claim stated that this tale of the lady in Balete Drive is nothing but a myth, with a group of college students experimenting on whether they can achieve an urban legend. They made up the horror story to scare people and have them spread the rumors.

Either way, both versions of the story still freak many people out. Many still avoid and stay away from driving in the said road. But still, nobody can tell whether the urban legend is true or just an invented tale of a creative mind. How about you, do you think this horror story is true?

Not too scary compared to the first two horror stories, this urban legend involving the Gokongwei's and their business chain of malls called Robinson's is also an undying tale of mystery. According to words of mouth, there is a man hiding underneath the Robinson's Galleria mall who is half-snake in appearance.

It was said that the Gokongwei's have a family member, a twin brother to Robina Gokongwei-Pe, who is half-snake. Because of this, they went all the way to hide him and keep him safe. Apparently, the Gokongwei's built Robinson's mall, particularly Galleria, as a safe haven to Robinson.

It is like a Disney concept until the story of terror started being associated with it and soon became an urban legend. According to the tales, Robinson would prey on beautiful ladies and kids on the mall's fitting rooms. Whenever he liked, he would push a remote button that will open a huge hole in the floor of the fitting room and drop the ladies straight into him and violate them.

A very popular name has been tagged along the story as well. It was said that the beautiful actress, Alice Dixson, was one of Robinson's victims. In order to shut her off from spilling out what happened, she was paid huge amount of money. Apparently.

It sounds too crazy knowing that many people still believe this urban legend. But on the lighter side, people in question had made funny response towards the very old yarn.

In one TV advertisement, Robinson's featured Alice Dixson as their brand ambassador. Towards the end of the ad, she let out a line that could be implied as a jab to the issue.

Meanwhile, in a commencement speech she delivered at UP School of Economics, Robina Gokongwei laughed off the allegations pointing out that all of these could be attributed to market competition and dirty tricks. As she mentioned, in times one would get caught in such situation, the best thing to do is to keep quiet and let the story fade. Or another option is to make a joke out of it, which she continues to do whenever she gets questioned about the urban legend.

How do you deal with these dirty tricks? Nothing, just keep quiet and let the story fade away. Or better still, make a joke out of it."

Here are some relevant blogs about horror stories and urban legeds:

► The Cebuano Mythical Creatures, Are They Real? by Jean-Beltran

► Behind the Fun of Halloween is The Devil's Festival by ArtGirl

How about you? Have you heard of these urban legends too? If yes, what could be the versions you know? Let me know!

Stay tuned for the next part to this blog!