Judo is the sport that I know the most about.  I've been doing judo for 22 years and have been competing internationally for 14 years.  In those 14 years of international competition I've noticed that a vast majority of the world's top judoka come form Central Asia.  Specifically (but not exclusively), I'm talking about Mongolia, Russia, Kazakstan, and Uzbekistan.  If you look at the current world ranking list for judo found at www.ijf.org , you'd see what I'm talking about.  What is it about these individual fighters or countries that produce them, that makes them that much better than most of the competition?

While evaluating this, it's important to note that combat sports are on the cheaper side (in terms of how much it costs to participate) compared to sports such as hockey, lacrosse, football, and american football.  No elaborate stadium with regulation sized goals, expensive protective equipment, or regulation sized ball are needed.  For countries that don't have as much money to throw around as the U.S. or Great Britain (for example), judo is easily accessible to almost anyone.  The number of judoka in the countries previously listed is tremendously greater than the number of judoka in the U.S.  Having a larger pool to draw from usually yields a greater talent base to draw from.

Also, many of the judoka from Central Asia display quality traditional "stand-up" judo with their posture and hips being their foundation.  Learning how to use posture and your hips in judo is more prevalent now than ever (due to recent IJF rule changes).  Almost every time I've fought or worked out with any athlete from Central Asia, they have displayed good posture, strong hips, and quality traditional judo.

Like anything there are many variables and many reasons why things are the way they are.  Noticing the correlation between the trends of Central Asian judo and the amount of world ranked judoka they have is simply a quick, surface value, opinionated analysis.

Thanks to the Film Annex team for all of your support!  This is my first blog for Film Annex so keep your eyes peeled for more to come!  Feel free to follow me on Twitter @NKossor and Facebook .  Also please check out my band "Hard Soul" on Facebook and Twitter : @thehardsoul. 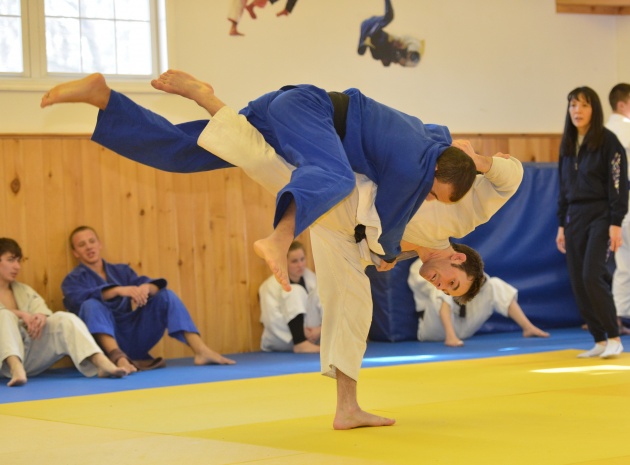