Mai’s son is a first grader in a prestigious public school in Da Nang City.  She was surprised to learn that there are 55 students in the boy’s class. “With such a high number of students, I wonder if the teachers have enough time to take care of all of them,” she asks.

Because the schools that are considered ‘star schools’ are so popular, small (20 to 30 student) classes are just . . . a dream.

Students of the Thang Long Primary School, for example, are now spread over four buildings on Ngo Tram, Hang Bong, Nguyen Quang Bich and Ly Thai To streets.  Meanwhile, students of the Nguyen Du-Trung Vuong School cannot play at break time because there is no playing field.

What is taught at ‘star’ schools?

Many parents complain that their children have to study too hard at ‘star schools.’

Dao Nga, a military physician in Hai Duong City, says that students have to learn very intensively at the top schools. Her son is burdened with a lot of homework every day. Students not only to do all the exercises shown in textbooks, but they are also assigned more difficult exercises as well

As Nga’s son is good at mathematics, the boy was selected for the school’s competition team. The boy trains regularly for the competitions for excellent students at district and city’s levels.  “After every competition, he is worn out and has lost weight,” Nga complains.

Minh, in Hoan Kiem District in Hanoi, says that she never imagined that students of ‘star schools’ would have to study so hard.  She relates that a year ago, she felt fortunate to bring her daughter to a class taught by a famous teacher, a person who’d been awarded the title ‘excellent teacher at the national level.’

Minh said that there are 20 students more than in a normal class at her daughter’s school, because every parent wants their child to study with ‘excellent’ teachers.

Before Minh’s daughter entered the first grade, she could spell simple words.  Even so, she could not catch up with her classmates, who could read and calculate already. The girl has become afraid of learning and she does not want to go to school.

After such experiences, many parents decide to transfer their children to normal schools, because they realize that prestigious schools are not always the best schools for their children. 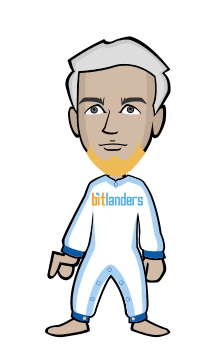