Just when my husband and I thought Japan will be our first international destination together, we were totally wrong!

Today, allow me to share with you how we got our first international travel for free and what would be our planned places to visit.

Our First Internation Travel is Free!

Just early this year, James told me that his company is hosting a free international trip for those employees who had rendered five years and above with the business. I was happy to know that but a little jealous inside, I was thinking maybe he can bring me! But he surprised me that aside from that, its a plus one deal which means he can bring someone with him during this trip! Of course, it would be me, no one else.

How would you decline such offer right? So, both of us including their other colleagues were super excited as to the final decision on which country to go to.

On January, two destinations were mentioned, either Hong Kong or Taiwan. They have to vote and whichever gets the highest number of votes will be the final destination. Both are visa-free right now for Philippine passport holders so they won't go through the hassle of visa application anymore.

Well, both countries are near to each other but then, since Taiwan sounds more interesting because of the Sakura Trees and flower gardens that I have heard and seen over the internet, I told James to vote for Taiwan instead and true enough, it won! So, the final destination is Taiwan!

The second exciting thing was that we didn't know the travel dates would be earlier than our Japan trip! Our Japan planned trip would be in June but Taiwan will commence this month of March! It's just actually less than two weeks from now so I am a little excited plus, I am thinking this would be a little pressuring thinking that it is with the entire group of employees.

Just so you'd know, the entire group is more or less 60 persons. It's just crazy and their bosses were already laughing while stating that they are already becoming a travel agency while planning this. Anyway, let's move on.

As mentioned above, our travel dates happen in less than two weeks. But something happened, while James and I thought we should request that we would extend a bit and perhaps shell out a few thousands of pesos because of that, we were again surprised by their boss because they had a hard time finding for a flight which could accommodate everyone.

So, the workaround was to have a first group fly a day earlier and another group on the next day. Of course, we were delighted with that news so we opt to fly earlier.

And with that, I thought we will be covering our hotel stay for the first day then but to my surprise, the company's going to also cover the first night and we will have a full day free in Taiwan to roam around, go to whichever place we wanted to see before the rest of the group arrives that evening.

God is so good! We will be traveling together for free for our first international destination! I felt really blessed to find all of these things, so what we are going to think now would be our pocket money, get ourselves ready with all the camera gears needed so we can capture all the happenings during this trip. 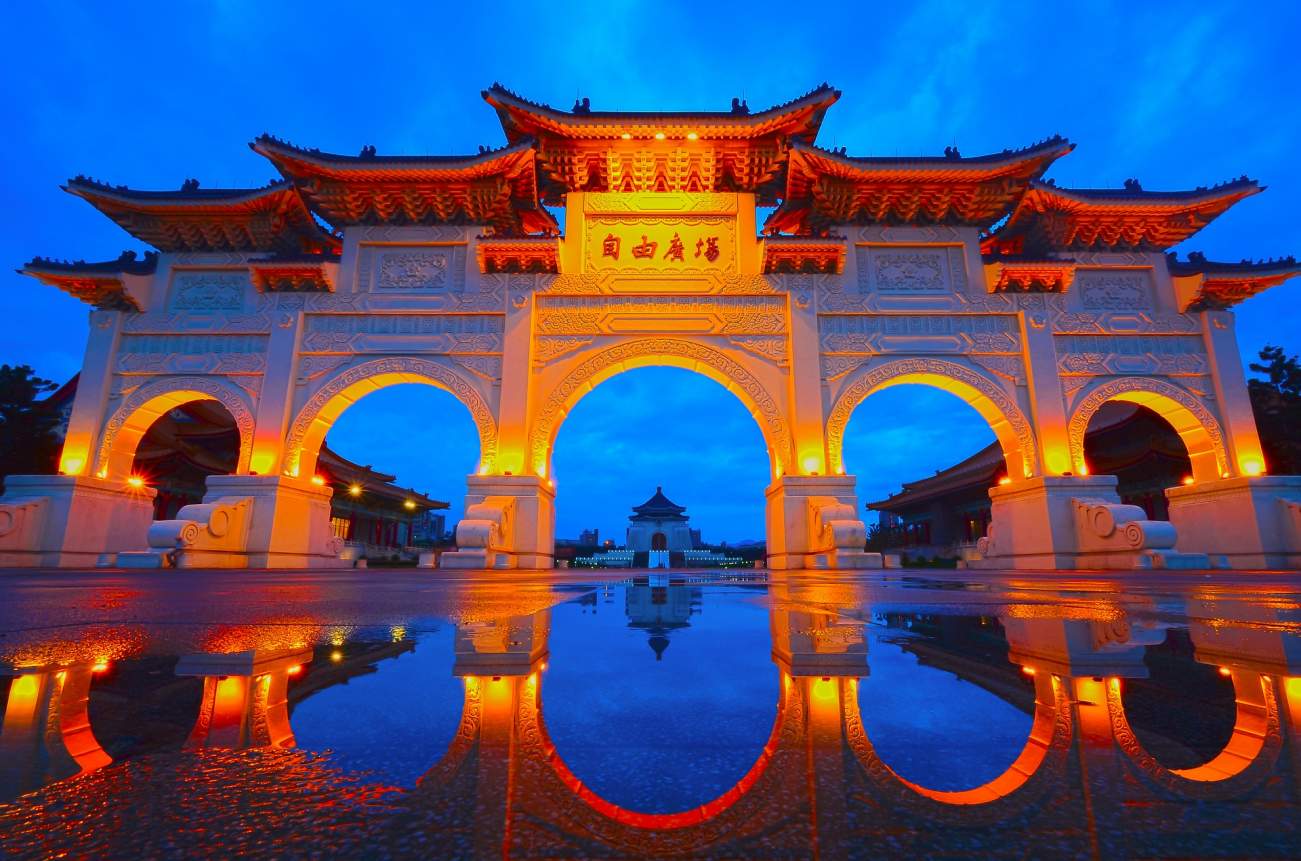 It excites me that this month is the month of Spring in Taiwan so I am already thinking of blooming flowers. But I didn't start looking for which place to go to until James' company HR would provide us with their own itinerary. Of course, we don't want to go to a spot which they had already planned.

But then, they have not shared the itinerary just yet until this day so I thought, I should just research on my own instead. So here are the places that excite me upon looking online for the best spots to visit in Taiwan:

As Taipei 101 is the most picturesque landmark of the country, I suppose we must get a shot of it. Either by day time or night time, that wouldn't be an issue for me though.

It is quite interesting to know that once in history, it was named as the tallest building in the entire world. Today, it is an upscale shopping mall and has the fastest elevator in the entire world! Wow, that makes me want to try riding on their elevator one day!

But I was amazed to find out that their malls open only at eleven in the morning so I guess we can check this out and take photographs from afar early morning depending on our hotel location.

On my research, it states this is the closest park to Taipei and that's very convenient plus it offers a close-up view of cherry blossoms! OMG!

I can't wait to have our couple photos together with the cherry blossoms at the back and I can't wait to really see it in person. I do hope that by the next two weeks, these flowers are still available!

I was looking at some Facebook groups that have featured this and it looked very interesting as there are flowers which are very pretty based on the images.

There was this image with a piano at the center of the garden and a wind miller too so that looks cool. Not to forget they got pretty tulips too!

Based on the articles found online, Jiufen Village was once a prosperous town with unique teahouse culture so as a tea lover myself, this is definitely getting on my list!

This village's photos online looks like those that show on movies so that's really exciting!

The intricate roof designs and column sculptures interest me a lot so Taiwanese Temples are part of our plan. We want to take photos of these of course like those available in postcards.

It would be interesting to get up like a local Taiwanese and take portraits while facing the temple or perhaps have a couple of shots too!

I found that most temples have free access fees but they encourage donations so that's totally understandable.

Of course, the famous bubble tea! I won't go home from Taiwan without having a taste of their famous bubble milk teas! And some interesting Taiwanese foods too!

So, that's it! It's not yet final but most probably, these are the things that we will be doing while in that country. Both of us are not sure how things would work out because of course we will be in a group of 60 or more so it might be hard to take photos of places without photobombers but we will try our very best to get good photographs so I can also share the experience with you guys!