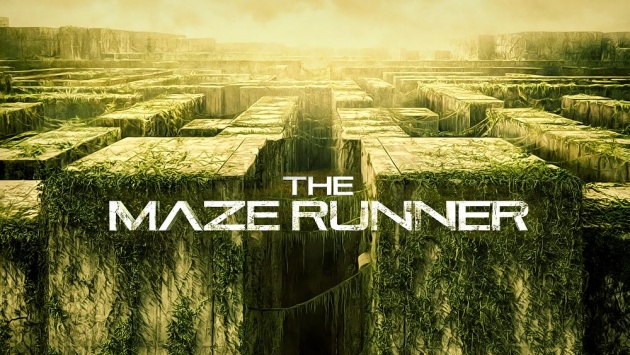 The Glade is a nice place, as far as it goes. What it lacks in indoor plumbing and cable television, it makes up in ambiance. Green and fertile, it offers its occupants land enough to grow crops and raise goats, shelter enough to sleep and eat, space enough to walk and wander … until you hit your nose on the towering gray walls that surround the place. But if you contentedly stay within those walls, you'll be as comfy as a cat in the sun—as safe as a baby in a large, leafy womb.

Thomas' first impressions of the Glade are much like everyone else's when they arrive: confused. Drugged into a state of amnesia and zapped into the Glade via underground lift, he arrives not even knowing his name. Glade residents call him "greeny," just like they do everyone at first—assuring him that he'll remember his name in a day or two. "It's the one thing they let us keep," longtime Glader Alby says.

With no memories to tell them what they were or should now be, the boys have created new lives in this strange world. Those lives are governed by just three rules set down by Alby: Do your part. Never hurt another Glader. And never go beyond the walls.

There are exceptions. Appointed "runners" dash through a slit that during daylight hours appears in a giant gate, exploring what lies beyond—a maze, it turns out. They're looking for a way out of its tangle, but it's dangerous work: The maze is full of twists and drops and worse, and the gate closes up tight at night. They have to return to the Glade before that happens.

Because no one who's ever been trapped in the maze overnight has survived.

Thomas is still learning about this new reality when something goes wrong: Alby and a runner named Minho went into the maze and are late getting back. A storm comes and goes and still no runners. The sun begins to sink and still no runners. Then, just as the maze gate begins to grind shut, Thomas sees them—Minho dragging the injured Alby. But they're moving too slowly.

Thomas leaps through the opening and dashes to Minho in a desperate bid to help. It's too late. They're trapped. The night has come. They're sealed in the maze.

And they begin to hear the skittering.

Thomas' leap into the maze was, logically, not the smartest thing to do. But his impulsive act of bravery turns out to be the right thing to do—the beginning of a positive pattern. When Minho is ready to turn tail and run, Thomas is determined to save Alby's life. And when a maze creature called a Griever bares down on them, Thomas figures out a way to fight back.

It's a turning point in the story. For years, the Gladers have grown increasingly comfortable in their green prison. Thomas dares question the status quo and suggests that they should be trying much, much harder to find a way out. "We don't belong here," he tells them. "This place isn't our home."

He's right. In a way, "this place" is a test. It's unknown whether the minds behind the maze want them to succeed or fail or die, but Thomas isn't concerned with that. He's determined to find freedom, even if he has to risk everything in the process. And eventually many of the other Gladers see that he's right, following his heroic lead.

The Gladers do not adhere, it would seem, to any specific religion, but their dealings with the Grievers sometimes seem to trigger creepy rituals. When the Gladers throw a party on Thomas' first night there, for instance, it's tricked out with a burning effigy. And when things start going wrong in the Glade, one guy tries to appease the maze creatures with blood. "This isn't a banishing," he says, as he ties another Glader to a pole in front of the maze gate. "This is an offering."

The Grievers are cyborg-like creatures—half mechanical spider, half slimy, fang-filled critter. They're sometimes smashed by moving maze walls, which turn their bodies into pulpy messes. Gladers find a computerized cylinder embedded in the brain of one, which they gingerly remove from the gory matter surrounding it. Some of the Grievers' mechanical parts are pounded off. Other Grievers are set on fire or forced off cliffs.

But it's the Gladers who get the worst of this confrontation, and many die. The Grievers' most feared weapon is a mechanical "stinger," which injects a poison into victims that makes them go crazy. (It also turns their veins black.) The beasties' mechanical tails are tipped with claw-like pincers that yank teens away from safety and allow the Grievers to, apparently, kill them away from moviegoers' prying eyes. Battles sometimes are waged amid blazing structures, and we hear the kids scream horribly as they perish. And it should be noted that not all the fatalities here are peripheral characters.

The boys watch someone (on a TV screen) point a gun at her own head and pull the trigger. We hear the shot and see their shocked expressions. A guy is shot in the chest (and blood spreads on his shirt). Another is skewered in the gut by a spear. We see images of badly burned bodies. A laboratory is strewn with bloodied corpses after men invade with blazing machine guns.

Thomas and others engage in a rough, sumo-like contest with Gally, the biggest and strongest of the Gladers. Thomas eventually gets his head bonked on the ground (which sparks the memory of his name). Guys sometimes hit one another, and a couple of people are knocked out in a melee. One Glader, "stung" by the Grievers, attacks Thomas and nearly strangles him. Thomas breaks free by smashing a nearby skull into his attacker's face. The two painfully tumble down a hill. Someone's stabbed with a syringe. Someone else purposely "stings" himself with a detached "stinger" (to try to regain memories).

Thomas is served a drink that Newt, another Glader, promises will grow "hair on his chest." (Thomas coughs when drinking it.) Later, that same brew is used to set a Griever on fire.

Thomas retches on his elevator ride up to the Glade. Another teen, infected with Griever venom, throws up black gunk.

The Maze Runner is loosely based on the bestselling first book of a young adult trilogy written by James Dashner. It's a dark, violent and sometimes profane movie. It's pretty intense, especially considering its roots in YA lit—hard to watch and, at times, hard to stomach. Even Thomas' elevator ride at the very beginning is a study in tension, compelling us to gulp down the confusion and fear our amnesic protagonist himself is feeling.

In the midst of that dank darkness, the story works hard to hit at some of the big issues teens deal with. You could argue that the womb-like Glade is a bit like childhood—a safe place to stay as long as you follow the rules. The wider world, then—the maze—is a dangerous, sometimes lethal place, a sad truth adults understand all too well. But as tempting as it may be for some, kids can't stay in the Glade forever.

As we observe the Gladers' struggle, then, we're led through a sometimes confusing landscape. We're told that "WCKD" (the initials found on supplies) is good. We're asked to sympathize not just with the kids fighting the maze, but understand—at least a little—the motivations of the people who built it. We see that Thomas feels, at times, a sense of calling—like he was meant to do something very important in the Glade. And yet, as he remembers more about his past life, he's struck by shame—the deep and crippling sense that he's no hero at all.

Newt bats away Thomas' fears and confessions. What he was before doesn't matter. "What does matter is who we are now," he says. "And what we do now."

It's almost as if Thomas' past deeds were wiped clean, and he is free to be the person he wants—perhaps needs—to be. Even if he can only be that person for a very, very short time.

Indeed, it's Thomas and his friends who provide whatever true moral clarity the film has: We may not fully understand the maze's purpose, but we do understand that Thomas is trying to do his very best in facing it. He's a Moses figure here, leading his people to freedom. Or maybe even a Messiah-like character, willing to sacrifice himself for a greater good.

Or he's just a kid looking out for his friends—a kid wanting to finally find true freedom.