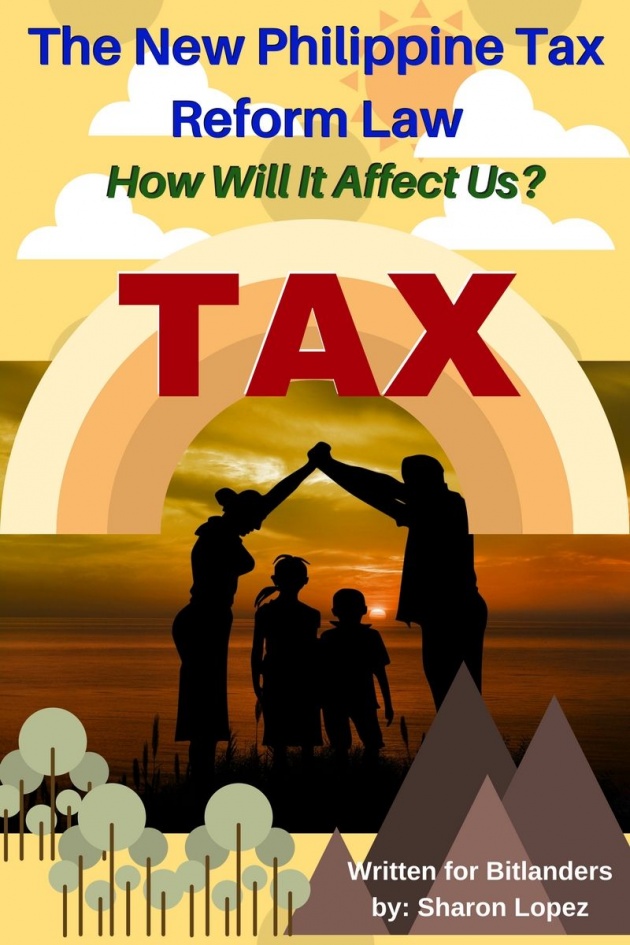 If there's one thing that we Filipinos is eyeing on this January 2018, it is the implementation of the Republic Act 10963 or The Tax Reform for Acceleration and Inclusion (TRAIN). The law which has been signed by the President Rodrigo R. Duterte on December 19, 2017, shall be effective starting today, January 01, 2018.

Not only the employed individuals, both in the government or private sectors are affected by the implementation of this law, but the whole nation in general. The law has made major amendments in Republic Act 8424, otherwise known as the National Internal Revenue Code of 1997.

The law aims to enhance the progressivity of the tax system through the rationalization of the Philippine Internal Revenue Tax System, thereby promoting sustainable and inclusive economic growth (Sec. 2, Paragraph (a) of the RA 10963 or TRAIN).

The Tax Reform for Acceleration and Inclusion (TRAIN)

According to the Department of Finance (DOF),

The Tax Reform for Acceleration and Inclusion (TRAIN) is the first package of the comprehensive tax reform program (CTRP) envisioned by President Duterte’s administration, which seeks to correct a number of deficiencies in the tax system to make it simpler, fairer, and more efficient. It also includes mitigating measures that are designed to redistribute some of the gains to the poor.

One of the major and positive effects of the law is the exemption of the minimum wage earners from paying taxes. 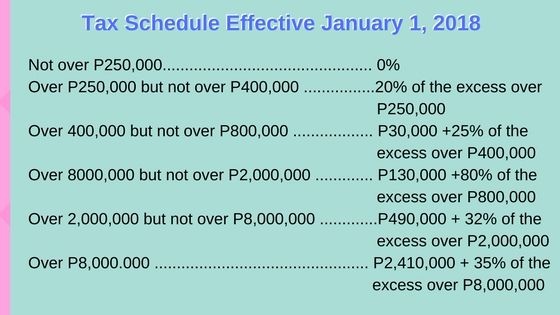 Here is the Tax Schedule Effective January 01, 2023 and onwards: 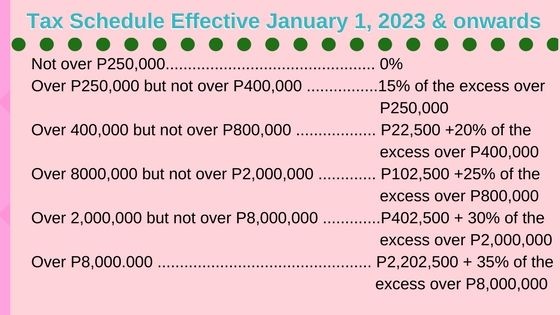 The Minimum Wage Earners Are Exempted From Paying Taxes 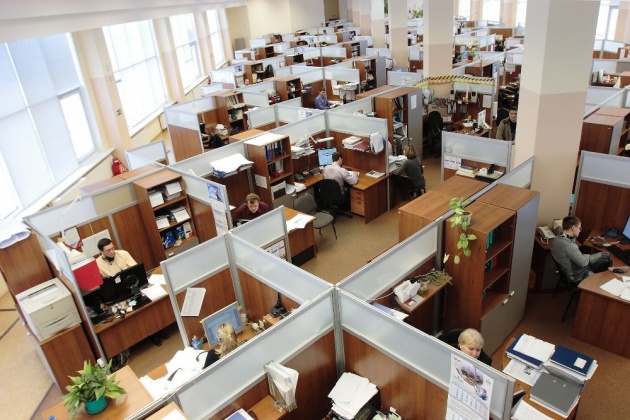 With millions of minimum wage earners in the country today, this exemption policy will surely benefit those who are earning a minimum wage. Being exempted from the tax would result in the increase of net take-home pay.  The amount can be used to provide additional food on the table of an ordinary individual. A great move for the elimination of poverty in the country, which is among the sustainable development goals. 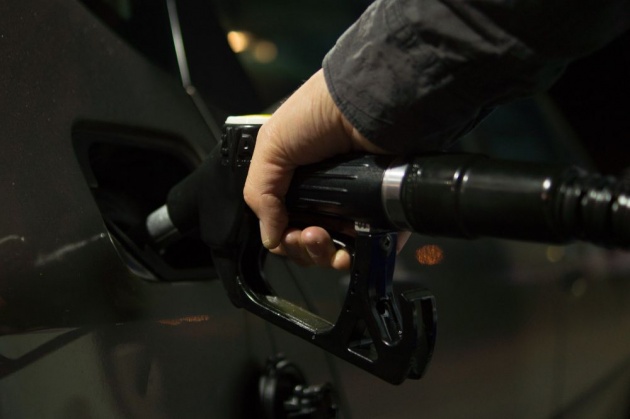 However, along with the granting of an exemption to minimum wage earners is the increase of taxes on different commodities. Including but not limited to cigarettes, sugary beverages, liquor, cosmetics and petroleum products among others.

On the analysis of an ordinary individual, the exemption granted on taxes has no effect if the price of the petroleum products will be subject to high taxes. An increase in the prices of petroleum products will demand an increase in fare and eventually will cause the increase of prime commodities. Such scenario will only cause to worsen the current situation instead of resolving it.

Although we could not tell this early since we haven't been able to fully understand the law as of yet. We believe that this law has been long studied by people with exceptional intelligence before it was approved. And we further believe that the people behind the approval of this law are working for the benefit of every Filipino especially those who belong to the poor sector.

So much so, the author believes that imposing a high excise tax on cigarettes and liquor is an excellent move. This will cause to minimize intake of these products which we know are detrimental to the health of an individual. We will not only increase the revenue but we will also lessen the impact on the health of the people.

Where Will the Tax Go? 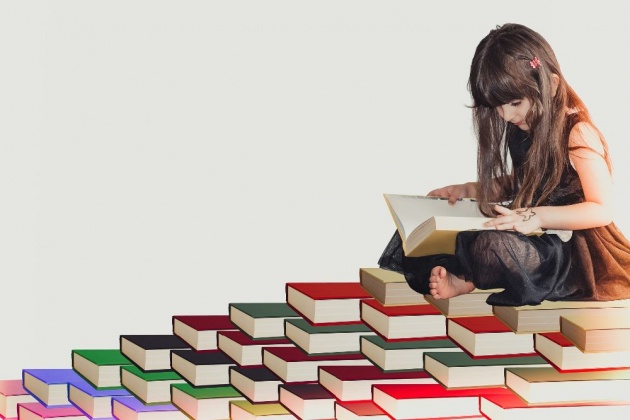 Looking closely, we can say that the government aims to increase revenues in order to provide projects that would strengthen the education system by building more classrooms, hiring more teachers and achieving a 100% enrollment and completion rate. 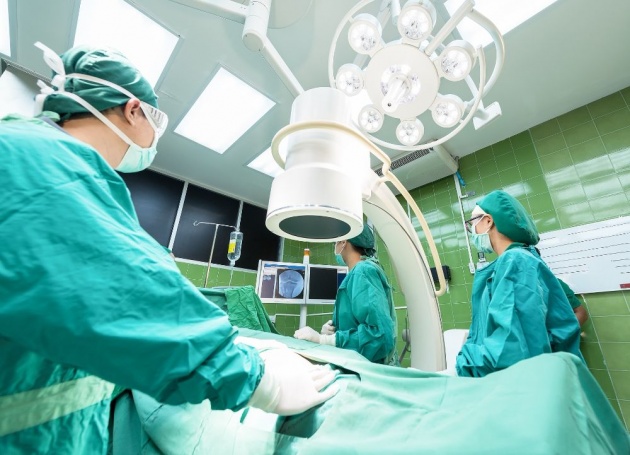 Upgrading the health establishments, wider coverage of Philhealth benefits and hiring more doctors, nurses, dentist, pharmacist and other health workers are some of the programs of the government to address the current issues in healthcare services. Included in the plan is the establishment of additional barangay health stations as well as disaster resilient establishments facilities which is extremely important knowing that we are a country which is prone to calamities especially typhoons. 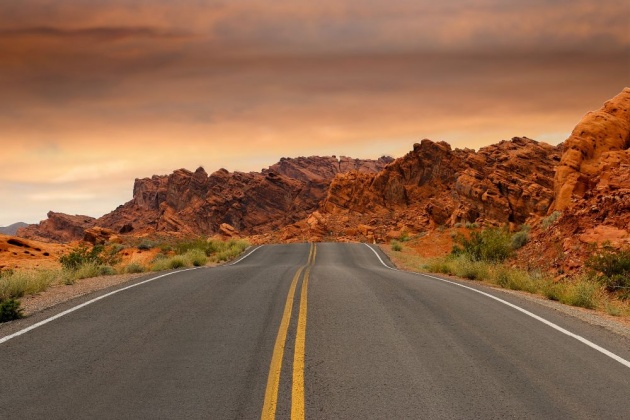 Roads and bridges are crucial in the development of our country. We can truly achieve an economically successful nation by having well-built roads and bridges which will be the way to transfer of products from one place to another. Additionally, flood control projects are equally important for the safety of everybody. 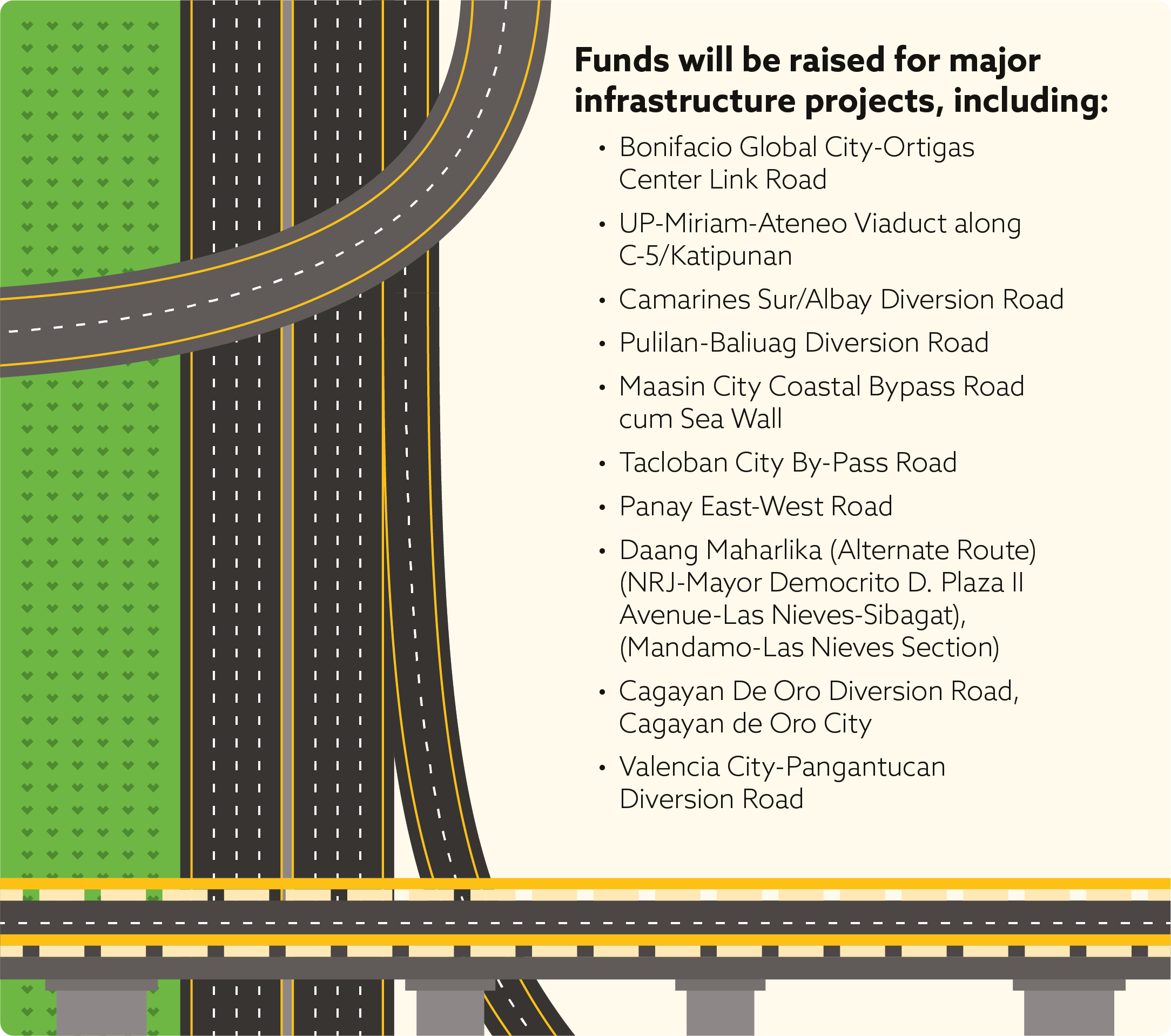 Maintenance of existing roads should also be prioritized. Since our country is occasionally being visited by typhoons and other calamities, and oftentimes extreme rain would happen, the roads would deteriorate faster, thereby causing great disturbance to travelers. Not only that, this situation may cause the lives of many due to road accidents. 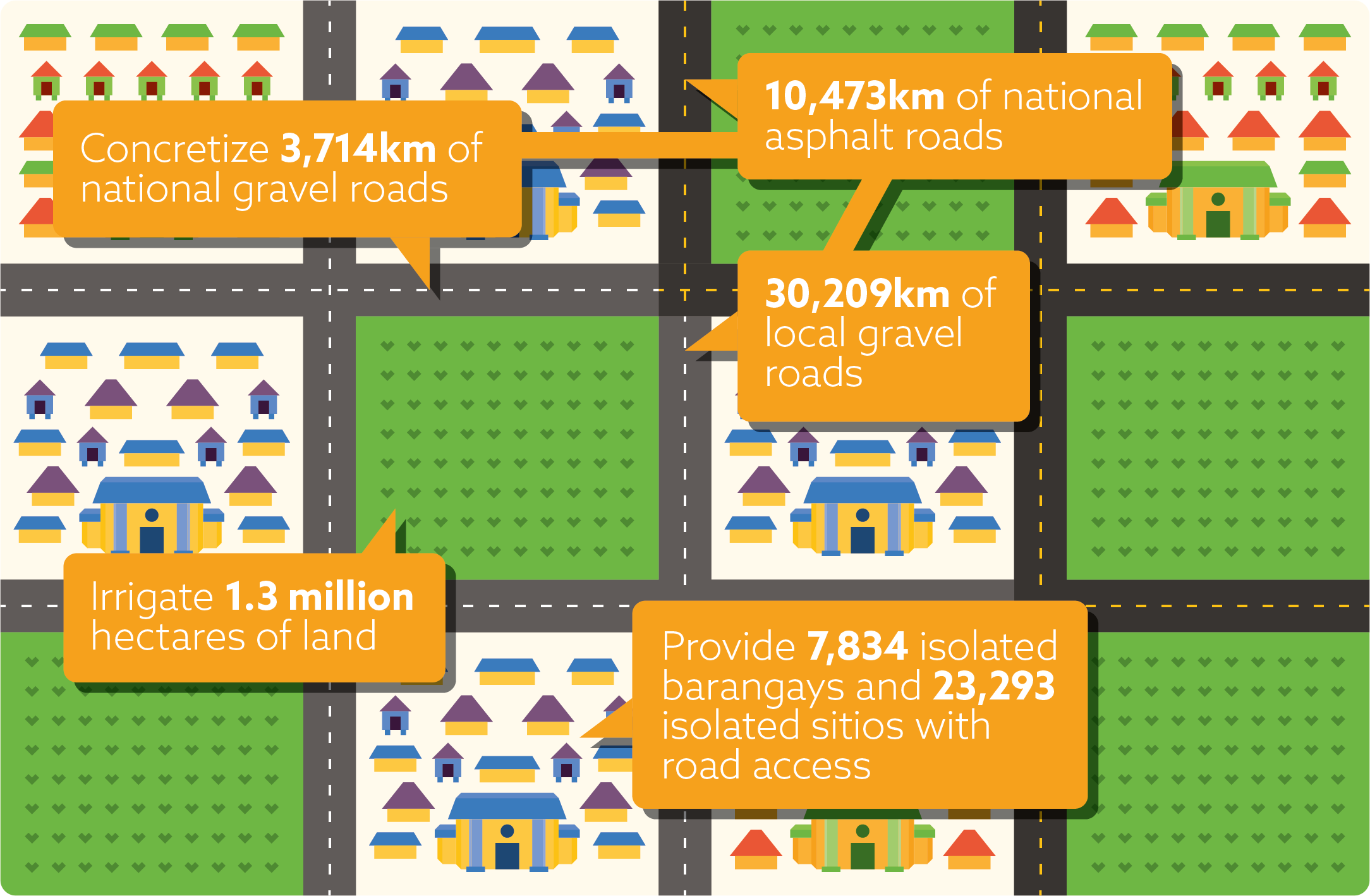 On the final thought...

I believe that the government, much as they want to raise revenue for the completion of development goals for the country, is finding the most effective way without sacrificing the welfare of the common taxpayers. I hope that this new law will benefit the entire country so that we may be able to achieve the goals we long been aiming for. Updates on the implementation of this law will be posted in the coming days.

Thank you for reading my first blog post in 2018. You are free to share your opinion on the above topic on the space provided below. Have great new year!

Meanwhile, here is a Querlo Chat for you...

Graphics with content from RA 10963 were created through Canva.com

Would you like to earn from sharing your ideas, videos, and photos? Join us in Bitlanders!

Additional Note: The sites mentioned in this post are for information purposes only and links are provided for easy access. The author does not receive any remuneration from the said companies or sites.