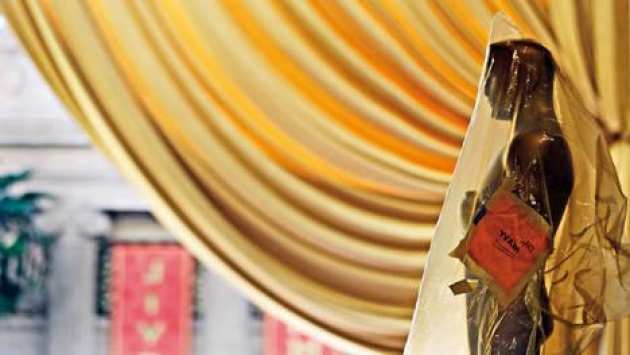 Still wrapped One of the statues that adorn the ceremony tonight, right in Hollywood.

Still wrapped One of the statues that adorn the ceremony tonight, right in Hollywood.

After two years in that awarded European cinema, Hollywood is preparing to place himself, with films like "Argo" and "Lincoln" as major candidates, with strong nationalistic spirit, and very blockbuster.

Now when the nominations were announced for the 85 ° Oscars, that TNT will broadcast this evening from 21.30, one thing was clear . After awarding the English King's Speech and the French artist, the Academy of Hollywood navel-gazing again and films most likely to win the statuette main nationalist have strong roots.

Besides, are successful at the box office. More can not be asked, say academics.
's Argo, Ben Aflleck, which seemed to run from behind, wiping comes pre-Oscar awards. The fiction of a fact-release American embassy staff in Iran, with the crisis of 1980-s background for the favorite tonight, moving to Lincoln, Steven Spielberg, on the final months of former president and his obsession with abolishing slavery ... A theme-that of slaves, which is the western part of Django unchained by Quentin Tarantino. The darkest night of the search, capture and killing of Osama bin Laden, Kathryn Bigelow, and the bright side of life , of David O. Russell, new twist on the American way of life, give examples of how the eyes of the Academy turned inward.
And if tinted patriotic best.
Anyway, the ceremony will have some surprises for viewers, year after year are more reluctant to follow at home. There will be strong musical numbers-the unpredictable and sarcastic Seth MacFarlane driver also sing after the ultimate prize-a tribute to the 50 years of James Bond and countless stars on stage.
As the directors not selected in the top five filmmakers Affleck , that statue looks set to Spielberg, who already has two. As for best actor, Daniel Day-Lewis would be the first to win three Oscars for best lead actor, after my left foot and Be Blood. Best actress Jennifer Lawrence may be (22 years), the widow of the light side of life-eye: can generate more surprises, or Jessica Chastain, at night more ...
The items of interpreters are always generated more expectation, and there is the beautiful and beloved in Hollywood Anne Hathaway to tear up on stage and thank the Dolby Theatre renamed its award for best actress for her Fantine in the musical Les Miserables. And among the five candidates for actor-as we said last week, all already have in your home an Academy Award-, Christoph Waltz, for his bounty hunter ... Django should win. Tommy Lee Jones for his abolitionist in Lincoln, second in the betting.
Tarantino and Russell may be options for best screenplay, original and adapted, if not win the darkest night and Argo or Lincoln. An extraordinary adventure will take some technical prize (? Photograph to the Chilean Claudio Miranda?), But Ang Lee as the second part of Spielberg for director, and the wild southern girl and can give happy with their 4 nominations, all important ( film, direction, leading actress-Quvenzhané Wallis, with its nine years, the youngest candidate in history in that category-and adapted screenplay.)
If Hollywood wants to place himself, nobody should spoil the party.