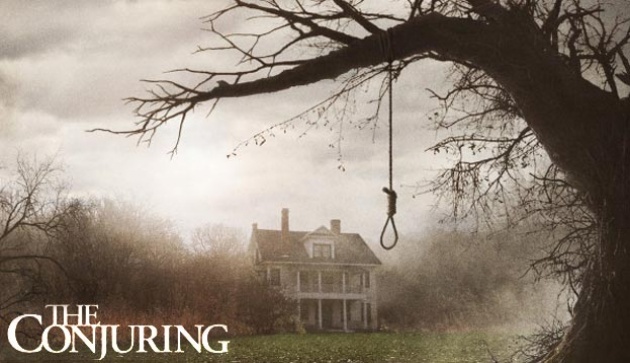 Moviegoers spoke loud and clear -- they wanted good, scary flicks this summer!  "The Conjuring," one of the best horror movies I've seen in recent years (review below), scared the overcrowded box-office competition and emerged as the No. 1 movie in America!

Budgeted at $20 million, "The Conjuring" starring Patrick Wilson, Vera Farmiga, Lili Taylor, and Ron Livingston from director James Wan ("Insidious," "Saw") made $41.5 million much bigger than the opening for big-budget flicks such as "Pacific Rim," "After Earth," and "The Lone Ranger."

Meanwhile, another supernatural film, this one with the action team of Jeff Bridges and Ryan Reynolds flopped!  The $120 million "R.I.P.D." only managed to make $12.76 million for the No. 7 spot at the North America box-office.  The film didn't do well internationally either, only managing $6.8 million for the No. 10 position.  Ouch!

Other new releases did not fare well either.  "Turbo" could be the first animated flop of the summer with $21.5 million at the box-office.  The R-rated "The Conjuring" beat the DreamWorks Animation movie.  Heck even the 3-week old "Despicable Me 2" managed to sell more tickets with $25 million total.

Even a sequel like "Red 2" starring Bruce Willis, Helen Mirren, and John Malkovich underperformed at No. 5 with $18.5 million.

"The Conjuring" was my pick of the week, and I'm glad moviegoers agreed!  It's a fantastic film!  Here's my review again, and the Top 10 Box-Office list is below.