Yosemite National Park in beautiful Mariposa County welcomes you to experience this majestic park in all four seasons. Explore things to do, such as seeing awe-inspiring vistas, granite icons, breath-taking waterfalls, and discovering fascinating history, all while staying in Yosemite and Mariposa County. Whether it’s your first time visiting Yosemite National Park or you’re a seasoned veteran traveler, you’ll always find something new to do here. Search for events, lodging, dining, directions and more. 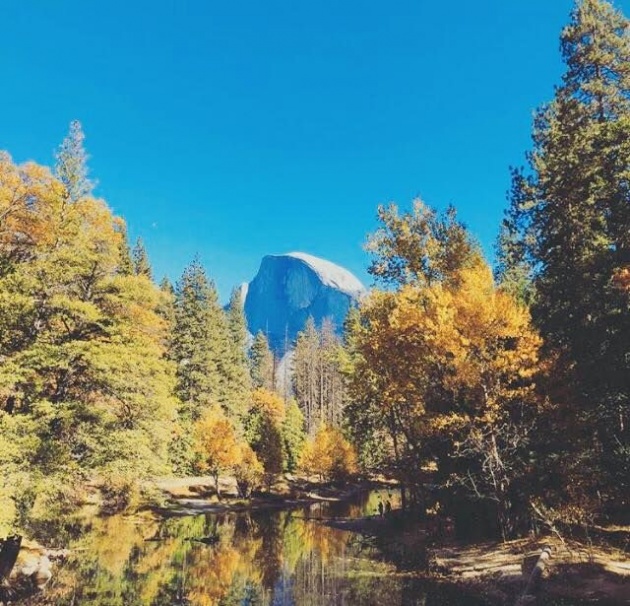 It takes 165 miles away to leave San Francisco for a trip to the Yosemite National Park. Yosemite National Park/ Yosemite Valley at the Western Slopes of California in Sierra Nevada is managed by the National Park Service (the department of the USA that manages the parks of the country since 1916) accordingly. Based on the report, there are approximately 4 million visitors of the valley/park annually that most of them didn't like to go back to their cities and homes once entangled.

The east of the valley is the entrance to start seeing the extensive TUNNEL VIEW. This tunnel was first introduced to the world since 1933.

Not just the scenic tunnel views, of course, there are many reasons to visit the Yosemite National park. Its natural entertainment can positively heal our depressed spirit. We will be at peace to see the thundering falls, old trees, majestic rivers, springs, wildflowers, the mist trails, wild animals, and the canyons.

The Name of Yosemite National Park

Before the park was given a name, violence, and shedding of the blood between the tribes and soldiers had fallen out since the exploitation of the people formed. The CLIFORNIA GOLD RUSH in the midst of 19th century came on the scene in which the native settlers' dilemmas were put together. The strangers in European-American descent who established the group did make headway to the valley with a surprise by discovering the abundant resources of the place for mining. One of the ethnic groups that lived in the place is the AHWAHNEECHEE tribe led by Chef Tanaya. The member of European-American battalion Dr. Lafayette Brunnel was slowly discovering the magnanimous landscape of Yosemite. During his return to Europe, he wrote the book "The Discovery of the Yosemite." Dr. Brunnel named the Yosemite while on an interview with Chef Tanaya of Ahwanee native group.

The Miwok tribe had no liking of suppression of the Ahwahneechee tribe in their territory. The tribe has a Pai Ute band they called YOHEE'METI. It's identical name had reflected the tribe's murderer character.

The name "Yosemite" (meaning "killer" in Miwok) originally referred to the name of a renegade tribe which was driven out of the area (and possibly annihilated) by the Mariposa Battalion. Previously, the area had been called "Ahwahnee" ("big mouth") by indigenous people.

In the middle of war in the valley, it came to an end. The name Yosemite became prominent.

The Yosemite National Park is inhabited by Native Americans with the employed Indian Descendants as servants and laborers. Later on, Indians have become a part of the tourist attractions of Yosemite. Their selling of masterpieces like baskets and ethnic kinds of stuff are displayed at the "INDIAN  VILLAGE OF AHWANEE" at the Yosemite Valley Center.

At the right side of the east, we can see the long misty falls and can hear its thundering belt. This WATERFALLS leads us to the strong spring and rivers that are full of plain rock-floor. At the left side, we can view the unusual granite. The background is in the half domes to head off to the valley. The tunnel view is a short drive, one of the park's finest activities. We will undoubtedly love to breathe with the enlivening fresh air and the fragrance of verdant greenery. "Am I in utopia?" Surely we can ask ourselves to be in this dreamy-spectacular place.

The fall has three sections: upper, lower, and middle falls about 2.425 feet. Around May month, it reaches the peak of the valley. The custodians believed that it washes our SPIRIT FREE FROM CHAINS once we unwind in front of it. The chance of MARRIAGE will happen soon. 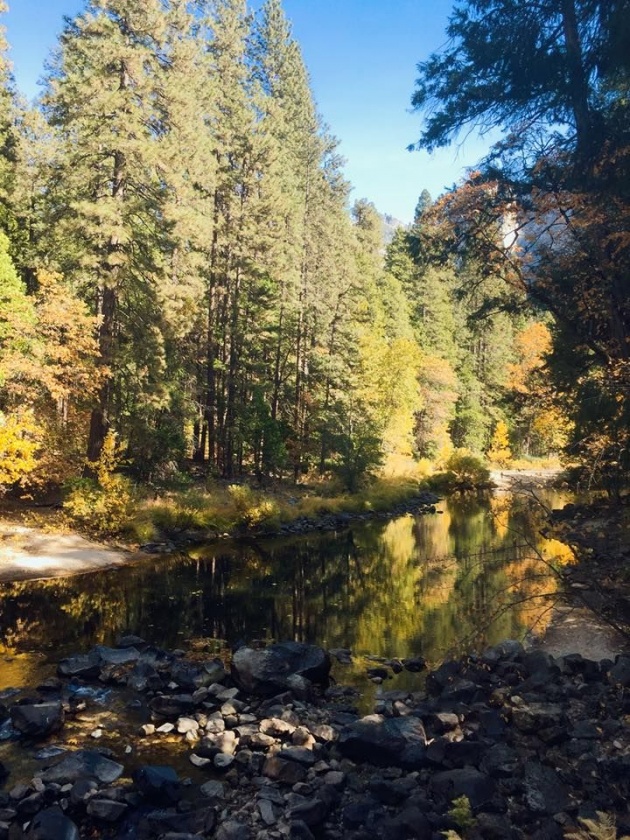 The river leads the way as if we lived in the GARDEN OF EDEN. The crystalline water illuminates the shadows of the pine trees bordered along bridges and pathways, the flourishing bushes and wildflowers.

The Best Time to Go There 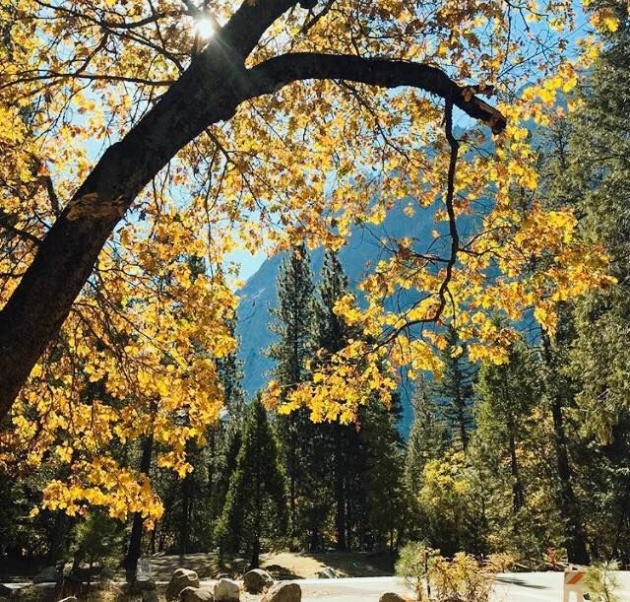 Between May and November are the best seasons to visit the place because the road is opened at the Glacier Point. The Glacier point is the spot of the valley heading off to the view beyond the Yosemite Valley.

If you want to see the wildflowers, you can visit in July and August. The meadows bloom so much within these times. Subalpine meadow is a different wildflower.

Hours of Travel from Neighboring Cities to Yosemite National Park/Valley 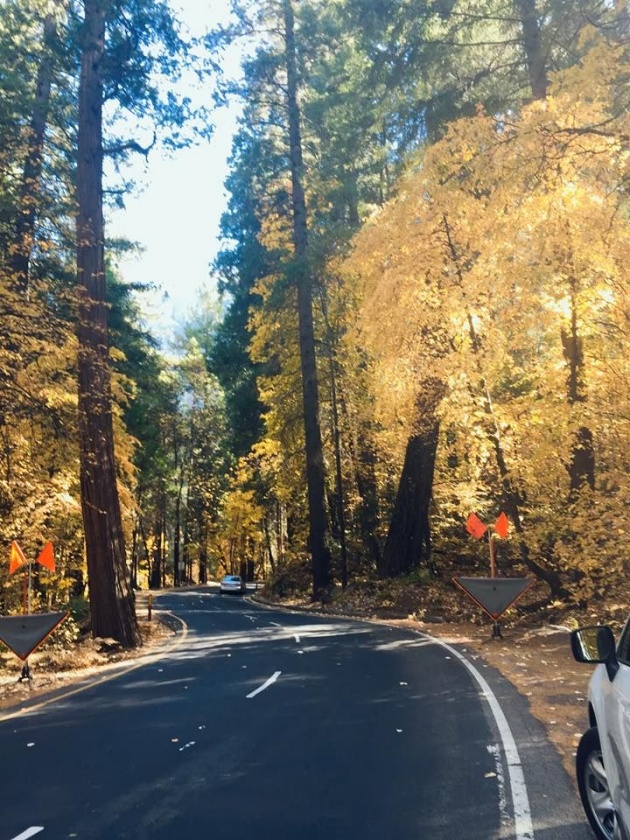 Going shortcut to Yosemite Valley from the west side of SAN FRANCISCO is 3 hours and 3 minutes land travel heading off to the south about 167 miles away. The non-shortcut tour is driving the way to the north of Berkeley road from Oakland. After the Berkeley road heads to Walnut Cord, Concord is the next place to pass by. The non-shortcut takes 2 hours and 21 minutes of the land trip within 177 miles distance.

A trip from UTAH is about 12 hours land trip from North East to the southwest of Las Vegas, to West California, and finally to the park. The time duration is 12 hours and 46 minutes in distance of 840 miles. It's a shortcut. The no shortcut, however, is certainly 14 hours and 13 minutes away within 817 miles from the northeast of Utah, that goes to the west of Nevada, passing by the Sacramento, and finally to the valley. The second no shortcut from Utah travel is heading from the South East to the east, to the West Valley City in Northwest, to the South West of Reno, to the Sacramento, and finally to the south of Yosemite National Park.

If you travel from places unmentioned, surely you have your GPS and NAVIGATION on your phone and car to help you. However, it is better to bring the paper map in case of an emergency.

Tips you shouldn't forget before heading off to Yosemite National Park 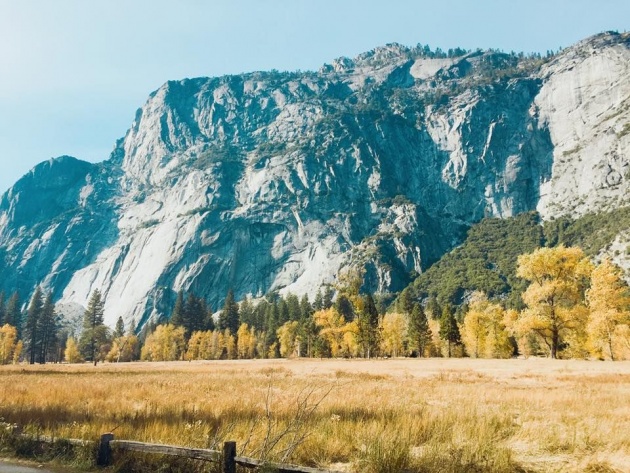 Walk from the Glacier with a Panorama Trail at the Glacier Point if you DISLIKE the crowd. Through it, you can avoid many people and can exercise. You will absolutely love to hike if you are enclosed with the marvelous views you have not seen in your whole life. Don't worry, it's not a long walk. Once you see the entire landscape, it will be very fulfilling. Many people take pictures to be posted on their social media accounts standing at the Glacier Point in which the entire picture of the heights and canyons are VISIBLE.

Don't forget to seek the snow cone during winter that can be formed and seen at the base of the upper falls.

If you wanna see the grizzly Giant trees, the Mariposa Groves at the Wawona Basin, go to the Upper Groove to avoid the crowd.

If you wanna see the wildflowers and the entire panoramic view, walk at the Lembert Dome that is two miles away.

Drive properly and carefully to avoid harming the bears at the safer distance. Bring lots of foods to avoid hunger while you drive.

Image credits: Jean Beltran via Facebook I could have just ended my Mt. Kitanglad Agro Eco Farm or t…

Photo Credit: https://www.tourradar.com Why people need to travel? What are the benefits we could ge…

Not only northern areas in Pakistan, there is more

Hello bitlanders world, Hope you all are doing well. I have been seeing a lot of bloggers sharing th…

My Journey Outside Philippines – Part 2

Photo Credit: www.pixabay.com As I roved around this site, I noticed that there were a lot of conte…